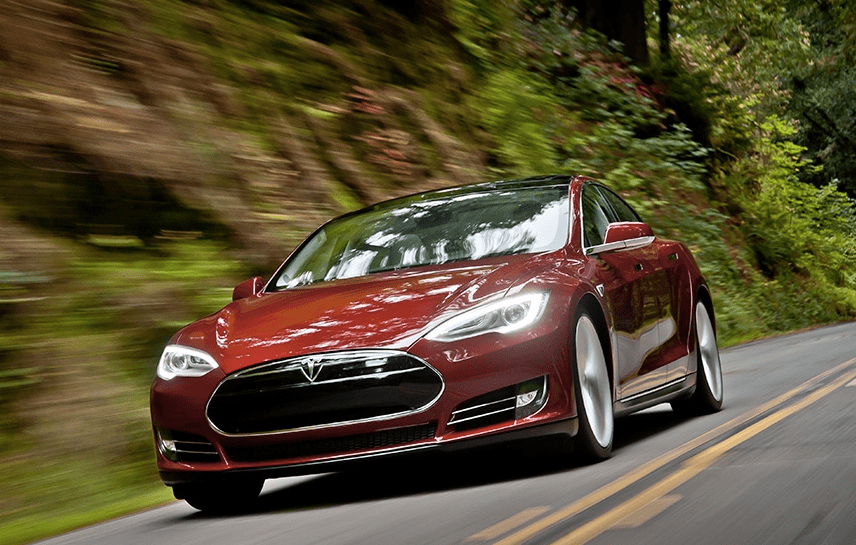 And the good news keeps coming for Tesla.

Just a day after the company reported record sales and its first-ever quarterly profit, Consumer Reports announced that the electric vehicle manufacturer’s Model S has received the highest test rating of any car in its 2013 car ratings. And just to put a cherry on top, the notoriously tough Consumer Reports writers say that the $89,650 Tesla Model S comes close to, and just may be, the best car ever.

“This car performs better than anything we’ve ever tested before,” Jake Fisher, Consumer Reports’ director of testing says. “Not just the best electric car, but the best car. It does just about everything really, really well.”

Because the batteries are in the floor, the car’s center of gravity is very low, Consumer Reports says, giving it superb handling. The Model S, which seats 7 with an optional jump seat, has “impressive power” and uses half the energy of a Toyota Prius, for a 200-mile range.

Tesla’s 17″ touchscreen, which drivers use to control the vehicle’s climate and other systems, is “like a giant iPad,” and almost as simple to use, the report states. And despite the fact that Tesla has only been building cars for a few years, the Model S performs better than vehicles made by manufacturers that have been building vehicles for over a hundred years, Consumer Reports says.

Tesla earned its first-ever profit of $15 million this past quarter on record sales of $562 million. In the earnings release, CEO Elon Musk said he anticipates demand of 30,000 cars a year in the U.S., Asia, and Europe. But with reviews like this, he may want to revise that number significantly upwards.

One note for those of us who don’t have $90,000 in loose change under the sofa seats: Musk promised that Tesla’s next model will be much more affordable.

“The Model S is priced substantially lower than the Roadster, and our third generation vehicle will again be priced much lower than the Model S,” he said yesterday in a statement.