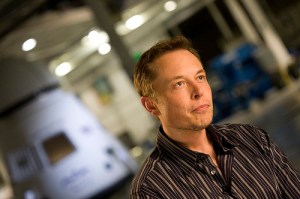 The personal life of Tesla Motors chief executive Elon Musk might muddy the waters for his company’s plans to go public.

In Silicon Valley, business can be personal. Tech companies preparing to go public routinely note how dependent they are on the services of their top executives. High-profile electric automaker Tesla Motors is planning an initial public offering of stock and developing an all-electric sedan, the Model S. But the company is staying silent on the matter of its CEO Elon Musk’s pending week-long divorce trial, which begins Monday in Van Nuys, Calif.

The trial is significant because it could lead to him losing control of the company. Depending on how the trial goes, the divorce could force him to give a significant portion of his shares to his wife, and that has several ramifications for Tesla and its IPO.

Documents filed with the Superior Court of Los Angeles show that the divorce case is now scheduled for a five-day trial starting Monday, May 3. Elon Musk, who separated in the summer of 2008 from his wife Justine, a successful novelist, has previously characterized his divorce proceedings as friendly.

“This trial involves a contest over a postmarital agreement that was signed” in March 2000, six weeks after their marriage, according to Marshall Zolla, Justine Musk’s lawyer. “This aspect of the trial is not amicable.”

An ugly divorce would normally be mere fodder for celebrity weeklies. But under California’s community property laws, Justine Musk could gain stakes in Tesla and Elon Musk’s other companies, SolarCity and Space Exploration Technologies, Zolla said.

“Justine Musk is seeking to set aside the postnuptial agreement because of Elon Musk’s breach of his fiduciary duty to her,” said Zolla. “The interest in Tesla Motors, SpaceX, and SolarCity, she is contending are community property.” 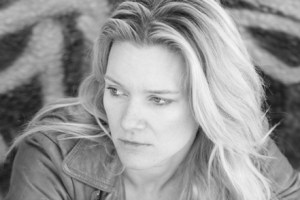 Elon Musk’s personal shareholdings in Tesla are a matter of deep interest to potential shareholders. The company has a $465 million loan from the Department of Energy. One condition of the loan, according to the company’s most recent S-1 filing:

A default under the loan could affect development and production of the Model S and other parts of Tesla’s business, according to Tesla’s S-1 filing:

“Any failure to obtain the DOE funds or secure other alternative funding could materially and adversely affect our business and prospects. Such additional or alternative financing may not be available on attractive terms, if at all, and could be more costly for us to obtain. As a result, our plans for building our Model S and electric powertrain manufacturing plants could be significantly delayed which would adversely affect our business, prospects, financial condition and operating results.”

A diminution of Elon Musk’s stake in Tesla could also unsettle the balance of the board of directors, most of whom were appointed by him or his representatives. VantagePoint Venture Partners, an investor in Tesla Motors, had previously sought to reduce Elon Musk’s control over the board, according to a source close to the company. Any reduction in Elon Musk’s stake could open the company up to boardroom maneuvering, which could have an unpredictable impact on the company’s strategy, as well as Musk’s commitment to Tesla.

A representative for VantagePoint said no one was immediately available to comment on the firm’s relationship with Elon Musk. A lawyer for Elon Musk did not return calls requesting comment.

Ricardo Reyes, a spokesman for Tesla Motors, said, “We don’t expect the case to have an impact on the S-1 filing.”