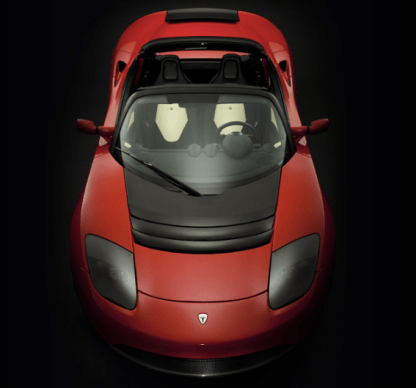 Big news for late on a Friday afternoon: Tesla Motors, the darling of the burgeoning electric car market, has filed for an initial public offering worth $100 million. If it pulls it off, electric vehicles will have officially gone mainstream.

Tesla was one of several companies in the cleantech sector named as likely IPO candidates at the start of the year, along with Silver Spring Networks in the Smart Grid space. With solar system maker Solyndra also filing in December, it looks like green might be one of the most active areas for public exits in 2010 — just as the Cleantech Group predicted.

But this isn’t your average public sale. Eyes have been fixed on the company’s success since its inception, both because of its sexy product and its notorious CEO, Elon Musk — who has been pushing toward this IPO for years. For this reason, its success could boost business for the whole electric car market, including competitors like Fisker Automotive, Th!nk North America, Coda Automotive and even General Motors with its Chevy Volt. However, if the filing languishes, or it doesn’t exceed $100 million, it could dampen excitement for the next generation of advanced vehicles.

It’s hard to imagine Tesla failing at this juncture. The company saw a series of wins in 2009. Not only did it achieve profitability in July due to sales of its hot $109,000 Roadster, but it swept the country with new showrooms in major cities, landed $82.5 million in new financing, even more from Daimler, and built up hype for its forthcoming sedan, the Model S. This more practical model, starting at $50,000 before rebates, should open up new sales channels for Tesla.

The company has also been shrinking its losses. It reported a loss of $31.5 million for the third quarter of 2009, down from $57.3 million the year previous. Its revenue also skyrocketed from a mere $580,000 to $93.4 million. This is an amazing turnaround for a company that was rumored to have $9 million left in the bank in the fall of 2008 when the downturn hit.

That said, Tesla is still losing money. This highlights a broader issue with cleantech companies looking to go public. A123Systems, which broke the seal on public sales in the sector last September, is still in the red. Solyndra also is a long way from profitability. Clearly, losses have no bearing on how big a sale can be — A123’s exceeded expectations by almost 50 percent— but will shareholders be willing to stick with stock that may not break even for months? Years?

Tesla could be an excellent case study. Its executive team has already admitted that it will probably continue to lose money until the launch of the Model S in 2012.

This will be the first IPO filed by an automaker in the U.S. since Henry Ford’s Ford Motor Company went public in 1956.