Unlike most automakers, Tesla doesn’t schedule redesigns, updates, and new features for its cars to coincide with traditional model years.

Aided by the fact that most of its new features are software-related, Tesla takes a more flexible approach.

Many new features are pushed to its electric cars whenever they’re ready, in the form of over-the-air software updates.

That means, when checking for the latest Tesla updates, the best place to look typically isn’t a company press release, but rather an owner forum.

The new capability lets drivers know how crowded a given Tesla Supercharger DC fast-charging station is while en route. 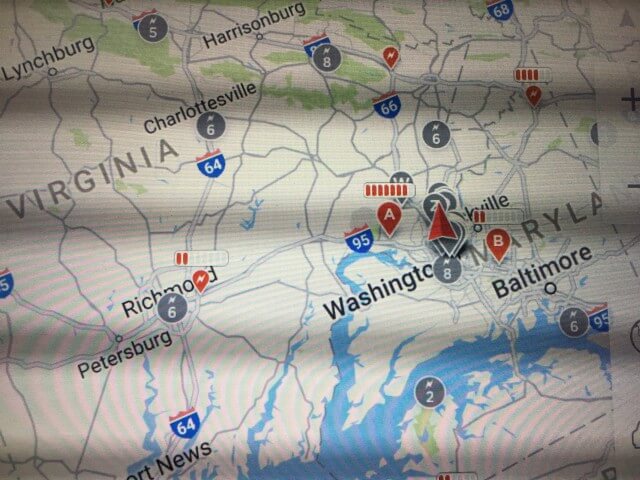 Tesla’s electric cars previously displayed Supercharger locations on their dashboard touchscreens, but the status feature was apparently added as part of the firmware update known as 2.52.22.

That’s the same update that added the “Ludicrous Plus” performance mode, which slashed the 0-to-60-mph acceleration time of the Tesla Model S P100D to less than 2.5 seconds.

The Tesla dashboard display overlays nearby Supercharger sites onto a navigation map, representing them with brightly-colored flags.

With the new live-status feature, touching one of these flags on the display map brings up an icon with horizontal bars.

Each bar represents a plug at that Supercharger site. When one of those plugs is in use, the bar is colored red.

Similar functionality is available from certain third-party charging stations and apps, too.

But Tesla owners in particular will probably find this feature useful.

Despite Tesla’s consistent efforts to expand the network, overcrowding at a few Supercharger sites has become an issue, especially during heavy travel periods, such as the holiday season.

It also ended unlimited free Supercharger use for new owners as of last month, although buyers do get a period of free charging after they take delivery of their cars.

That will make the new feature one that owners will likely value quite a lot.