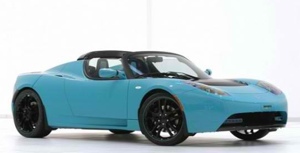 Much of the money is being used to help pay for development of its third electric car — the sport utility vehicle styled Model X — and comes less than two weeks after the offering was announced. The company’s CEO, Elon Musk, first alerted the market to the offering last month.

The company priced its offering of 5.3 million shares at $28.76 per share, or yesterday’s closing price. That’s a solid pricing for Tesla, considering it went public at $19 per share last year, and hasn’t proven to markets yet that it will be able to be profitable. A fair bit of skepticism has developed around the company’s prospects.

In addition, Tesla has given the bankers handling the offering — Goldman Sachs is leading — a 30-day option to purchase up to an additional 795,000 shares of common stock. The company said CEO Musk separately plans to buy 1.4 million shares of common stock at the offering price, while Daimler AG’s affiliate Blackstar Investco will buy up to 637,475 shares from Tesla at the same price.

Details about the SUV Model X have been scarce — one of the few facts known about it is that it will use the same power train as Tesla’s second car, Model S. The company has said it will be on track to be profitable once it releases the Model S next year, but that it wanted additional equity to help ramp up production of the Model X.