Tesla has been selected by South Australia to install what the company is calling the “largest lithium-ion battery storage project in the world,” following a spate of power blackouts across the state.

The announcement comes several months after Tesla CEO Elon Musk offered to fix South Australia’s power crisis by installing $25 million worth of battery storage within 100 days — or give it away for free if the company missed its target. This offer was in response to a comment by Mike Cannon-Brookes, cofounder of Australian software maker Atlassian, who said he would arrange funding and political support if Tesla could fix the state’s mounting power problems.

It’s not clear whether Musk’s promise played a role in his winning the contract, but it likely held some sway when South Australia was leafing through the bids.

The entire state of South Australia was hit by a blackout for up to a day last September after serious storms. This was followed by further blackouts in February of this year due to extreme temperatures. And this is what spurred the South Australian government to seek a sustainable energy solution that can kick into action when needed.

Tesla will provide a 100 MW/129 MWh Powerpack that will be powered by a wind farm belonging to renewable energy provider Neoen in Hornsdale, South Australia. The gargantuan power pack will charge during off-peak hours for use during busier periods when demand on the grid is at its peak. It will hold enough power for more than 30,000 homes “…approximately equal to the amount of homes that lost power during the blackout period,” according to a statement issued by the company.

Though Tesla is perhaps better known for its electric cars, the company has been increasingly dabbling in renewable energy and battery storage systems. Back in 2015, Tesla announced the Powerwall, a rechargeable lithium-ion battery that lets homeowners store power from solar panels. And last August, Tesla acquired sister firm SolarCity — Musk was also chairman and a shareholder in the company — with a longer-term view of selling electric cars, solar panels, and residential / commercial battery storage systems under the single Tesla brand.

A few months later, Musk unveiled his vision for the future, which includes houses replete with solar roofs. 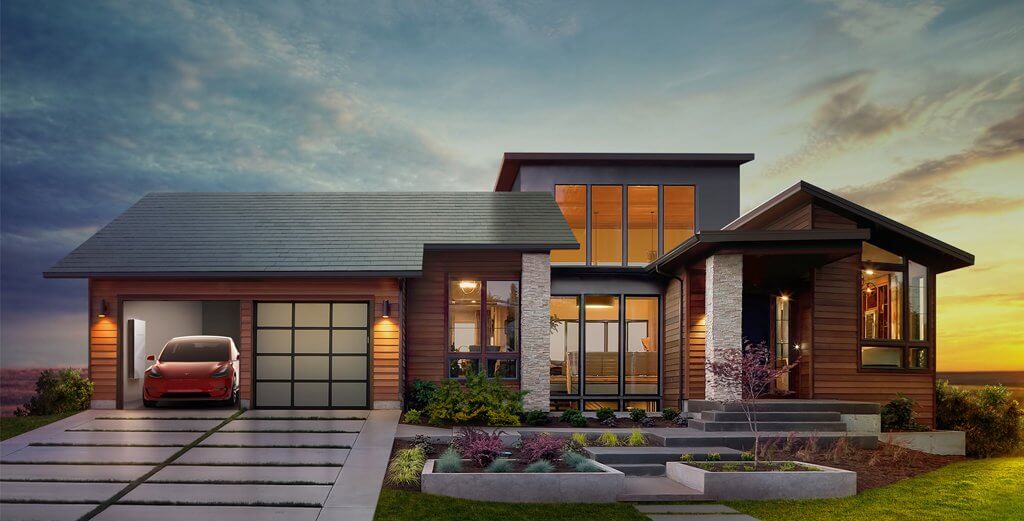 Winning such a major commercial contract in the renewable energy and battery storage realm provides a significant boost to Tesla’s longer-term aspirations.

It also leads us to two more questions: When will the system be complete and will Tesla have to provide it for free? Musk’s exact words back in March were:

Tesla will get the system installed and working 100 days from contract signature or it is free.

According to Tesla, the system will be complete by December this year — far more than 100 days from now — however it’s not clear exactly when the contract will be officially signed.