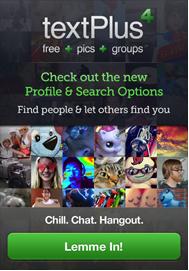 TextPlus, an application that lets groups send text messages to each other for free, just got an early present from Apple in the form of an approved and live version 4.4 application.

The company claims to be bringing a more social atmosphere to group texting, including adding features like “search” – which will help users find other users based on gender, age, email and others. According to a company representative, TextPlus has already seen a 45 percent increase in community messages since the updated app went live (that’s very early data).

With increased community engagement, TextPlus may see even better numbers than what the company has already shared, including adding more than 50,000 new users a day.

Rival group texting service GroupMe appears to be doing well with estimates of 200,000 texts going through its system every day, according to Mashable.

Marina Del Ray, Calif.-based TextPlus, founded in 2007, has raised a total of $13.2 million in funding. Kleiner Perkins Caufield & Byers participated in both rounds.