The AMPL Smart Backpack lets users take the power with them. The shock absorber-lined, water-resistant backpack is outfitted with three compartments for swappable, high capacity batteries that are powerful enough to charge everything from smartphones, to tablets, to 17″ laptops. The batteries feature Onovo fast charging technology to charge the batteries to 80% in an hour to avoid staying stuck to walls. Located throughout the bag is a total of six USB ports that funnel the energy, monitored and controlled by either a small, touch-capable OLED screen, or a Bluetooth-enabled companion app that lets users prioritize what gets charged first, along with keeping an eye on the internal temperature—all without opening the bag.

Fully charged devices are essential and backers clearly want to see this product hit the market. AMPL has raised 130% of its already ambitious $125,000 goal on Indiegogo. 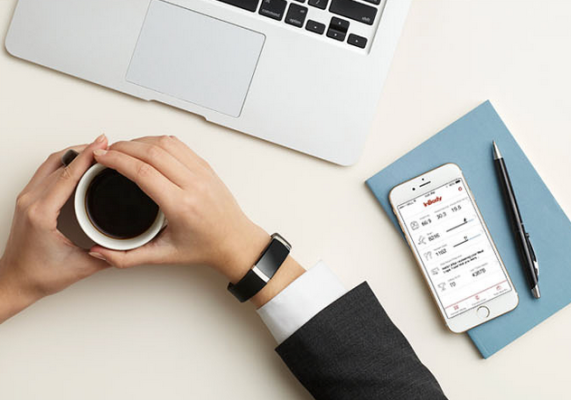 The InBody Band elaborates on the standard health wearable by taking the familiar and adding electrodes in order to measure the body’s composition.The four electrodes work in tandem by measuring bioelectrical impedance, which is often used to measure the body’s water composition, from which fat and muscle content can be derived. Together with the ability to track heart rate, steps taken, and sleep, the InBody Band is able to create a very detailed picture of the body over a period of time. In addition, it can also create call and SMS notifications for added convenience.

The InBody Band is extremely versatile and clearly exciting to backers. It has almost reached its $50,000 funding goal, but still has plenty of time left on Kickstarter to raise money. 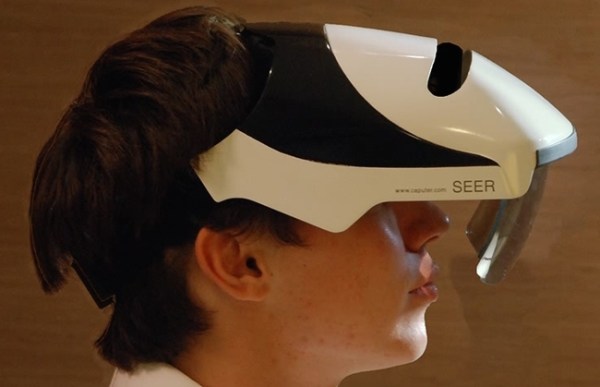 SEER by Caputer Labs uses a smartphone to fully immerse viewers into an alternative reality with a headset capable of displaying an impressive field of view of 100°. With so much screen space, experiences once limited by the un-augmented world creeping in on the sides are able to become so much more. The campaign touts augmented reality experiences that are already available on the iOS and Android platforms, but reinvigorated through the immersion SEER offers.

This virtual reality headset has already raised over $111,000 on Kickstarter. Its open source design and wide viewing range make it irresistible for backers.