Our friends at Backerjack bring us updates on recent successful gadget crowdfunding campaigns.

Nexpaq is seeking to bring customization into a new era with a case that can accommodate a wide range of modules, many of which communicate with the phones via Bluetooth. Up to six modules can be installed at any time and they’re all compatible with both iOS and Android. The modules include breath alcohol, temperature/humidity, and air quality analyzers, an amplified speaker, a laser pointer, two hot keys (to trigger events on the phone) an extra battery (in addition to one built into the case), an SD card reader, and up to 4GB of extra flash memory on a USB drive.

Nexpaq has already doubled its goal amount with weeks still left to go in the campaign. Its popularity certainly comes from the fact that it lets people keep their original phones. 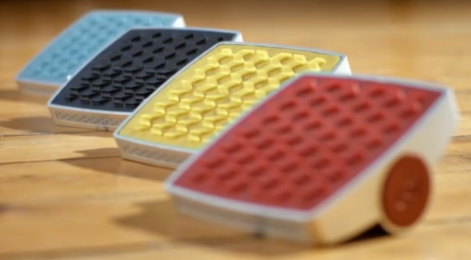 Connected Cycle Pedals were designed to be used for both anti-theft and fitness tracking purposes. Once connected to any bike, the device will instantly transform it into a smart bicycle. Although the pedals work in conjunction with an app for Android (4.0 and higher) and iOS (7 and higher) devices, users don’t need to have a smartphone with them while biking because the pedals have their own Internet connection. The pedals automatically record statistics and send them through the cloud to the app. In addition, the pedals will send users an alert on their mobile device if somebody moves the bike because the product is equipped with a motion detection system. If the bike is taken, the pedals have built-in GPS that will help users track their bike down.

This product has almost 1,000 backer who have helped raise 240 percent of the original goal. Anti-theft devices for bicycles and fitness trackers are certainly popular right now and Cycle Pedals are making their name in the market. Hook smartens up low-cost RF outlets and bulb sockets already on the market that use basic remote controls. By using RF-to-WiFi technology, each connected appliance can be synced to a smartphone once to be controlled from anywhere in the world. And it’s not just about turning things on and off via a phone. Users can take advantage of the product’s integration with the IFTTT simple rule system to set up custom events. An example would be flicking the lights when the bus is five minutes away.

Hook has raised half of its goal with time still left to go in the Kickstarter campaign. It has over 200 backers and its convenience and cost-effectiveness should help Hook meet its goal.