Podo (above) is an eight-megapixel Bluetooth camera designed to be attached and re-attached to most flat surfaces. Why? To make it easier for you to take selfies, of course! Its makers appropriately tout it as a “stick-anywhere camera.” Clearly, versatility is one of its strengths.

The 4GB Podo has three major modes: a photo mode for single shots, double exposures, and burst shots; a video mode capable of recording 720p video at 30fps; and an auto mode that captures content based on custom time intervals, which you can use for things like time lapse videos. The device can be synced up to a companion mobile app with support for both iOS and Android.

The selfie crazy is huge these days — so it’s probably not surprising that backers can’t wait to get their hands on Podo. The Kickstarter campaign has over a month left to go but has already quadrupled its goal, currently boasting over $230,000 in funding. 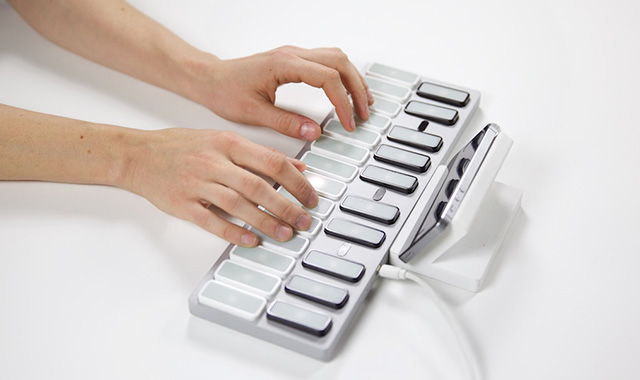 Keys is a modular, LED-equipped MIDI keyboard designed for both novices and pros alike. It’s compatible with widely used music software suites like Logic, ProTools, and Ableton. In addition, Keys can also be hooked up to computers and smartphones. The weighted keys promise you a comfy and responsive touch. Additionally, Keys incorporates gesture controls and an embedded proximity sensor, which will enable users to control a number of different parameters like octave and pitch while giving them the ability to sustain them with different movements.

With over $100,000 in funding and more than 800 backers, Keys is certainly headed for success on Indiegogo. 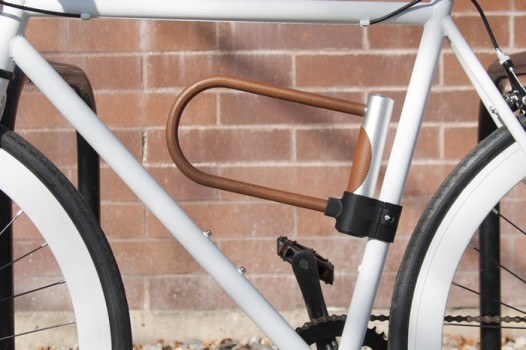 Noke U-Lock is a protective device that accommodates both bikes and motorcycles. After pressing the unlock button on the device, the lock seeks out a smartphone with the right code in the companion app — and disengages only when it connects. Noke has also built functionality for lending a bike into the app, and for revoking those lending privileges, so you can give someone the ability to borrow your bike and unlock it with the app. Consumers can also track their bikes via GPS built into the product. Apple Watch compatibility is in the works. And, bucking a trend, the company is even supporting Windows Phones in addition to iPhones and Android devices.

Noke has almost reached its $100,000 goal on Kickstarter, but has plenty of time left in the campaign to do so. Backers love the idea of a device that will not only protect their bikes, but also let them share their bikes with friends.