Fantem thinks a smart home should be much easier to set up, and its Oomi smart home system is the result of that. The system is primarily made up of an Oomi Cube and Oomi Touch. The former is the star of the show, a Wi-Fi and Z-Wave enabled device filled to the brim with all kinds sensors, cameras, and a motion detector all to learn the rhythms of a user’s daily life and react to anything unexpected. The latter is a 7-inch, edge-to-edge glass tablet with physical buttons that makes setting up any part of the connected home as easy as a tap and a touch. The primary parts of the Oomi system don’t operate by themselves. A few accessories expand the capability of the system and truly make a home connected.

With an initial funding goal of $50,000, Oomi has already drudged up over $500,000 in funding and counting all with the help of Indiegogo. 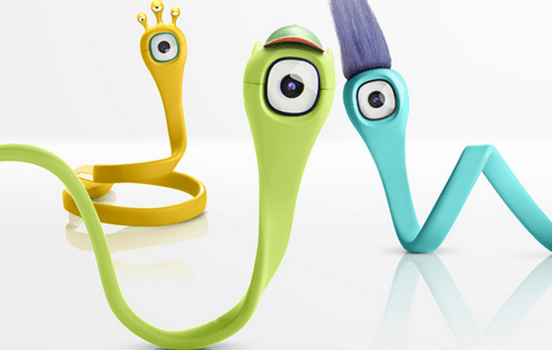 Flex Cam PIC takes a low-end smartphone camera (5 megapixel stills, 720p HD video) and throws it into a rubbery casing that allows it to be wrapped around a great variety of objects from bicycle handles to hula hoops. The device sports 16GB of flash memory and a small internal battery that’s good for only about an hour of video. Taking a cue from the action cam world, it shoots with a wide angle (124°) and is waterproof. While it offers remote activation via Bluetooth, images and video are transferred over USB for higher-speed transfer. But what the Flex Cam lacks in imaging prowess, it makes up for in personality and whimsical design.

Like the Oomi, FlexCam has raised over 1,000 percent of its original goal on Indiegogo. Backers will stop at nothing to get the perfect candid-looking selfie. 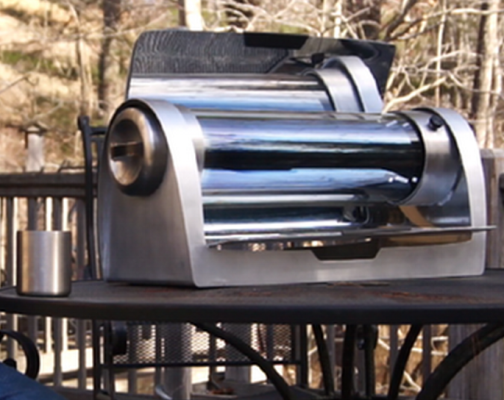 The GoSun Grill changes the grilling game with its solar technology. Fold out the reflectors in the sunshine for two hours and enjoy hours of cooking time. The thermal battery stores the solar charge and lets the grill be used at any time, even at night. This grill can roast, boil, steam, or bake anything you want. It doesn’t require any dirty fuel and is completely portable. The grill cooks anything evenly from 360 degrees for delicious, cleanly made food. Not only does this product display awesome potential for cooking, but also demonstrates the power of developing solar technology.

GoSun has raised over $200,000 in funding on Kickstarter and still has over a month left to go in its campaign. Grilling may never be the same again.