Mono is an open source, programmable platform designed to test ideas out on. The tiny device comes equipped with a 2.2″ TFT touch display, Wi-Fi, Bluetooth, an accelerometer, and a temperature sensor. Mono is a gadget as much as it is a development platform. As such, it can act as an interface for other custom ideas, or act on its own. By downloading tailored apps from the MonoKiosk app store, Mono can act as a one-touch light for Phillips Hue connected bulbs, or can display weather forecasts, for example.

In and of themselves, the applications touted by the Danish-made Mono seem fairly tame, but its potential is really in how makers end up utilizing and customizing it. Over 500 backers understand Mono’s potential and have helped this product reach 2/3 of its goal.

Why buy one device that does a single thing, or wait for apps to be created before you have the functionality you need? The tiny square Fizzly will put the power back in your hands with its multitude of arrays and sensors designed to track and react to all sorts of movement. 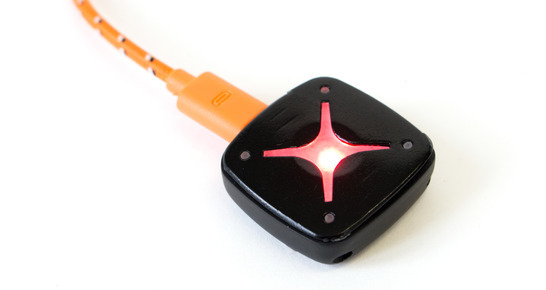 While impressive in and of itself, the real magic starts happening when Fizzly is attached to your body or other real-world objects to make them interactive. Attach it to your skateboard and make every trick and grind a part of a Fizzly-enabled game on your iOS or Android device. If everyday functionality is more your thing, place Fizzly in your mailbox and set an alert to trigger whenever it is opened. The company stresses the open nature of the platform, and encourages backers to try and find their own uses. With the promise of both fun and utility, backers are pushing Fizzy very close to its goal. With weeks left to go, it looks like this product will be funded.

The Jolla Tablet is outfitted with a 7.85″ IPS screen boasting 330 ppi, a quad-core Intel chip, 2GB of RAM, a 5MP rear camera and a 2MP front camera, a 4300mAh battery, and 32GB of storage with expandable microSD memory. However, the Jolla is more than just the sum of its parts. While the tablet does sport specs comparable to leading tablets, its Sailfish OS differentiates itself with gesture controls and full multitasking capabilities unlike those from competing brands, letting users easily control native Android apps or those from the Sailfish OS app store.

Jolla’s open source nature and desire to make their products better using suggestions solicited from their users reinforce their people-centric belief and is a far cry from the lockdown-like policies in effect at other companies. The Jolla Tablet is a pretty piece of tablet that can stand up to the giants in the field, especially with the $1.8 million they were able to raise on Indiegogo.