Looking at the evolution of company valuations, we saw a surprising 11 up-rounds, 4 unchanged valuations and only 4 down-rounds. The combined value progression is a staggeringly positive $26 billion, suggesting very good health – for the moment, anyway – for companies in the Unicorn Club. 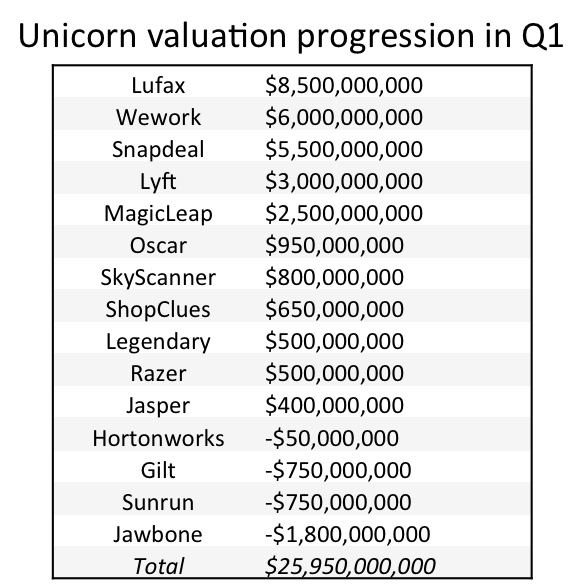 The Unicorn Club keeps greeting new entrants, but at a slower pace. The first quarter of 2015 saw the emergence of 23 unicorns, and the second quarter witnessed the birth of 25 unicorns. Growth slowed in the back of half of 2015: 15 in the third quarter and 13 in the fourth quarter. The slowing trend continued with 11 companies attaining unicorn status in the first quarter of 2016. 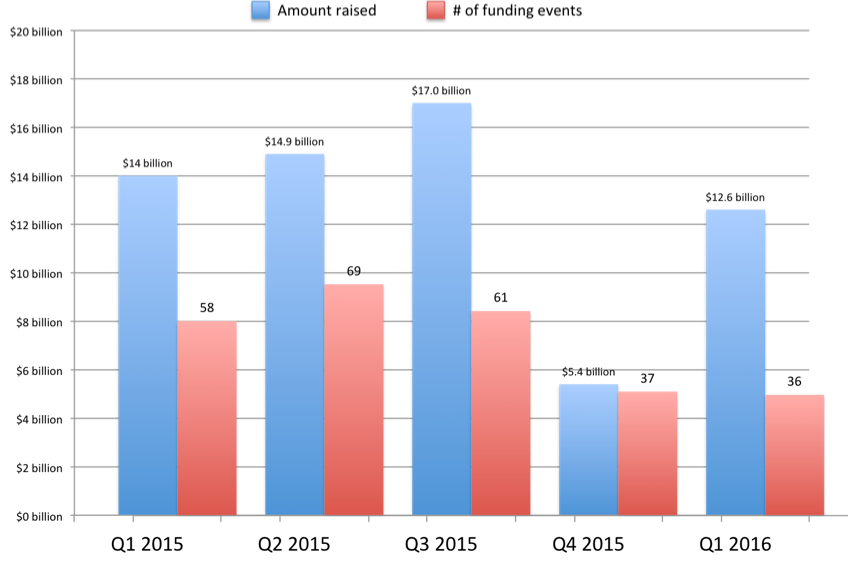 On the acquisition side, Gilt Groupe was acquired for a mere $250 million in cash from Hudson’s Bay, owner of Saks Fifth Avenue and other department store chains. Gilt’s online shopping platform pioneered the limited-time “flash sales” popular following the 2007-2008 recession and specializes in “insider prices” on high-end merchandise. The company has been suffering successive down-rounds since its $1 billion valuation five years ago.

Alibaba secured a $3 billion loan to finance more acquisitions and investments. The company had previously acquired Youku Tudou, a Chinese Video site, and taken stakes in Groupon, Snapdeal, Smapchat and PayTM. Media and India seem to be the two major focuses of Alibaba.

Alibaba-backed logistics firm Cainiao raiseed $1.54 billion at a reported $7.7 billion valuation. The firm is only 3 years old and was created to become a UPS-like backbone to deliver throughout China and other markets while leveraging big data to increase efficiency.