If you think working at a startup is as glamorous as it’s portrayed to be in “The Social Network” or even in HBO’s “Silicon Valley,” you could be in for a rude awakening. Veteran journalist Dan Lyons’ foray into the industry wasn’t exactly a smashing success, and he’s written all about it in a new book called “Disrupted: My Misadventure in the Start-Up Bubble.” In it, he paints a critical picture of HubSpot, the inbound marketing company he worked for in 2013, which shattered his illusions about getting rich working at a startup.

“Disrupted” comes from the perspective of a 50-something-year-old caught completely off guard by the reality of working with millennials in today’s tech and business environment. His style is easily recognized by anyone familiar with Lyons’ work, both on Silicon “Valley“ and on the “Fake Steve Jobs” blog, which he created. He attacks the subject with his usual no-holds barred approach, holding nothing back as he recounts his time at the Boston-based company and derides the tech company lifestyle.

The nearly 260-page manuscript is an entertaining read and one that Lyons claims is not satire: “Everything in ‘Disrupted’ really happened.” The picture he paints of HubSpot is far from pleasant: a cult-like environment, a lack of accountability, abuse, and disillusionment — at least for him. The contents of this tell-all were apparently seen as so potentially damaging that two now-former executives were blamed for illegally trying to prevent its publication. Former chief marketing officer Mike Volpe was fired, and vice president of content Joe Chernov resigned when an investigation revealed that the two had used extortion and hacking in their efforts to bury the story. This event is discussed in the epilogue of the book and apparently is still a cause of concern for Lyons, who worries about surveillance of himself and his family. 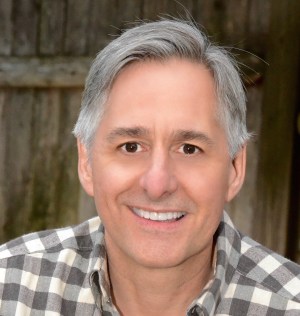 Above: Dan Lyons, author of “Disrupted: My Misadventure in the Start-Up Bubble”

“Disrupted” jumps right into Lyons’ life at the point when he finds he’s been laid off from Newsweek, where he’d worked as a technical editor. He goes in search of a new job, eventually landing at the technology publication ReadWrite as its editor in chief. There, he charts the success of companies like Facebook and Google and of various entrepreneurs in Silicon Valley until he finally decides it’s time to seek his own fortune:

“As I see it, I have nothing to lose,” he wrote. “I hate my job at ReadWrite anyway. Sure, I am fifty-two years old and past the age when you’re supposed to start a new career or go on any adventures. But if I don’t do this now, I might never have the chance again…The trick is to find the right company. Ideally, I’d like to join the next Google or Facebook — a rocket ship. Realistically, I just hope to find a company that won’t fizzle out, one that is likely to pull off a successfull [sic] initial public stock offering and put a few bucks in my pocket…”

That leads him to HubSpot, where he starts as a marketing fellow, a title that Lyons finds ambiguous. He claims that he doesn’t know what he is supposed to be doing and is surprised to find that his new position is basically writing blog posts to entice leads. He writes, “I’m too clueless about corporate life to understand that. In my mind, marketing fellow sounds like a cool title. I like it.”

There are several times throughout the book when you feel that Lyons may just be a curmudgeon, and he’s certainly not used to working in a company that employs a lot of young professionals — it’s almost like the Robert De Niro/Anne Hathaway movie “The Intern.” From his first day at HubSpot, Lyons states that he may have made a mistake.

He goes on to describe the company as being cult-like and introduces readers to the notion of being “HubSpotty,” although he seems unable to define what that means (I suppose it’s like “Googleyness”?).

The book details the angst and stress Lyons claims to have gone through during the nearly two years he was at HubSpot. He focuses on some of the disturbing elements, such as the politically charged environment and troubling power dynamics. In a conversation with Lyons, Chernov was alleged to have said: “I can’t believe this place…Do you realize that the girl who runs the email campaigns can just refuse to do something that I tell her to do? She’s 22 years old, and just graduated from college. I’m a vice president. But I can’t give her an order. All I can do is ask. And she can say no…”

Lyons described how his idea to launch a magazine-style publication for HubSpot failed because — while the company cofounders Brian Halligan and Dharmesh Shah bought into the idea — Volpe and Chernov failed to provide support for implementation.

No one from HubSpot’s management is spared criticism, which is particularly directed at Shah, the chief technology officer and an early investor, whose managerial style Lyons particularly objected to. In one chapter, Lyons describes how Shah once brought in a teddy bear, claiming it as an “innovative breakthrough in management science.” The argument was that HubSpot should be “solving for the customer” and that the teddy bear, named Molly, represented that customer. “I cannot believe this. Here are grown men and women, who I presume are fully sentient adult human beings, and they are sitting in meetings, talking to a teddy bear. And I am working with these people. No: worse! I am working for them,” Lyons exclaimed.

In the time leading up to the company’s IPO, he questioned spending by Halligan and Shah on “ridiculous things,” even as HubSpot sought to minimize how much money it was losing. Lyons described money being “squandered” on parties, beer, the nap room, free massages, fancy offices, a remodeling of the second floor of the building, the addition of a new floor, and other improvements. “Shouldn’t HubSpot be running lean, trying to make their [venture capital] money last as long as possible?” Lyons asked.

Charges of ageism and lack of diversity were also leveled at HubSpot, along with claims that people were frequently “graduated” (read: fired). Lyons describes a few instances of women who had been at the company for several years being suddenly terminated, including one who was fired after returning from maternity leave and another who was forced out while pregnant with twins. “HubSpot is by far the cruelest place I’ve ever worked,” he wrote.

Near the end of his time at HubSpot, Lyons allegedly faced some of the worst abuse and harassment, which only accelerated his “graduation.” He claimed that Chernov, whom he once considered a friend, became confrontational and kept looking for ways to deride him. “I never got bullied in school,” Lyons explained. “But I imagine this is what it feels like. Some guy is tormenting me, and I’m afraid to tell anyone, because I’m pretty sure that telling someone will only make things worse. That fear, in turn, sends me down a different rabbit hole and I start to hate myself for being such a coward, for being afraid to stand up for myself. I feel ashamed of myself.”

One side of the tale

When reached for comment, HubSpot said no one had yet reviewed Lyons’ book, apart from the excerpts that have been provided online, and declined to comment until a copy had been obtained. In a statement provided to VentureBeat, Halligan said: “We put a ton of effort into making HubSpot a great place to work and a great company to work with, and it’s unfortunate that Dan’s account of his time here doesn’t reflect the experience that we strive to provide all of our employees.”

Certainly it’s easy to see why HubSpot wouldn’t want a book like this out in the world. But it’s also possible to read into Lyons’ account the experience of a guy at his first startup, one which simply wound up being the wrong fit. Many times throughout the book, Lyons bemoans his decision to join HubSpot and admits he isn’t able to find a way to be productive as an employee. Still, although his recollections shouldn’t be taken as gospel, they do raise some eyebrows — and the portrayal of HubSpot is certainly not a flattering one.

Lyons is no longer employed at HubSpot, having moved on to briefly helm Gawker’s gossip site Valleywag.

“Disrupted: My Misadventure in the Start-Up Bubble” goes on sale April 5 and is available on Amazon.

Updated at 11:21 p.m. Pacific on Sunday: This post has been corrected to reflect Dan Lyons work after leaving HubSpot.