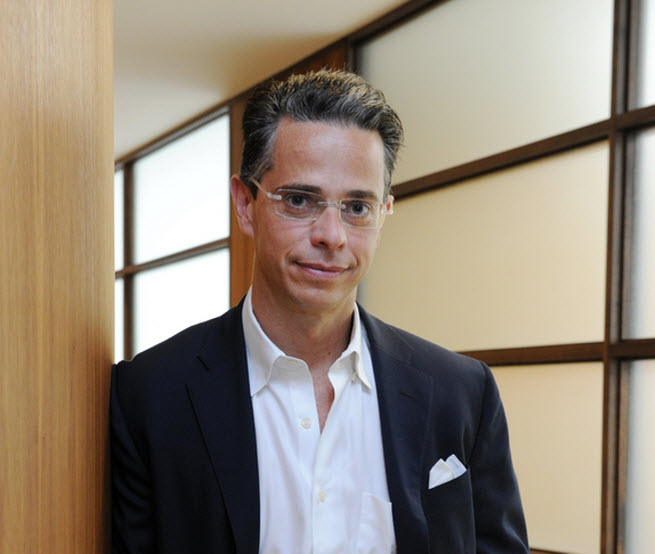 GamesBeat: When the investors do ask you when you’ll start investing in VR or commissioning some games to experiment with it, what are you saying generally? Or whatever the latest new platform is, whether it’s AR or VR or something else.

Mahoney: You have to take it from two perspectives when you’re talking to an investor base. Obviously you have to make investment decisions, but we’re in the art business, so you have to make an art decision. The art decision is, do we have an insight as to how to make a fun game in VR? I’ll buy one or more VR devices because I think VR is cool and I’ve always wanted to be in a VR world since I was a kid. But if I don’t play a fun game I won’t be doing it very much.

Given the costs associated with VR and the fact that you have to basically tune out the rest of the world to bring up a VR experience, there is a cost in doing that. It’s not like a mobile phone where you can distribute your attention and come in and out of the experience quickly. By design it’s a very immersive experience. So if I’m not playing a really fun game I’m not going to be doing it very long. That’s the creative question – can we make a fun game that uniquely leverages a VR environment?

The second thing, of course, is that we have to see devices out in the world. They have to be in very large quantities so that you have an installed base big enough to support the business decision of investing millions of dollars to create that great art experience. If those two things don’t happen – if you don’t have a creative insight and an installed base – it’s probably too early for us. If you have both of those you’ll be in good shape.

For us, right now, we’ve been so focused on just the hard work of delivering great games on two already fantastic platforms – mobile and PC. We have our hands full with that. 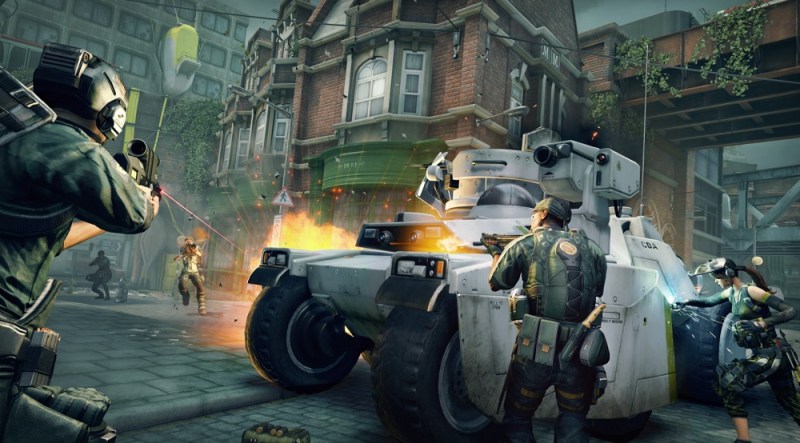 Above: Dirty Bomb’s modes include protecting a rolling vehicle.

GamesBeat: What is your own outlook for the consoles? There aren’t as many console games coming out. They’re all blockbusters, but as more of them get pushed back, it feels like a thinning of the console crowd is continuing. I wonder if this means that we’re in a state where they might be declining again. We might be seeing a shift to your platforms again, online and mobile.

Mahoney: I’m not sure I’m in a great position to call the future of the console business. I do think that from a creative perspective, where some developers have been challenged has been around thinking that consoles are about graphics fidelity over gameplay. A lot of the most fun games, the most innovative games I’ve played in the last year or two, have been on PC, and then some more on mobile. I hate to sound like a broken record on this, but any platform that doesn’t see games that have high artistic quality and really fun gameplay are going to be challenged.

By artistic quality, I don’t mean graphics fidelity or a beautiful color palette or fantastic cinematic sound. I mean just fun gameplay. The analogy is, you could make a movie that has fantastic special effects, but if the story stinks and the acting is terrible, if there’s not much else interesting in the movie beyond just looking at it, you’re not enjoying the movie. Whereas you can have a movie with no effects whatsoever, but a great script and great actors and a compelling story, and you’ll want to watch that movie. You’ll feel fulfilled by that.

It’s not to say that all console games are uninteresting. There are really good console games. But as a platform you have to think about that. It seems to me, at least, that the platform providers have been focusing their platforms on graphics fidelity. That’s been a primary driver on the console platforms for the last two cycles. My personal feeling as a gamer is that we’re well past the point of diminishing returns there. Where I’m judging a game is whether the game makes me think and challenges me in the right ways, whether I find it compelling for some core reason.

GamesBeat: Have you gotten any closer to figuring out exactly what it takes to accomplish quality — how big a team to assemble, how long they should work on it?

Mahoney: Our teams tend to be in the range of five to 50 people. A development cycle is two to two and a half years or so. We put the game into a progression of betas, closed and then open, and we bring it to the market. That’s continued to feel to us about the right team size. Sometimes they’re bigger than that, sometimes it takes us a little longer. The real question is, are we playing it? Are we liking it? Do we think it’s fun? Then we try to focus on it really hard.

GamesBeat: That’s a lot of teams.

Mahoney: Again, that’s worldwide. That includes publishing teams in China, Europe, the United States, and our mobile teams around the world, plus our Korean team. A lot of those are developers, especially in Korea and Japan.

GamesBeat: Any final thoughts to talk about?

Mahoney: If you’re obsessed with getting into the top 10 or the top five, what do you do as a business? You spend, regardless of ROI, on marketing. That may be a way to get into the top five, but it’s not necessarily a way to build a business. The metric you have to watch out for is retention. There are some other good metrics that are proxies for whether people are having fun in your game or not, but if people are coming back, that’s a pretty good indication that everyone’s having fun.

It may not resonate with everybody right away. You may have a small market. But if you look at League of Legends, that built up over a period of years. A lot of times in our business, you can look at it from a business perspective or you can look at it from an art perspective. I’d argue that if you are true to the art perspective, then the business part will come around, all things being equal. That’s not always true, but it’s true a lot of the time.

GamesBeat: The only worry is if it turns out to be something like Plants vs. Zombies 2, where they had a spectacular game, people loved it, it got downloaded 25 million times, and then those players didn’t wind up spending money on it.

Mahoney: That’s exactly right. I hate to sound like a commercial here, but that’s something we’ve figured out over the years – how to take retention and turn it into a good business over time without ruining that retention. It’s a challenge. It’s hard to do in implementation. But if you can do it well, then you get something pretty special.

One thing you don’t do, you don’t do that by focusing on monetization. You have to focus on retention first and have that be your core. If you start asking questions that don’t interfere with the fun of the game, or if you ask questions but only answer them in a way that doesn’t interfere with the fun of the game, then you’re going to have a good business. That’s what we’re grappling with, and what the industry in general is grappling with in the west.