Do you miss Kingdom of Amalur: Reckoning? THQ Nordic scooped up the rights to the series last week, and in an email with business and product development director Reinhard Pollice, I dug into what this means for fans of the world that novelist R.A. Salvatore (you know, the guy who invented Drizzt Do’Urden and made Icewind Dale relevant in the Forgotten Realms setting in Dungeons & Dragons).

The most tantalizing answer: It could mean more Amalur games, Pollice confirmed.

THQ Nordic has acquired several franchises put on hiatus when their owners went belly up, such as when the then-Nordic Games revived THQ itself (and games such as Darksiders) and more recently, when it announced it bagged the rights to the wacky shooter series TimeSplitters in mid-August. THQ Nordic has been in contact with the receivership for the defunct 38 Studios since it declared bankruptcy in 2013.

“This time it was a very tricky process,” Pollice said, noting the process of 38 Studios going through receivership and owing money to the state of Rhode Island. “At some point in 2017, the dust settled, and Amalur was still available, which got us excited.” 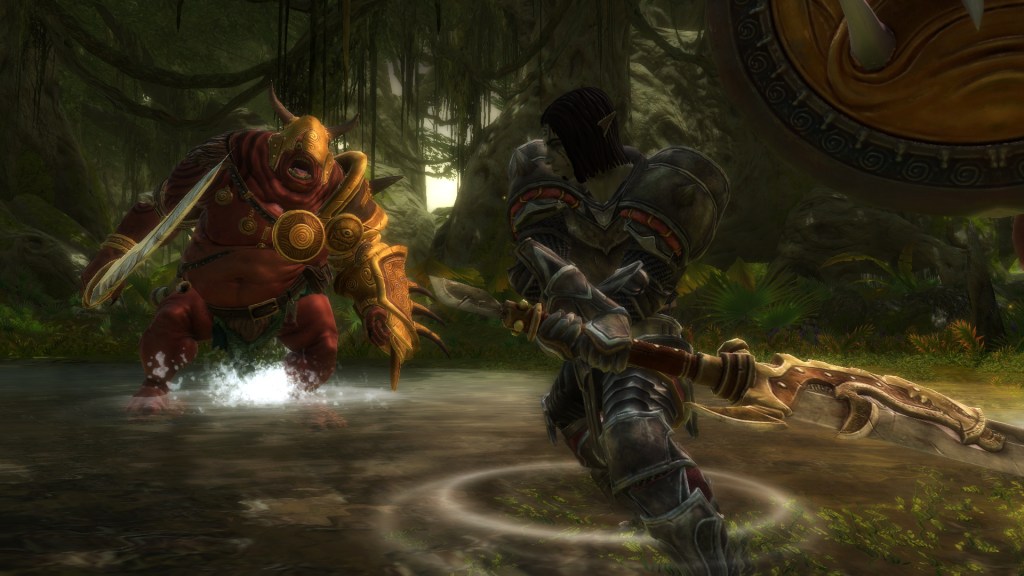 Above: Kingdoms of Amalur had a number of big, colorful enemies.

THQ Nordic has a wide portfolio of games: action-RPGs such as Darksiders and Titan Quest, platformers like De Blob, and racers such as MX vs. ATV: All Out. Amalur fits well with its strategy of smaller role-playing game series.

“Our portfolio of IPs is focused on interesting core gaming IPs. We feel that Amalur is another great addition that follows this pattern. THQ Nordic in general has a lot of passion for these type of games,” Pollice said.

“… we see Amalur as an IP that is known for relying strongly on deeply designed mechanics, in this case RPG mechanics. That’s what we consider core.”

THQ Nordic, of course, had an even better reason to watch Amalur. Pollice reminded me that it had a tie to the old THQ.

“Interestingly enough, Kingdom of Amalur: Reckoning started out life at old THQ, as the studio was part of THQ. Back then the project was called Crucible or Project Ascendant,” Pollice said. “When THQ sold the studio, the project was heavily reworked to fit Amalur.”

THQ Nordic has also done several remasters, such as Darksiders: Warmastered Edition (a remaster of the original Darksiders) in 2016 and Red Faction: Guerrilla Re-Mars-tered earlier this year. It could also make sense for the publisher to do a remaster of Amalur.

“As always, it would be too early to make any statements about any future plans with the IP,” Pollice said. “Our approach in these situations is to learn as much about the past and existing games as possible, and once we feel in a comfortable position, we will try to get something off the ground. But at this point nothing has been decided.

Pollice said he’d love to get Salvatore’s perspective on Amalur, so I asked the best-selling author. In an interview over email, I asked Salvatore (whose first book was the Forgotten Realms-based “The Crystal Shard” in 1988, which introduced Drizzt and his friends, and he’s gone on to sell more than 10 million copies of his books) about who came up with the underpinnings for Amalur between him, 38 Studios, and Big Huge Games. 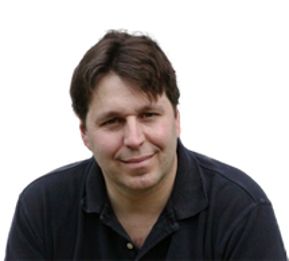 “I created the basis of Amalur with my D&D group for a presentation we gave at the very beginning of the company,” he said. “The basic idea of the world cycle, the creation of magic and its ebbs and flows came from me, mostly, although on many things, I was more referee than driving force. It really was a team effort to create the general overview, fleshing out the details into a coherent skeleton.”

“One of the team, Mike Leger — now at Blizzard Entertainment — went to work for 38, and along with a couple of ex-SOE guys, helped form the narrative team who put the bones on the ten thousand-year history of Amalur. I oversaw that process, but it very quickly stopped being my world and became our world. Truly collaborative, with wonderful twists, ideas, and, well, evolution, going from there. So we had Amalur, this huge history, a logical cycle of events and inciting moments, and then laid our plans for the MMO itself on top of that.”

Salvatore notes that “my role diminished as we went along. At first, I was the editor/coach/arguer-in-chief for all the narrative decisions, but within a year, the narrative designers were coming to me with finished ideas to surprise me instead of budding ideas seeking approval. They didn’t need my approval — they were as invested in the world as I was, and understood it at least as well as I.”

Later, Big Huge Games came in to work on Amalur, too, when 38 Studios acquired the company. Salvatore credits Jen MacLean (the former chief exec at 38 and now the president at the Independent Game Developers Association) for bringing in a team with such heavy hitters as Brian Reynolds (Civilization II and Rise of Nations).

“These folks down at BHG got hit with a daunting task for Reckoning. EA was funding it, and they had to come in on time and budget, and in a world they didn’t know. They had their game engine and a basic story they wanted to tell — one that included those tremendous ‘finishing moves’ in the gameplay, but they had to take a crash-course on Amalur and find a place in time and space to fit in what they wanted to do, including coming up with a story that made sense for the world,” Salvatore said.

“I wish I could say I wrote Reckoning. I’d be very proud of that! The House of Valor, the House of Ballads … I mean, the BHG team was amazing. They found a tiny slice of the world, and I and a couple of the 38 narrative team found a time in our history where it made sense, and why it made sense — that was always crucial in Amalur design — and BHG under the watchful eye of Mark Nelson and the wild imagination of Ken Rolston, delivered.”

I asked Pollice on the role RPGs play at THQ Nordic, a category in which the publisher keeps investing in.

“We believe it’s a great genre to work in with a huge audience, and there is always room to offer more content in this area,” he said. “Amalur was just the very recent news for us in that field. but there is more to come as a lot of our projects have something to do with the RPG genre.” 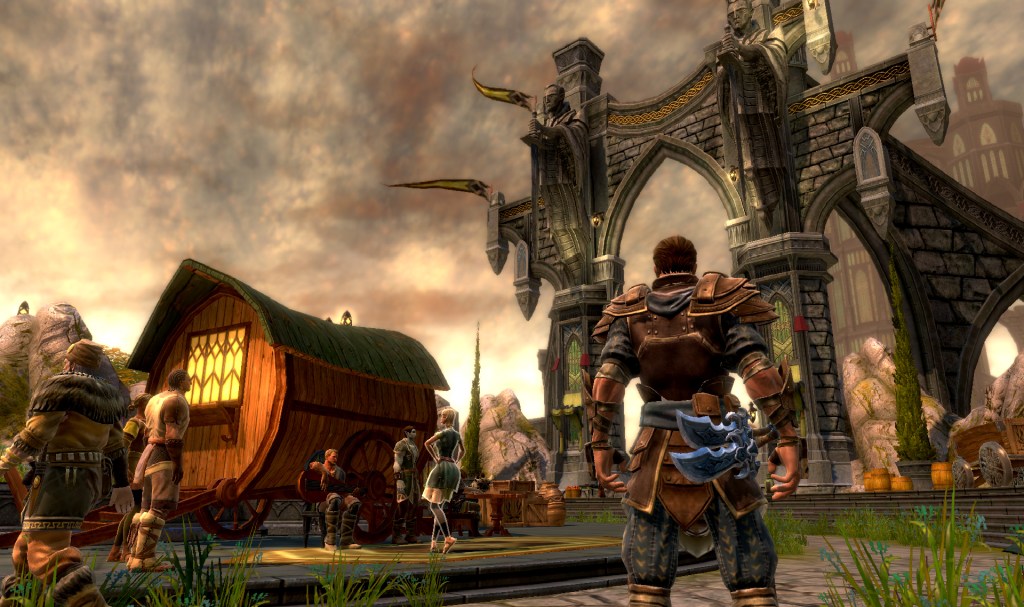 Above: A hero’s return?

One thing is clear after seeing the reaction last week’s news had: RPG fans have a lot of love for Amalur, and they’re interested in seeing a resurrection.

So do its creators.

“I love the world and know that the history and main story was barely tickled by BHG. Obviously, I have some mixed feelings about what happened at 38 Studios, but I never stopped loving the world and the gals and guys with whom I labored. We were all damned proud of what we had built, 38’er and BHG’er alike.”

Let’s hope they get a chance to return to Amalur.