I was on vacation last week, hanging out with my extended family and playing a few games on my aging iPhone 6, my Nintendo Switch, and the Oculus Go. I was ready to write about that vacation gaming for this column, but then I saw an unraveling — or maybe a social media apocalypse — on the Internet. You might be busy and could be tempted to stay out of this, but I’m writing about it here because we shouldn’t do that. We should really think about this incident and everything that’s going to come from it.

On Friday, ArenaNet fired two Guild Wars 2 writers after a heated exchange with fans on Twitter. It was sad and unfortunate and so unnecessary, but then it spiraled even further out of control. One of the writers, Jessica Price, struck back at the company, saying it “folded like a cheap card table” at the instant that fans expressed their outrage at what she said to a fan.

Price was rude. A fan, a Youtuber named Deroir, disagreed with her on a thread about narrative design, and she wrote back, “Today in being a female game dev: ‘Allow me — a person who does not work with you — explain to you how you do your job.’” She followed up and said, “the next rando asshat who attempts to explain the concept of branching dialogue to me — as if, you know, having worked in game narrative for a fucking DECADE, I have never heard of it — is getting instablocked.” And that triggered thousands of comments on the Guild Wars 2 subreddit.

She could have chosen not to respond to Deroir. But I’m not here to be the judge and executioner, as many thousands of people decided they had the right to be, subjecting her to a giant amount of Internet hate. In a subsequent interview, Price defended herself, and she raised some legitimate questions about who exactly was being unprofessional here.

She claimed she was off the clock and was a victim of sexism (triggering comments she was playing the “vagina card”). And so she reacted poorly against someone who was effectively “mansplaining” her own job as a writer to her. Fellow writer Peter Fries came to her defense. His own (now-deleted) tweets were actually polite, but ArenaNet president Mike O’Brien appeared to lump Fries in with Price when he fired both of them.

“Recently two of our employees failed to uphold our standards of communicating with players,” O’Brien said in a Guild Wars 2 forum post. “Their attacks on the community were unacceptable. As a result, they’re no longer with the company.” 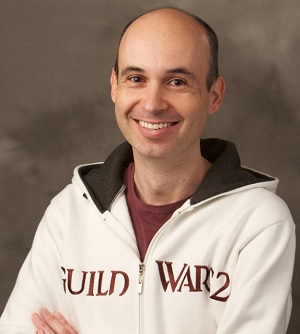 Some Redditors claimed credit for getting someone fired and said they would try to get still more people fired.

“Nobody at ArenaNet is safe from the hand of Reddit,” wrote one Redditor in a now-deleted post. “We’re literally running the company now, they’re in fear of the very users they seek to consort with.”

Price returned to Twitter to note the announcement of the firing was an “escalation.”

She added, “They knew — or at least had a responsibility to know, in 2018 — what would happen to a female game dev who was fired in response to an exchange about sexism. It would have been bad enough if they had just fired me and announced I was fired….But they *escalated.* They pointed to Peter and me as Enemies Of The Community. That wasn’t just firing us and, oh well, if they get harassed, them’s the breaks. That was active solicitation of harassment….They were aware that I was going to get deluged with threats, harassment, etc. The firing wasn’t the punishment — the use of the mob was.”

As Price fired back, ArenaNet’s O’Brien weighed in with his own extraordinarily frank comments about firing Price for a variety of reasons that had to do with representing the company well, whether you’re on the clock or not, and treating fans with a basic level of respect.

“We’ve all dedicated our careers to entertaining people, to making games for the purpose of delighting those who play them,” O’Brien told Polygon. “We generally have a wonderful relationship with our community, and that’s a point of pride for us. We want to hear from our players. It’s not acceptable that an attempted interaction with our company — in this case a polite game suggestion — would be met with open hostility and derision from us. That sets a chilling precedent.” 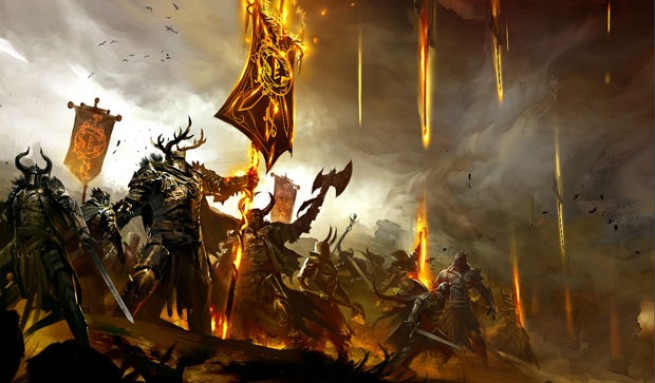 This might have ended there, but then came a battle to spin this whole affair. It meant that unions were overdue in game development, some said. Social media and harassment policies have to be rewritten now, said others. Companies should stand by their employees, others said. It was, quite ironically, a fresh deluge of people wanting to “mansplain” what the meaning of this unfortunate incident was really all about.

In fact, I must admit this column is my own attempt to mansplain something important about this catastrophe. Unfortunately, I haven’t rushed in to gather first-hand interviews. But all of the parties involved have said a lot more than I expected them to in conversations with other publications, once again raising questions about who is being unprofessional.

When I returned to work this week, I figured this ArenaNet thing would go away. But now I see it as the confluence of a lot of bad moments with a real human cost. And I don’t think it’s going to go away. It’s like pouring gasoline on the whole Gamergate affair once again, setting at odds the same players (but with different names) who are bound to go to war against each other yet again.

In fact, many of the same voices who spoke up during Gamergate weighed in on what this meant. Jen MacLean, executive director of the International Game Developers Association, said the IGDA strongly encourages its members, both as individuals and as studios and partners, to clarify the guidelines and expectations around social media use, both in professional and personal accounts.

“Here I thought being indie meant I was on-the-clock 24/7, but apparently AAA means just that but also being forced to take whatever shit people fling at you because ‘standards of communicating with our community’ and ‘we make the game for you (so feel free to give our devs shit),’” Vlambeer’s Rami Ismail said on Twitter.

Kate Edwards, former head of the IGDA, said on Facebook, “I just want to thank ArenaNet for giving me and others with whom I’m working the additional fuel to establish a legal defense fund and ultimately a union for the game industry. If companies in the game industry are going to eject their employees out of the airlock and not protect them, then something else must do so. Welcome to the future that you and other companies have invited ArenaNet.”

Game Workers Unite, a group that wants developers to unionize, said, “This event carries echoes of Gamergate, and will only embolden harassers further.”

Brianna Wu, a former game developer who is running for Congress, took a jab at ArenaNet, saying, “I want to congratulate ArenaNet for prioritizing Twitter bots and sock puppets over the developers who work hard for you. I’m sure these bots will be loyal Guild Wars players.”

Everything about this makes me sad. Once again, the game industry and gamers have found a way to point their guns at each other, and everyone is blasting away. May we all rest in peace.