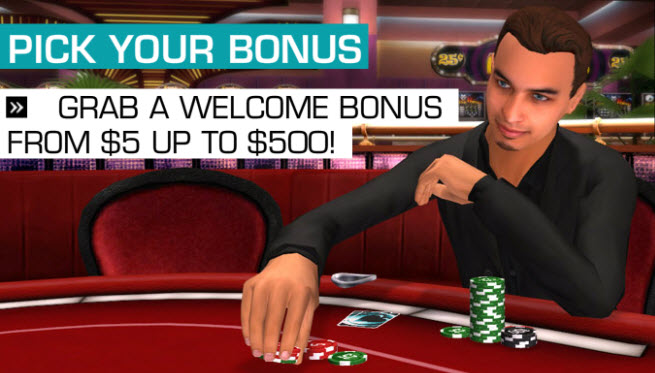 When you’re tracking a hot trend or market, it’s always good to keep track of where the smart betting is happening. Follow the money. Follow the people.

I attempted to do that this week at the crowded Global iGaming Summit & Expo in San Francisco, and I stumbled deeper into the latest game market craze: online casino games. At the event, old-fashioned land-based casino owners mixed with offshore online gambling companies and the new players on the block: social game companies on Facebook that make games such as Double Down Casino.

Thanks to a change in the Justice Department’s stance on the legality of online gambling in December, these parties are all looking at the same large market, with billions of dollars changing hands.

The decision triggered a lot of excitement about the possibility of online gambling returning to the U.S. Right now, only Nevada has legalized online gambling, but other states are sure to follow. Maybe broad U.S. legalization will happen next year or in 2014, various speakers said. 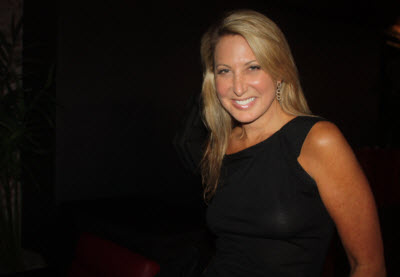 Zynga Poker is the largest and most famous casino game on Facebook, but Double Down Casino was the fourth most-popular title on the social network last year. And that, along with the Justice Department ruling, prompted slot machine maker IGT to acquire the game’s maker, Double Down Interactive, a firm with just 70 employees, in January for $500 million. To me, this was like falling down the rabbit hole into the wonderland of another gaming bubble. It was like mobile gaming in 2011 and social games in 2008.

Legalization in the populous states will open the floodgates of competition. The multiple casino game companies are on parallel paths until that happens, but there could be collisions once those paths converge, said Melissa Blau (pictured right), director of iGaming Capital and a longtime consultant in online gambling.

“Disruption is happening,” she said in an interview at the Facebook reception during the summit this week. “It has raised the visibility of this industry.”

And that disruption was why the conference drew twice as many attendees as last year.

Many of the new people coming in are looking for money. But Blau has been in the business for decades and remembers all of its ups and downs. The Unlawful Gambling Act shut down online gambling in the U.S. in 2006, and that threw the whole market into a collapse. It has taken years to recover, with perhaps 50 or so people attending the iGaming summit back in 2009.Poker Stars and Full Tilt Poker were shut down and hit with criminal charges a year ago after the the Justice Department alleged money laundering, bank fraud and illegal gambling charges.

But after the new Justice Department ruling in December, euphoria set in, she said. This year’s summit had 700 attendees. And PokerStars is said to be in talks to acquire Full Tilt Poker — possibly for $750 million. The goal of that deal is to end the two companies’ legal battles with the Justice Department and pave the way for a return to the U.S. market.

The new ruling could tear down huge barriers and lead to lots of deal making. If online gambling is broadly legalized, a new kind of integrated company could emerge that combines the mass market free-to-play audiences on Facebook with online gambling and even land-based casino gambling. All of it could happen under one roof.

A company such as Caesars Entertainment Casino Group, which bought social game maker Playtika last year for $90 million, could draw new players into the fold by recruiting players for its free-to-play games on Facebook. Most of those will never spend a dime in the casino games. But a small percentage will spend real money on virtual casino chips. If online gambling becomes legal in the U.S., a smaller percentage still might convert to real-money gambling, where they spend real money in games and withdraw winnings in real cash. And some of those folks might visit a Caesars casino at some point. That’s what Brock Pierce, managing director at the Clearstone Global Gaming Fund, referred to as a big funnel, and social games are at the top of it. For Blau, that idea is as close to gambling nirvana as you can get.

Any one of the parties — the land-based casinos, the online gambling companies, and the social game companies — could create that integrated company. Each of the players needs the others but could also make a move that cuts the others out. It won’t be easy to move from one market to the other, like from virtual gaming to regulated real-money betting games.

In social gaming, many of the genres such as farm games are winding down while social casino games are rising, thanks to higher lifetime values for users, said Jeff Tseng, chief executive of analytics and monetization firm Kontagent.

“There’s an interesting dance going on,” said Hal Bringman, chairman of the social media portion of the iGaming Summit and founder of NVPR. “And there’s so much money at stake already.”

The people involved are getting more interesting too, as the talent pursues the opportunity. Jez San, a former console video game developer, is the founder and president of PKR (their site is pictured at top). I used to talk to him about making AAA video games, but now he’s making online poker. Louis Castle, a former Electronic Arts and Zynga veteran, is now the chief strategy officer at Shuffle Master. Eric Hartness, another former EA veteran, is at Churchill Downs.

Plenty of real-world gambling veterans are also moving into social games, including Manu Gambhir,who recently started social casino game firm Ryzing Bingo. Gambhir has a sweepstakes reward that brings people into his online Bingo game on Facebook. He hopes he can make that business work, with the current laws or in a future with legalized online gambling. If real-money betting is legalized in these games, he’s prepared to turn that functionality on within two hours.

Smart people are noticing that the walls between the various casino game markets are falling, and they’re getting ready for the money to start flowing through. I have no idea if this bubble will pop. But I can attest that the winners will be the ones who are positioned properly, whether legalization happens in the U.S. or not. Follow the people. Follow the money.