Jason Silva, the host of the show Brain Games, gave a talk yesterday at the Promax Games conference in San Francisco. In his best motivational voice, he spoke about how moments in life can inspire a sense of awe. Those moments can make you feel rapture, stupefied amazement, wonder, rapture, or ecstasy.

“We reconfigure out mental models of the world,” he said.

When you feel a moment of awe, you are fully engaged with that moment. Silva said he had that feeling when he played Assassin’s Creed Origins, because Ubisoft had built such a faithful and full re-creation of ancient Egypt in its latest video game. And I felt that sense of awe when I played God of War, in a moment near the beginning where Kratos, the God of War, tries but fails to comfort his son. 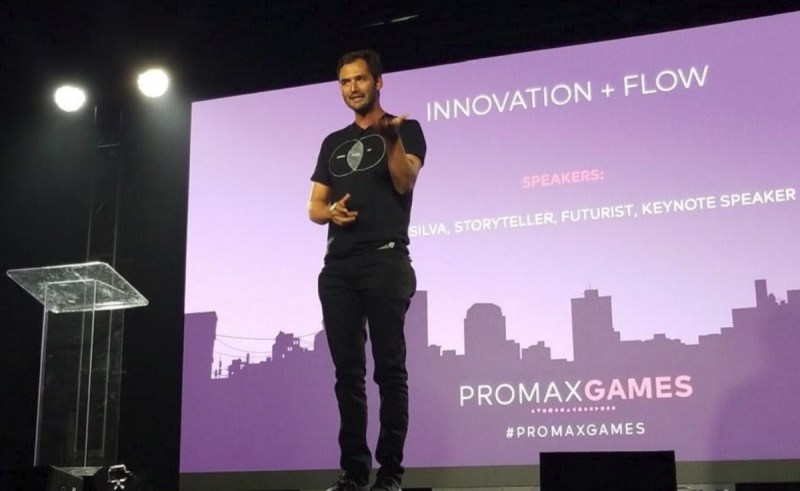 Above: Jason Silva of Brain Games

His son shoots a deer, but it is only wounded. Kratos directs the boy, Atreus, to kill the deer with his knife. The boy can’t bring himself to do it. Kratos guides his hand with the knife and they do it together. The camera pulls back behind the two of them.

The boy looks out into the distance. Kratos brings up his hand as if to give the boy a hug. But he can’t bring himself to wrap his hand around the boy’s shoulder. He is, after all, the God of War, and not some mushy modern dad. He says, “Now you are ready.”

His son replies, “For what?”

“A new beginning,” Kratos replies. Just then, an enormous dragon flies from the mountain the distance and rears up just before Kratos and Atreus. And then it flies on. I could almost feel the wind from the flapping wings.

That moment created a sense of awe for me because it was such a touching part of a video game, which is something that I did not always associate with the highest form of dramatic art. 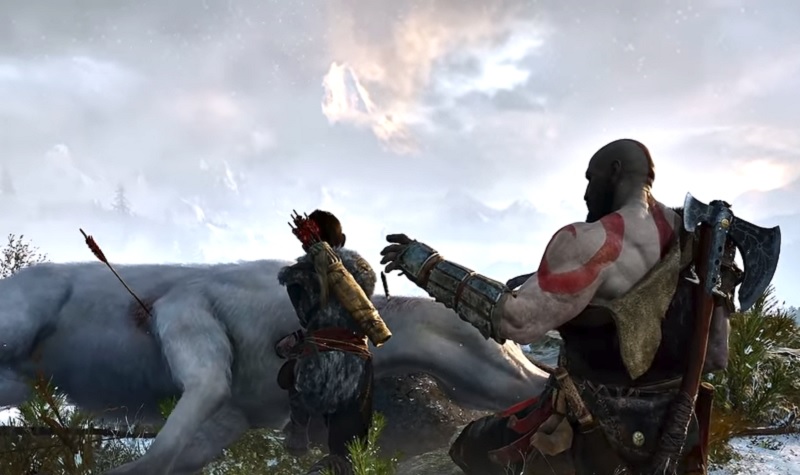 Above: Kratos tries to comfort his son in God of War.

And it was memorable to me because, as I remember, my own father, who died about 20 years ago this week, showed me the same kind of tough love when I was growing up. Sometimes, a scene in a video game moves us because of what we personally bring to that game as we play it. As I played this game, I saw that Kratos had changed from his past. He had become the kind of father that I had known. I could identify with little Atreus, even though my father never took me out to fight demons.

Sony’s reboot of the God of War franchise took nearly seven years to bring to fruition, and it recasts Kratos as a father who has to care for a son who isn’t really anything like him. He has to teach Atreus to survive in a dangerous world, and he certainly doesn’t want to coddle the boy, whom he refers to as “boy” in the beginning of the game. He tells the boy, “Don’t be sorry. Be better.” The narrative slows down the action, and it forces you to focus on the relationship between son and father. Much of the dialogue happens as the two row boats together.

Kratos, a god of Greek mythology, has left his past behind him and moved into the lands of the Norse, where a new set of gods rules. He tries to lay low, but the Norse gods find him and challenge him. He goes on a journey to a mountain and has to protect his son along the way. When Kratos gets in intense battles with his magical axe, he doesn’t have to worry only about beating the enemy. He also has to make sure that has son lives.

Kratos trains Atreus in combat, but the fragile Atreus proves himself. Not only with the bow, which distracts Kratos’ enemies. But he can also read Norse runes and messages that Kratos cannot. In that way, the father becomes dependent on the sickly son. It was a bit weird to revisit Norse mythology again so soon after playing Hellblade: Senua’s Sacrifice, but it was so well done in both games. Grudgingly, Kratos learns to praise his son for getting them out of tough situations. Fortunately, Atreus eventually becomes an asset during combat. 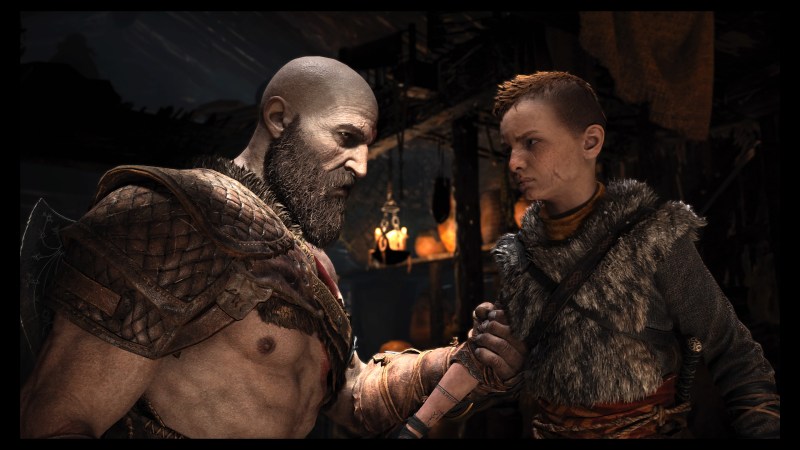 A few other moments caused me to think about my own dad during the game. Like Kratos, my father lightened up as I got older. As I earned his respect, he bestowed praise. Late in the game, Kratos can share a light moment with his son, and almost let loose a burst of laughter.

This game had many more moments of awe, where I could breathe in the world and feel like I was in another place, another life. The home of the witch comes alive with color. The Lake of the Nine is an epic landscape. The enemies are increasingly challenging, until you feel like you’re not just fighting underlings but you are really fighting gods.

It’s early in 2018, but I’m pretty sure this will be one of the best games that I play this year. It’s a rare case where the hyperbole of a game designer — in this case, Cory Barlog, when I interviewed him last year — completely lived up to the real thing. It’s all because they slowed down the pace of the game, gave it a real story with better characters, and preserved the essence of the gameplay that previous God of War games dwelled upon. I have never been to the places I saw in God of War, but it brought back memories. I’d rate this 95 out of 100.