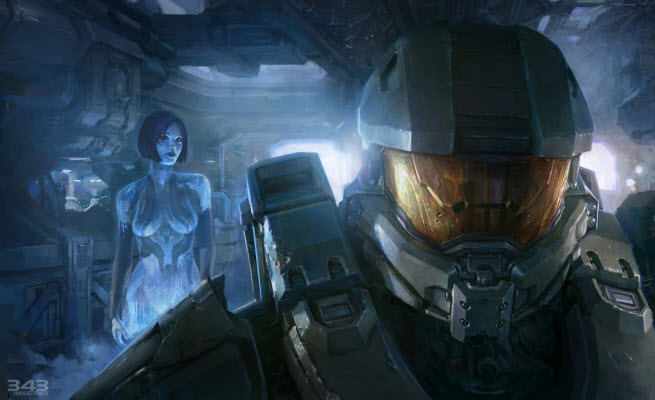 Warning: This column has some story spoilers.

All these years, we thought that the Halo sci-fi video game series — which has generated $3 billion in sales and 46 million happy customers for Microsoft — was about combat. After all, the original Halo game from 2001 was subtitled Halo: Combat Evolved. 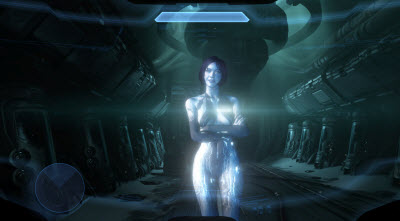 Forget that subtitle. It’s a romance. It should be called Halo: A Love Story. Cortana and Master Chief are in love, and the latest installment in the series — Halo 4 — reinforces that story.

At the beginning of Halo 4, Cortana awakens Master Chief from cryo-sleep in the midst of the wreckage of Forward Unto Dawn, the UNSC space vessel that was torn apart at the end of Halo 3. We learn from her that artificial intelligence companions have a seven-year life span, and Cortana has just turned 8. She is on the verge of “rampancy,” or being in danger of thinking herself to death.

Cortana — who is now fleshed out as a full, voluptuous character in contrast to past Halo games — becomes emotional during the conversation. Master Chief vows to get Cortana fixed. That sets up one of the main narratives of the game. This narrative is the most emotionally stirring and personal. No longer is Halo just about an epic interstellar war between humanity and the aliens known as the Covenant. It’s not about racking up the kills in combat. And I could care less about why I’m fighting this new race of Prometheans and a character named the Didact, who is beyond mysterious even among the enigmatic aliens. 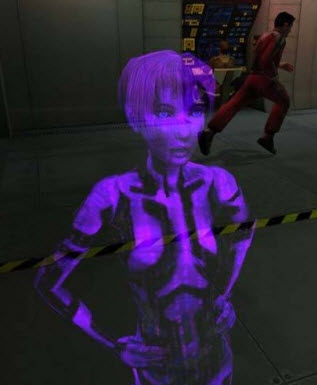 It’s about saving Cortana. Behind the orange face mask and underneath the gravelly voice, you can sense the emotion within Master Chief, who is about as machine-like as any person can get.

The interesting thing about this more personal story is that it comes amid an interesting change in the guard. Bungie’s decision to hand Halo off to Microsoft’s 343 Industries, a brand new studio, is a little like George Lucas handing off Lucasfilm and Star Wars to Disney.

I was worried about that hand-off, as was our Halo 4 reviewer Rus McLaughlin. But now that I’ve played through the entire game — which debuts worldwide on Nov. 6 — I think that 343 has done an excellent job of elevating the relationship between Cortana and Master Chief to the main stage. 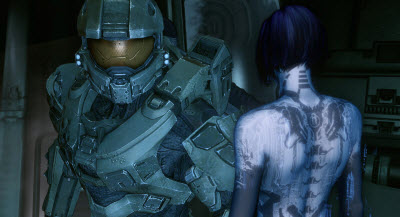 In the first Halo from 2001, Master Chief and Cortana (pictured left) bantered a lot. They made jokes as they faced overwhelming odds, and Cortana’s screams were meant to supply a sense of danger to the mission that Master Chief was about to undertake. It was like a buddy movie, with a hero and a sidekick. The original Halo was really about kicking the enemy’s butt.

“Everything that you see has been lovingly reimagined for Halo 4, including Cortana,” said Josh Holmes, the franchise creative director at 343 Industries, in an interview with GamesBeat. “We have a story in Halo 4 that is focused more on the personal dynamic between Cortana and the Master Chief.”

Everything in the game seems built to support this point. The 3D graphics are better so that you can detect more emotion in Cortana’s eyes and face. The cutscenes, or cinematic sequences between the action, give lots of air time to Cortana as she briefs the Chief on his progress.

The love story raises interesting questions about what is human. Facing her own mortality, Cortana understands the meaning of sacrifice in a way that many humans do not. And the machine-like Master Chief has to come to terms with his humanity and his ability to love someone, even if that someone is a computer program.

This part of the story was clearly the right part to focus on. Halo is an action game. But it has a “quieter, more personal story,” as Holmes said.

“For us, finding [quieter] moments within the action to explore that more personal story has been the challenge,” he said. “Chief and Cortana are on this amazing adventure. How do they deal with, in the Chief’s case, his own humanity, and in Cortana’s case, her own mortality? That was a fascinating story for us to explore as a team.”

The personal connection between the Master Chief and Cortana brings home the larger sadness of the Halo series. For the most part, Halo is about the human race losing an interstellar war. Master Chief fights nobly to prevent that, but he doesn’t have something personal at stake in it. For him, in Halo 4, Cortana becomes the thing that he might lose. Cortana still delivers levity during breaks in the action, but there is a darker, different tone to the whole story in contrast to previous games. She’s come a long way, baby. The love story may be platonic, but it’s very moving.

And that is where 343 Industries really delivers. They have shown that they can step up and provide a full-throated, epic love story that some fans have always wanted to see. It will be interesting to see if gamers, who relish the kill and beauty of Halo’s combat, will admit their own humanity and acknowledge that this love story is really what has held their attention for more than a decade. Halo? Yeah, I play it for the love story.

See our video interview with Josh Holmes, the creative director for 343 Industries, below.