Last night, Pokèmon Go developer Niantic announced that it was investing in a round of funding for DigiLens, a maker of holographic displays for augmented reality. It was rare for a game developer and publisher to invest in a tech startup, but it made sense because Niantic CEO John Hanke really believes its games will shine on AR devices.

We all know that games push technology forward. But Niantic’s move was an interesting development because it means that game developers can be the ones doing that pushing, sometimes more so than the incumbent companies that operate the platforms upon which games are played. In this case, a game developer became so successful that it could push its own agenda forward.

When Half-Life developer Valve became frustrated with the progress of digital distribution in the early 2000s, the game studio decided to create Steam, its own digital distribution service and online store. Many years later, Steam is a huge juggernaut that enables developers to get access to a huge audience of PC gamers. It expanded the market for PC games. 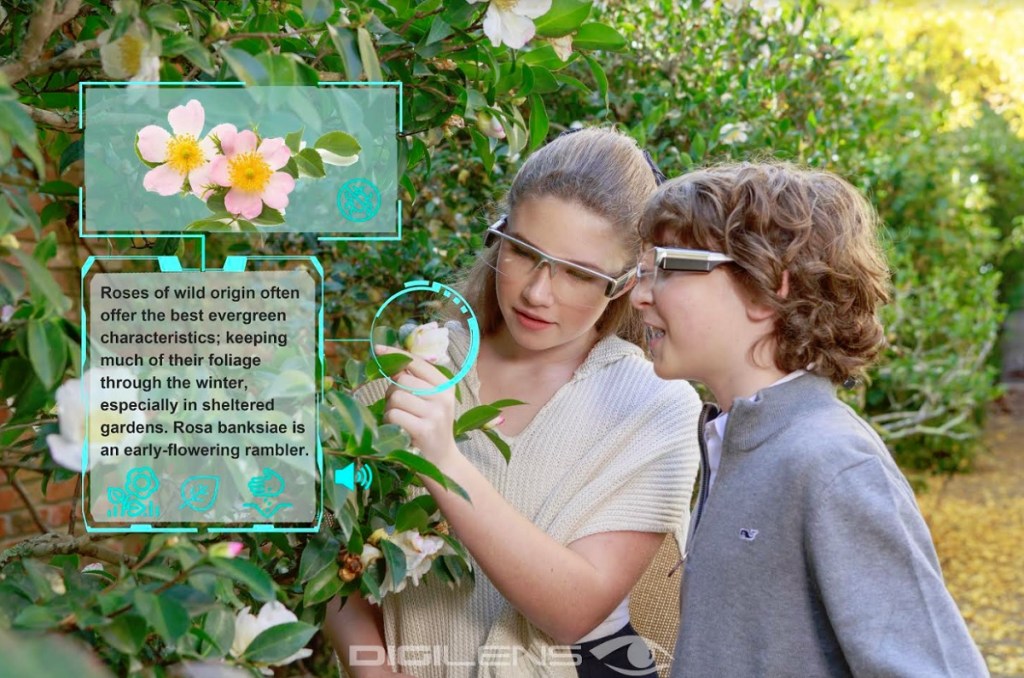 Valve also tried to circumvent Microsoft Windows and create its own Steam Machines, but that effort never took off the way that Steam did.

But on the Steam store, Valve still takes a 30 percent cut of revenues, and some 16 years after its launch, developers are saying they can use blockchain-enabled digital stores to get rid of all or most of that tax and make digital downloading and payments more efficient.

Epic Games demonstrated a similar attitude when it launched Fortnite on Android mobile devices. When it did so, it chose to skip the Google Play store and instead used the side-loading capability of Android to direct users to Epic’s own web site, where they could download Fortnite. This way, Epic didn’t have to share 30 percent of its revenue with Google.

Epic is also operating its Unreal Engine Marketplace, where it allows developers to keep 88 percent of their revenue, rather than just 70 percent. 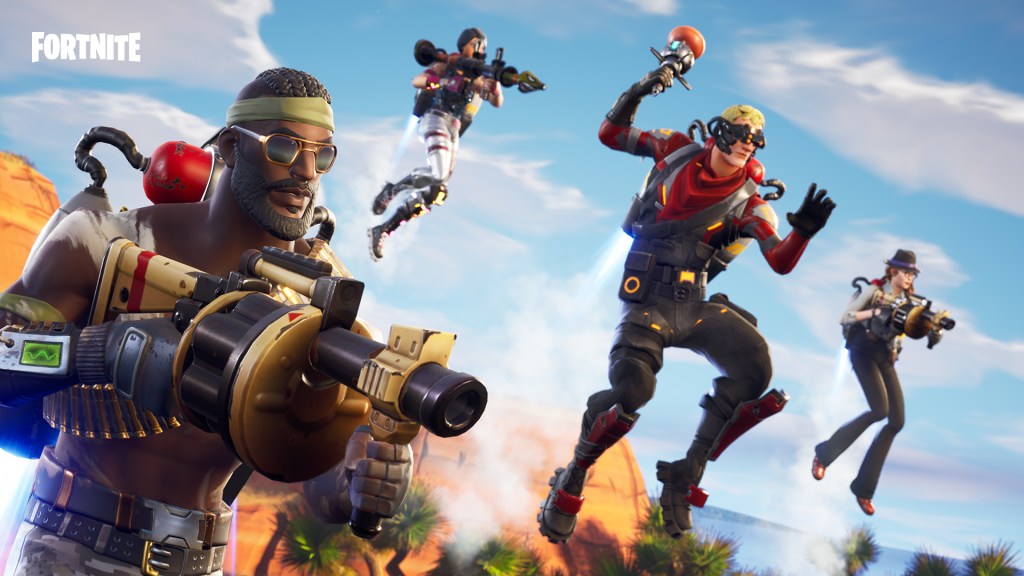 “The awesome thing about Fortnite is it’s brought a huge volume of digital commerce to Epic,” said Tim Sweeney, CEO of Epic, when I interviewed him in August. “We can now do that very efficiently. We can handle payment processing and customer support and download bandwidth with some great deals. We’re passing the savings along with the Unreal Engine Marketplace. We’ve changed the royalty split from the 30/70 you see everywhere to developers getting 88 percent. We find that’s a great boon for developers.”

He added, “I really hope there’s a better trend in the industry toward economic efficiency in distribution. Mastercard or Visa will process payments for 2.5 percent or 3.5 percent per transaction. These stores taking 30 percent is just out of line. There’s a 4X profit margin or more.”

In each of these cases, a developer became successful enough because of a big game, and it allowed them to push the collective cause of developers forward. Valve has used its revenues to create platforms such as Steam, Steam Machines, or SteamVR. It has given back to developers.

Niantic is using some of the $2 billion in revenue from Pokémon Go to make investments in augmented reality technology that could usher in a new platform for all game companies. Epic is taking its wealth from Fortnite do do something similar. 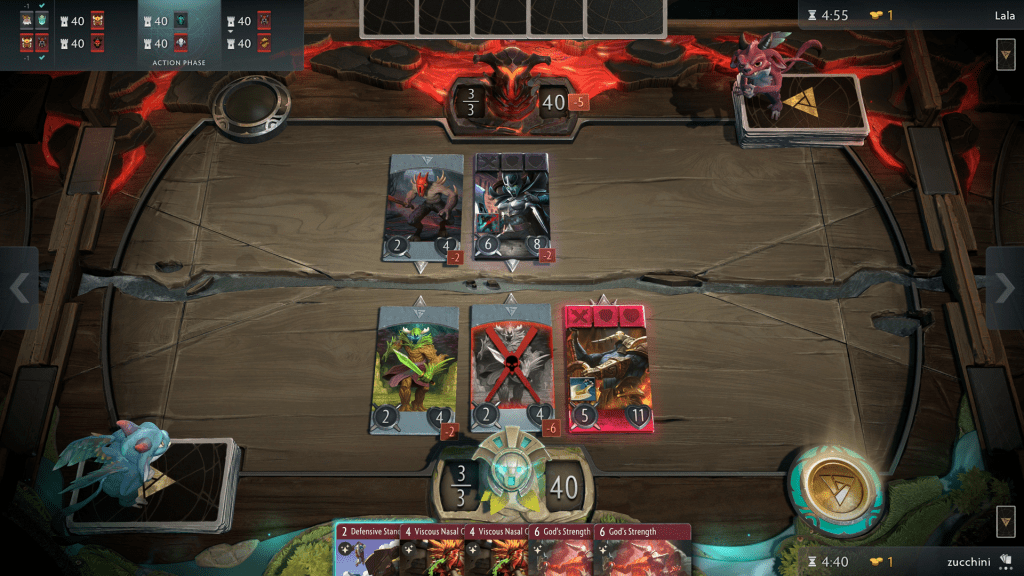 Above: Valve’s Artifact in action.

The idea that game developers can control their own destiny is a compelling one, and it feels like it is within the reach for a few. That’s good, as the news about platform companies isn’t always inspiring. The platform makers often don’t share enough of the wealth or innovate fast enough.

But it’s easy for even the successful developers to look out for their own interests. Many indies feel that Valve has reaped too much money for itself from Steam, and it should have been sharing more of those profits with game companies selling their games on Steam. Now Valve is painted as an incumbent.

And a lot of people want to unseat the incumbents, because, just like in our political world, these people are tired of being trod upon. They know they have to take power into their own hands in order to push their own agendas, look out for their own interests, and keep the rewards for their own hard work.

Sweeney wants to usher in the age of the Metaverse, or a whole universe of virtual worlds and games, all connected to each other on open platforms. Epic’s rival, Unity Technologies, also wants to enable developers to do more and to “democratize game development.” Blizzard has its Battle.net online gaming platform. We can see many examples of developers with power.

Let us hope that everyone’s vision remains pure, and they don’t forget where they came from. Otherwise, in the immortal words of The Who, it will be a case of “meet the new boss, same as the old boss.”

But here’s another idea. Maybe these developers should band together to create platforms for the common good. I happened to go to the annual dinner for the Semiconductor Industry Association last night. It has grown to a $450 billion industry, and that is due in part because the entire industry gets together to forecast the requirements of the future platform — a technology roadmap — and then they all figure out how they will create that platform. Dan Hutcheson, a longtime chip analyst at VLSI Research, told me that other tech industries like the 5G community are learning to do the same thing — banding together to build an ecosystem for the common good.

Maybe gaming should do the same thing.