Thank you to those of you who tuned into our online-only GameBeat Summit 2020 event this week. I had a great time, even though I didn’t come within miles of anyone who attended the digital event.

This event was a wake-up for me and many of our guests. Many attendees told us that we proved it was possible to do a good digital event. But it wasn’t easy to pull off, as our plans kept changing in real time. I’m very proud our team at VentureBeat stepped up to this challenge. And it turns out this was kind of an interesting lesson on how to take something meant only for the physical world into the digital future.

At our event on Tuesday and Wednesday, we had about 600 people in our summit’s Slack channels and about 1,800 registered to view the Zoom video proceedings across two different stages. We also streamed the event to the larger public on YouTube, Twitter, Mixer, and Twitch. We had 121 speakers in 59 sessions. It was a very complicated event to organize, particularly within the eight-week window that we had to pivot the event from a physical event in Los Angeles to a video conference event.

And we managed to grow our event year over year, as in 2019 we had 510 in-person attendees. 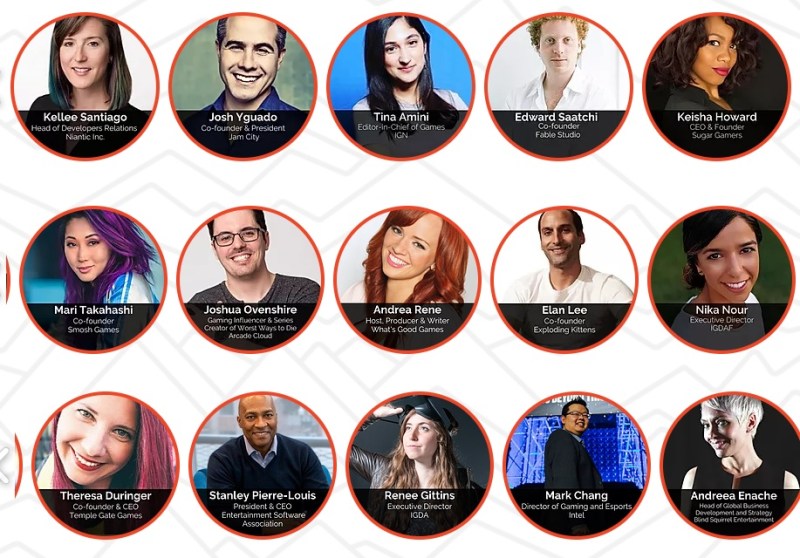 We were not preprogrammed for success. All of this came together very quickly.

At the DICE Summit in Las Vegas in mid-February, I was booking speakers and talking with folks about our plans for the Women in Gaming breakfast. But after I returned, the coronavirus was gathering steam. Tech companies bailed out on Mobile World Congress, the big trade show in Barcelona. On February 21, Sony and Facebook pulled out of the Game Developers Conference in San Francisco.

On February 26, San Francisco declared a state of emergency. Then, when the last major sponsor (Amazon) pulled out on February 28, GDC was canceled (or rather, postponed).

To me, during those days, it felt like we were dodging a bullet. Los Angeles, where we planned to do our event, was still open for business. I didn’t think the lockdown and fear of being social would last until the end of April. And companies that couldn’t show anything at GDC were now asking if they could come to the GamesBeat Summit on April 28 and April 29. That seems so naive today. But back at the end of February, some of us still thought we could do a physical event, as it wasn’t going to be a massive collection of people.

On February 29, one of my college friends who works in epidemiology warned me that by the time April came around, the pandemic would be markedly worse, with lots of people dying and most people in no mood to gather for physical events. We wondered if people would attend a mostly digital event, and if a smaller group would come to a physical event.

By Monday, March 2, I spoke with my boss Matt Marshall, the CEO of VentureBeat, and we reasoned that it would make no sense to move the event later in the year, when we might have even more people infected and more problems with a physical event. We decided to keep the event in April but started planning for an all-digital contingency. We thought we would bring people together to record sessions at a studio, with a small or no audience. We tried to hang on to that physical presence, as one CEO said he would skip it if it were just a digital event.

On March 3, we announced we would still do our event, perhaps as a small regional event, but we would reschedule it if necessary. On March 5, I attended the investor meeting for Advanced Micro Devices; it was my last physical event I went to as a journalist. Things were getting bad in Seattle, with lockdowns and deaths occurring in a major American city.

I was really starting to resent this “force majeure,” which was coming on so fast to ruin our plans as well as wreck the economy and endanger so many lives. I was getting dragged kicking and screaming into changing our event. And yet, I also realized this problem wasn’t just about me or my event. This was about being responsible and safe.

We had to do the right thing.

Pulling it all together

We also realized that we had one of the biggest fights of our careers on our hands. The easy thing would be to cancel it outright.

I signaled to our advisers that we would do a “digital-first” event, where the audience would be mostly online but possibly with some small gathering at the recording studios in San Francisco and Los Angeles. But Bill Grosso, one of our advisers, cautioned us to just drop the physical part altogether.

And soon enough, on March 11, the NBA suspended its whole season after a player tested positive. E3, the big game event in June, was canceled the same day. Speakers were starting to tell us they would not be able to travel to a physical event. Niantic, one of our sponsors, said it would still support us if we had a digital event. That gave us some energy to move forward. During that week, we went all-digital. But we had just about six weeks to make that transition.

By March 14, I had made my last trip to our local gym. We were locked down in our home, and I was unable to meet with the rest of our staff. On March 16, we told the public we would shift to a digital format. On March 19, we spoke with Rami Ismail, the cofounder of Vlambeer and co-creator of the Gamedev.World event, which was an all-digital conference for game developers. He had successfully staged that in 2019 and had great advice for us to take advantage of the digital format. He told us, for instance, that we should prerecord many talks.