Games got bigger than ever in 2018, with revenues expected to grow 10.7 percent to become a $134.9 billion market, according to research firm Newzoo. People are getting paid to play games as esports, and watching gaming has reached new heights. It was, of course, a good year for the business models of free-to-play and new categories of trivia or hyper-casual games. Retro games on remade consoles from years past soared back into the mainstream.

But to me, 2018 was the year that traditional narrative games like Red Dead Redemption 2 came roaring back. They blended the elements of open worlds with hubs that gave you a choice about which part of the story to do next. But they were more like games with strong stories rather than open worlds with a bit of a tale. That was refreshing at a time when some people were predicting the death of single-player games. I was so happy to see some long-term bets come through and pay off — like the first three titles on this list. They showed that cooking games beyond the normal cycle can still pay off when the games finally ship.

I have a list full of commercial successes and not so many indie efforts. It was a good year for 8-bit retro games, Nintendo titles like Super Smash Bros. Ultimate, surprise indie hits, and even some cool virtual reality games like Beat Saber. But not all of those resonated for me, as I felt drawn the big narrative games. I didn’t find an indie title that hooked me like last year’s Hellblade: Senua’s Sacrifice. 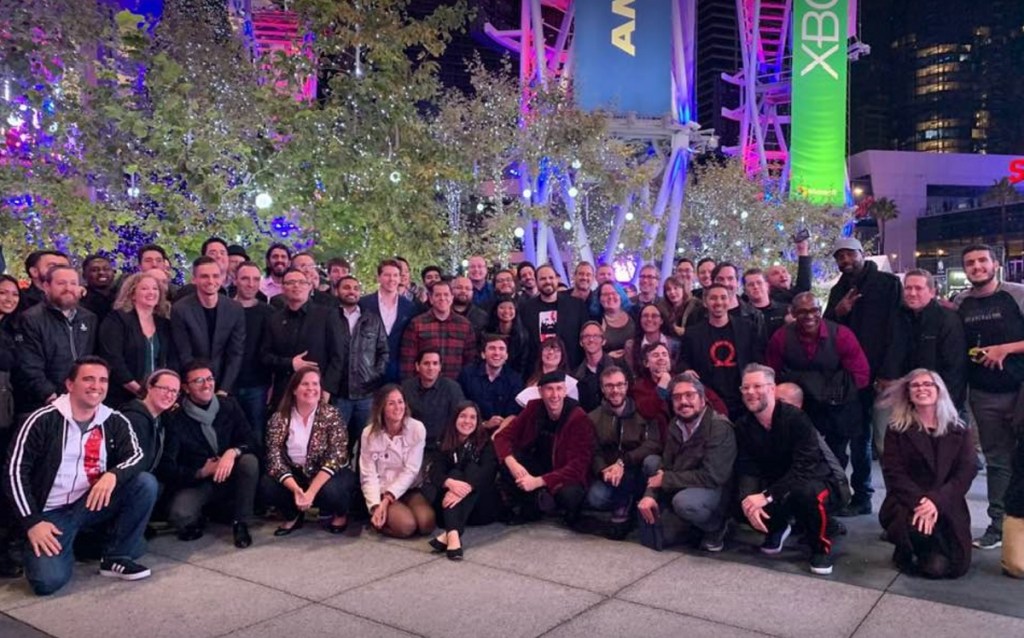 On mobile, I’ve enjoyed playing games like Pokémon Go, Ingress Prime, Star Trek: Fleet Command, and the new Command & Conquer: Rivals. But none of those titles made it into my top 10 list of favorites. And many good games I simply didn’t have time for, like Total War: Thrones of Britannia. I’d love to play those more.

The games that made it onto my list were the most memorable, and it’s no surprise that they had deep stories that went on for many, many hours, with some exceptions. Call of Duty: Black Ops 4 doesn’t have a single-player campaign this year and yet still managed to make my list.

Hopefully, you’ll have time to spend some time with these games during the holidays. And remember, it should be no shame at all that you don’t play these games with great skill or you can’t finish them. Having seen in person what it means for game developers to win big awards after so many years of hard work, I take this responsibility over deciding my own Game of the Year very seriously. 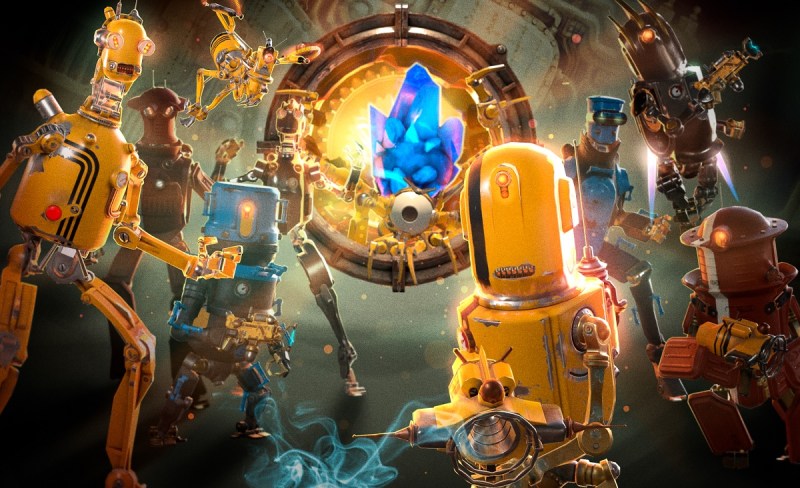 I’m sure this is one of those titles that very few people have tried, but it felt magical when I played it. It is a free flagship title on the next-generation augmented reality experience, the Magic Leap One Creator Edition. This developer prototype costs nearly $2,300, and so it doesn’t have wide distribution yet. It isn’t the easiest to get running, as you have to scan your room every time you play. But while you play with a wire attached from the glasses to a computing puck in your pocket, the experience gives you the freedom of a wireless, 360-degree AR experience. You can also see everything in your house and your friends, which makes the whole experience more realistic and social.

In Dr. Grordbort’s, robot enemies come out of the walls of your own home. A cute hovering bot named Gimbel shows you want to do, and you take a ray gun and start blasting the robots. They come out of portals and then march toward you your own living room. You can move around to get a better angle to shoot. And you blast them into little parts. They can hide behind barriers, and they are occluded by your real-world furniture, as if they were hiding behind something in the real environment.

I liked the Steampunk art style and the narrative that accentuates its comical British roots.

By no means is it perfect. It’s short, and you get tired. (That’s a positive, as it gives you a workout). Yet it’s a glimpse into what could be the future of gaming. It’s quite an achievement, as this is the only game from an emerging platform on my list of my favorite games of the year. Kudos to Magic Leap for that. It’s just sad that, with the state of the current platform and its cost, very few people will see this game. 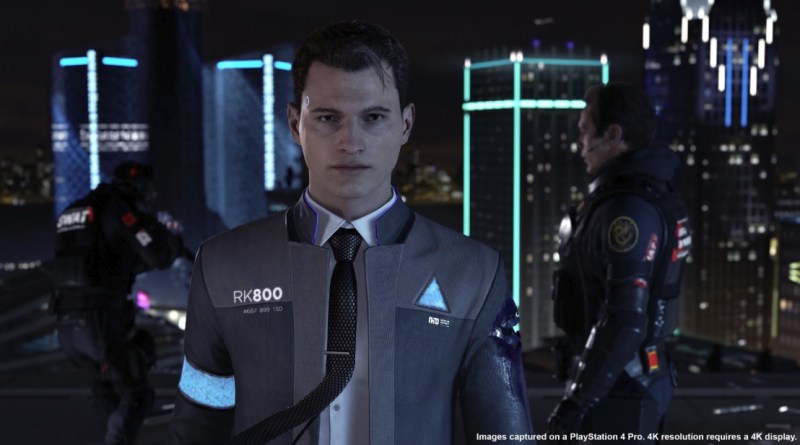 Above: Detroit: Become Human starts with Connor, the police negotiator.

Detroit: Become Human focuses on the familiar moral dilemma of science fiction, which is increasingly becoming science, about how humans should treat human-looking androids. Are they property, or are they sentient beings?

This latest epic from David Cage’s Quantic Dream got a fair amount of hate from critics who didn’t like “walking simulators” as well as people who didn’t like the heavy-handed message about androids having feelings too. Set in 2038, the game lets you play as an android. Early on, you get on a bus, but a sign says the androids have to go to the back of the bus. It’s an obvious homage to Rosa Parks and Civil Rights Movement, and how androids are people who have yet to wage their own revolution against their masters.

But I thought most of the game was really well done. The tech behind the digital human faces has advanced incredibly well, and so this game was much more immersive than previous Quantic Dream titles like Heavy Rain and Beyond: Two Souls. In this title, humans are feeling slighted, as a third of all people have been put out of work by servant robots. The fear is that the robots will turn bad, like with the Terminator. Yet you care more about the androids than the humans.

You play as a robot, for instance, who has to decide whether to hurt a human owner who in turn is abusing a human child. If you, the robot, intercede, you are violating your prime directive. The cool thing with the stories of three androids is that all the decisions have consequences, and you can retrace the events in a kind of flow chart. You can replay those scenes and move to a different path and a different ending. In that sense, Detroit: Become Human put a remarkable amount of control into the hands of the player.

If it had flaws, it was that the interactivity was limited. 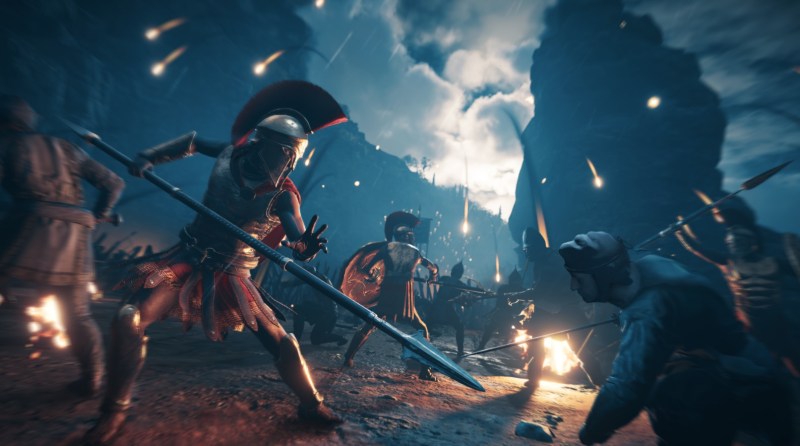 Assassin’s Creed: Odyssey is a vast game, with improved mechanics from past entries and believable characters. You can choose to play as a male hero, Alexios, or the female hero, Kassandra. The world of ancient Greece is impressive, and the backdrop of the Peloponnesian War between Athens and Sparta is momentous. The visuals are great, and the gameplay isn’t as wooden as Red Dead Redemption 2’s. But the quality of the facial animations is far worse, compared to Red Dead and Detroit: Become Human.

You can level up with various role-playing elements, more so than usual in an Assassin’s Creed game. That makes you stronger and enables you to undertake more big tasks.

If I had to pick a flaw, it is the usual problem of the open world being a little too mundane, where you are taking out bandits and collecting loot from them when you really should be on a much more important mission to avenge your family. Some of the missions may be too familiar. But I liked the personal motivation that Kassandra feels to leave her island home and go to the broader world. After so many Assassin’s Creed games under its belt, many of which have not been my favorites for the year, Assassin’s Creed: Odyssey and its setting is a breath of fresh air. 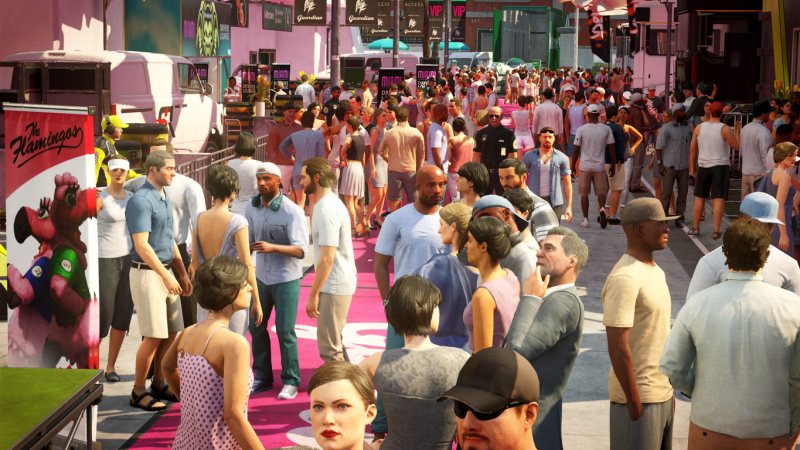 Jeff Grubb nagged our team to play more Hitman 2, and I’m glad he did so. IO Interactive laid the foundation for this title with Hitman in 2016, and now it has fleshed out its intentions in a much better way. The Miami level pictured above is an arena for assassination that is teeming with life. You can lose yourself in crowds and hide from people who are suspicious of you or your disguise.

Hitman 2 gives you many paths to setting up elegant traps that can make the death of your target appear to be accidental. You have more room in larger levels, with more ways to kill and the general feeling that life is emergent. The game developers have simply set up a place for your assassination to take place, and your job is to use your imagination and get the job done. Then you can go back and replay the missions and see if you can do better, with more variety of equipment.

Sometimes I felt a bit rushed in the exploration, like when a race ends and with it so does a certain path of assassination. But you can always come back and find new ways to kill someone, including beating them to death with a dead fish. Agent 47 can take people down in hilarious ways. You can get clues to environment by using your instincts, which highlights nearby items of interest, and that saves you a lot of time. This game is now a solid experience in its second iteration.

6) Shadow of the Tomb Raider 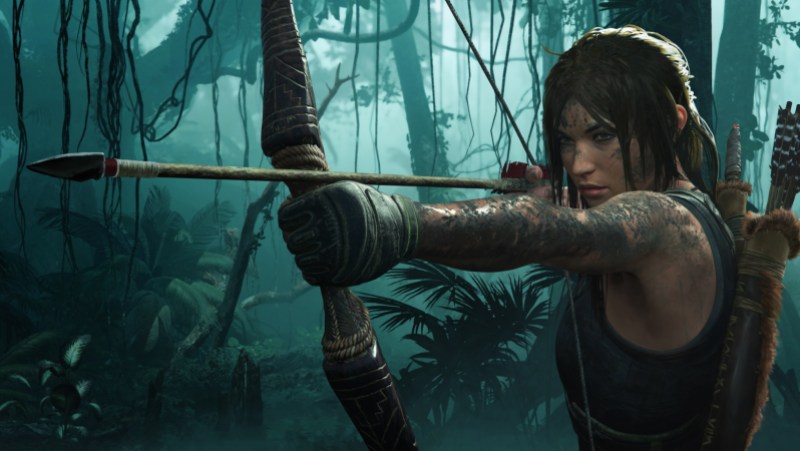 Above: Lara Croft in Shadow of the Tomb Raider.

Lara Croft’s journey has been a joy to relive, as this year she rounded out a trilogy of rebooted games that brought a lot more emotion, empathy, thoughtfulness, and cinematic moments into the franchise. Shadow of the Tomb Raider takes place in the jungles of Mexico and Peru, and it features Paititi, one of the biggest open world hubs ever in a Tomb Raider map.

Lara is now more mature than she is vulnerable, compared to Tomb Raider, first reboot game in 2013. She’s more cynical than in 2015’s Rise of the Tomb Raider, and she has become more of a merciless killer in the shadows of the jungle. She retains a sisterly love for her friend Jonah, and the desire to protect him leads to some of her darker moments in the set piece scene of an exploding oil refinery. He serves the purpose in this game of bring her down to Earth, or snapping out of her narcissistic need to save everybody.

She is still filled with self-doubt and a sense of loss, a legacy from her vanished parents. She hasn’t become the annoying character from the Angelina Jolie films. The only problem I had was I have never liked how the ending of these games becomes overly supernatural, just to present Lara with more of a difficult boss fight at the end.

The ending presents Lara with a difficult choice, but it’s ultimately about choosing between a fairy-tale past and the future as the person that she has become. Lara Croft became so much more than the over-sexualized bantering hero that she was in her beginning, growing up as a character as we did as gamers. I like how this Lara turned out, and I will miss her.