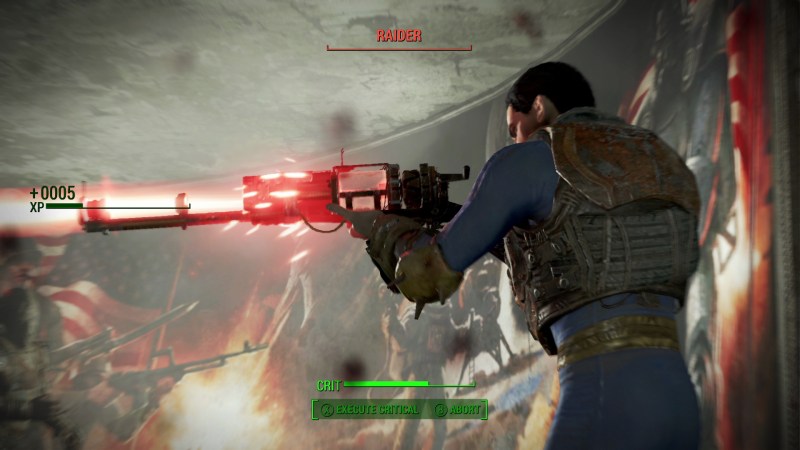 Bethesda worked on this postapocalyptic sequel to 2009’s Fallout 3 for six years. During that time, it has crafted the title with care. It has delivered some high-end visuals, made scavenging fun, and brought back favorites such as a companion dog. The game is as deep as it gets. Creator Todd Howard showed how you could create your own character, dive deep into role-playing choices through the Pip Boy gadget, and enjoy a lot of satirical humor of the 1950s retro style optimism. You can craft weapons like the crank-operated laser gun and use it to, uh, negotiate with other humans you encounter in the wastelands.

If this game lives up to its promise of making life in the wastelands truly interesting, it’s going to be huge. And the apocalypse is once again going to be fun. 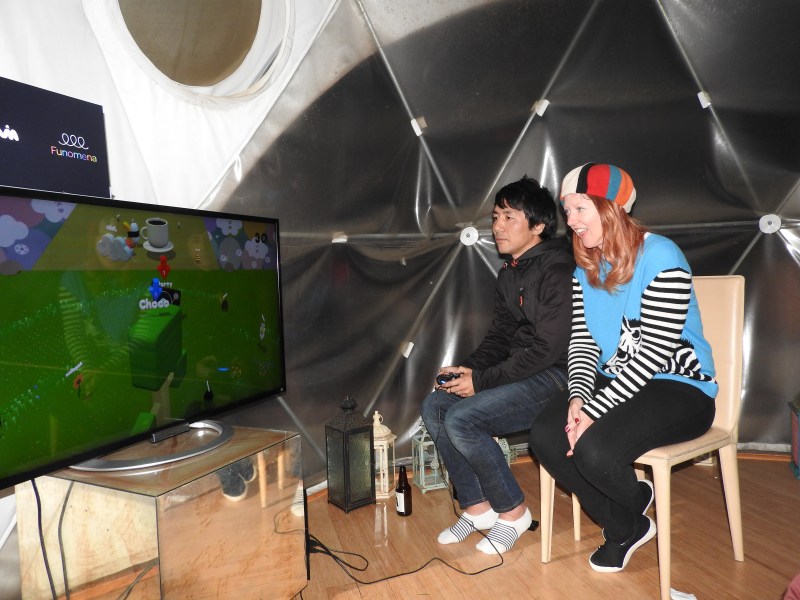 Above: Keita Takahashi and Robin Hunicke of Funomena show off Wattam.

Clearly, E3 didn’t have enough wacky games. And that’s why Keita Takahashi, the creator of the wacky Katamari Damacy games, exists. He teamed up with Robin Hunicke and Martin Middleton to create Wattam, another crazy title that defies describing.

Takahashi’s inspiration was as strange as in his past games. He felt like people are too disconnected from each other and they need to get together, hold hands, and play. In this game, you start out with ordinary animated objects such as a cloud, a mayor, a tree, and some sprouts. Each one has a name, and it comes to life as you interact with it. You get a lawn mower, and you can mow over the grass, the flowers, and other objects. Each one of the objects starts to shine as you interact with it more. You can link the hands of the little animated characters. Once 10 of them are linked together, the mayor can set off a bomb on his head and blow them all sky-high, like fireworks on the Fourth of July.

Never have we seen such a goofy premise for a video game. I’m not surprised it’s fun.

8. ReCore by Comcept Studios and Armature, from Microsoft 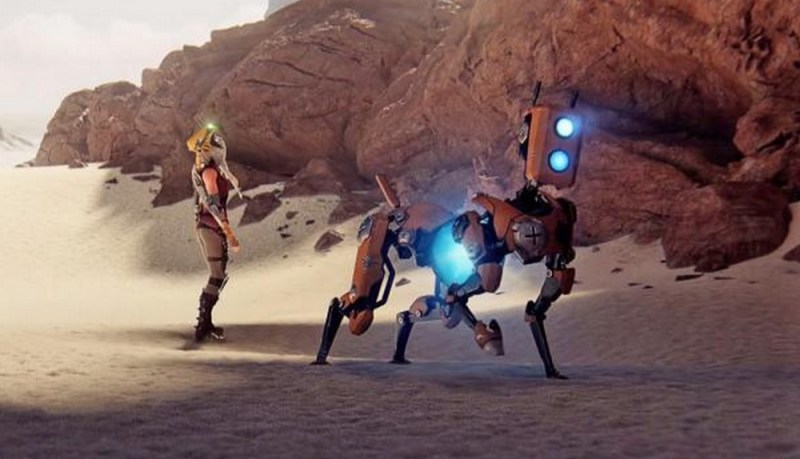 Above: ReCore is about a girl and her robot dog.

What tale could be simpler and more endearing than one about a girl and her robot dog. OK, it’s going to be complicated. But the revelation of this new exclusive from Microsoft showed how storytelling can be key. The duo encounter enemies on a desert planet, and the robot dog sacrifices itself to save Jewel, the girl. She saves its “core” and puts it in another robot. Is it the same dog? 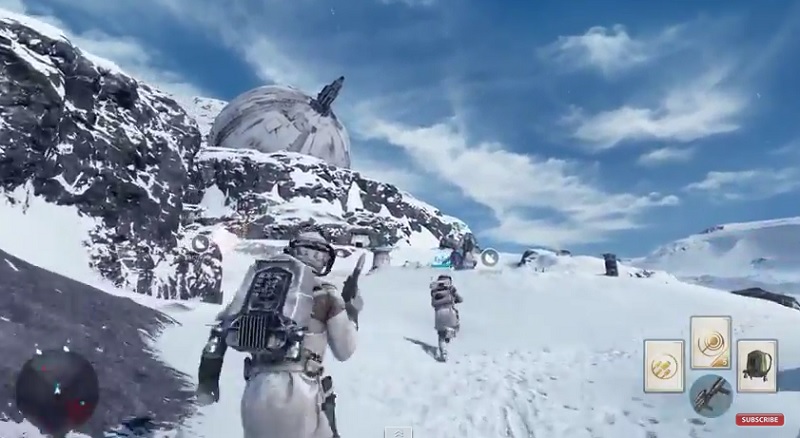 Above: Star Wars: Battlefront by EA

Nothing is more iconic and crosses generations like Star Wars. With Battlefront, EA has rebooted a franchise that badly needed some good graphics and gameplay. Battlefront plays more like a Battlefield game, and that’s no accident since it uses EA’s Frostbite engine.

The game takes you back to classic scenes on planets such as Hoth and Tatooine. You can fight in X-wing fighters or duel with Imperial Stormtroopers as a hero of the Republic. You can also play the dark side, or play as Luke as he duels his father Darth Vader. The whole world is looking forward to this game. 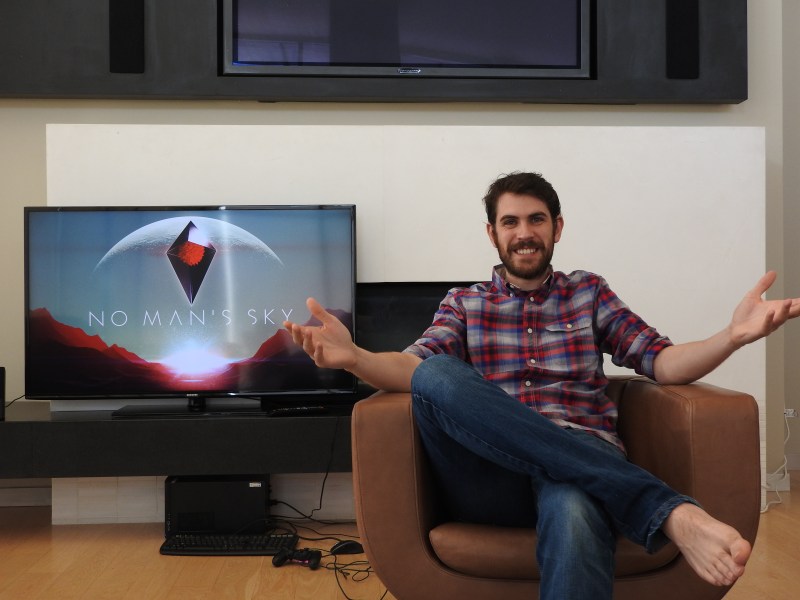 This appeared last year, but it is growing on me. I’ve begun to appreciate the magnitude of its efficiency, as explained by co-creator Sean Murray. Made by just 10 people, No Man’s Sky uses mathematical algorithms to generate infinite worlds for you to explore. Its artists create the rough idea for characters, and when you land your ship on a planet, it then procedurally creates the world with a painterly art style.

The game stores what you experience at a particular place in the world as a math equation, rather than storing masses of data that games such as Star Wars: The Old Republic do. If you return to a place you’ve been before, it simply fires up the old algorithm and reproduces the scene as you saw it. That is very efficient.

The result is some of the most creative mashups of plants, creatures, and places you’ll ever see. You can kill these creatures if you wish, but the robot police will converge on you. If you simply wish to discover things, you can earn currency by uploading your discovery data to earn more currency to beef up your spaceship.

Here’s our poll where you can vote for your favorites. And leave some comments if your favorite title isn’t there.