Thanks for reading The DeanBeat and supporting our independent journalism. This is a good time to announce that our GamesBeat Summit 2020 web site is up and available with some of our initial speakers posted. By the time the conference rolls around on April 28-29, 2020, we should have well over 100 speakers. You can get your tickets now at the early-bird rate.

I had a busy week, heading off to events like the Arm TechCon conference and the Adjust Mobile Spree event.

But a lot of our big stories revolved around other news like Sony’s unveiling of the PlayStation 5 (in a blog post and Wired exclusive, not an event); Blizzard’s blunder in punishing an esports athlete who supported the Hong Kong protesters; and former Bungie CEO Harold Ryan’s announcement of the ProbablyMonsters game development company, which has two new triple-A studios.

I didn’t weigh in so much on the biggest events of the week, but that gave me a bit of time to digest them. 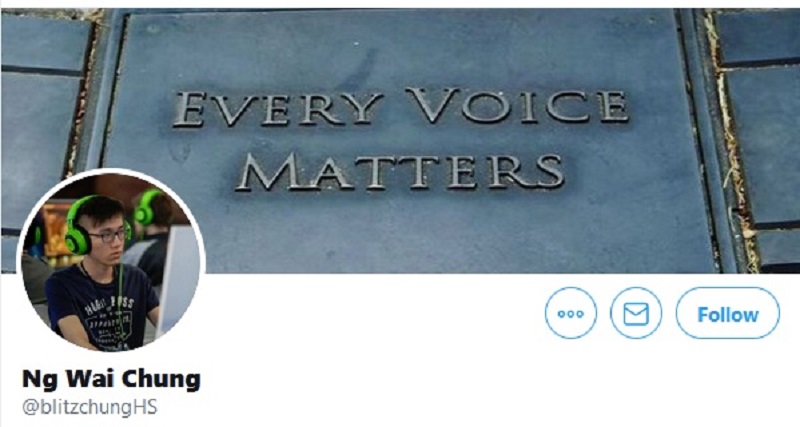 Above: Ng Wai Chung, who plays Hearthstone as Blitzchung.

Of these three events, the biggest one, believe it or not, was the Blizzard snafu, because it exposed a fundamental clash of cultures between freedom of speech in the U.S. and censorship in China. I think this is only going to become more pronounced over time, whether Hong Kong continues to stay in the news or not.

It all started when Blitzchung, a pro player of Blizzard’s Hearthstone, supported the Hong Kong protests against the Chinese government in a post-win interview on Sunday. Blizzard responded with a harsh punishment.

Tim Sweeney, CEO of Epic Games, took a stand for free speech in response to Blizzard’s spineless move. Although Tencent owns 40% of his company, Sweeney said that he is the controlling shareholder.

Epic supports the rights of Fortnite players and creators to speak about politics and human rights.https://t.co/GWxDjKVjeJ

Although under the same kind of pressures, Sweeney correctly found the moral authority in the situation and wasn’t afraid to speak it. It is important to have voices that are strong enough to do the right thing. In the larger context, Blizzard should have realized that democracy is under assault everywhere, and that it is on the wrong side of this moment in history.

No wonder the company’s employees staged a walkout, and they covered up the stone above that says, “every voice matters” near the statue of the orc on the Blizzard campus in Irvine, California.

The Blizzard news outshone Sony’s platform announcement because Sony did everything possible to hide the news from everybody.

The Japanese company once known for its swagger chose a very muted way to deliver a big message about the PlayStation 5. It announced the formal name and its holiday 2020 ship date in a Wired article and blog post. Normally, the company would hold a press conference, a fan event, and a big party.

But this isn’t the normal Sony, as the guard has changed. Perhaps that is because some of its most well-known spokespeople, like Shawn Layden, have left the company. Sony’s U.S. and European PlayStation divisions have been rivals for a while, and the U.S. executive team has turned over.

The company let Wired fondle a game controller to see how it feels to have more granular haptic feedback instead of a continuous rumble force feedback. And architect Mark Cerny reiterated the value of having a solid-state drive (SSD) instead of a hard disk. But it will be interesting to see whether Sony can pack enough SSD storage into the box to make gamers happy. We’ll probably still have to buy hard drives to back up a collection of games on the machine. And the SSDs may drive up the price.

But Sony didn’t say anything about the processor or graphics capabilities. It makes me think that if you peel off the PlayStation 5 logo, you’ll see an Xbox logo underneath, as both Sony and Microsoft are using a processor and graphics chip from Advanced Micro Devices.

These machines will come out at the same time with similar hardware. The only thing that will distinguish them are the exclusive games on each platform. That’s pure competition, as it should be.

But come on, Sony. The launch of a new game console is a huge celebration. It’s not a frigging funeral for laying the old generation to rest. (This is one reason why the theme of our GamesBeat Summit event is “The Dawn of a New Generation.”) 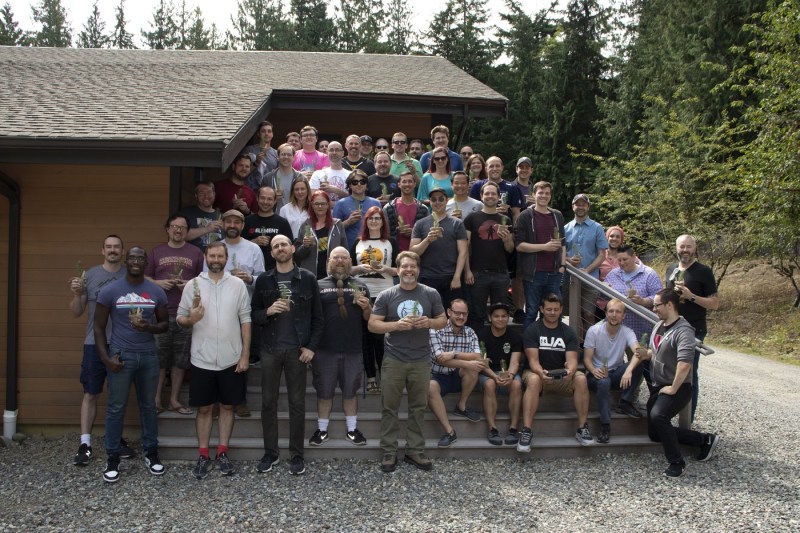 One of the more significant stories of the week also got a bit overshadowed. Harold Ryan unveiled ProbablyMonsters, a game development company that has been operating in stealth since 2016. It raised $18.8 million, and it has 70 employees across two triple-A game studios, and it has two publishing deals for unannounced games.

Ryan, the former CEO of Bungie, knows that you have to go big or go home when it comes to triple-A games. But the ambition here is brazen. It’s enough of a challenge to create a single triple-A game. With two separate studios, Ryan said the company can run two separate businesses, with autonomy in the right places. Each studio will make decisions that are right for its game.

Triple-A games have become very expensive to make. It is much easier to create a mobile game studio or an esports company and get a small amount of venture money. It would even be easier to become a free-to-play maker of a single big game, as Riot has done with League of Legends.

But the maker of games such as Halo and Destiny believes in creating a company that can provide a stable life for developers and multiple blockbuster games. This venture is going to need a lot more money, and it is a gigantic bet for a startup to make. Such bravado is usually reserved for the platform owners like Sony, Microsoft, or Nintendo, or the biggest publishers like Ubisoft, Electronic Arts, or Activision Blizzard.

I was expecting one big game. Not two, with the ambition to do more. A huge amount of money is available to finance this kind of thing. And it’s the kind of empire building that could take games to a new level. Hat’s off.