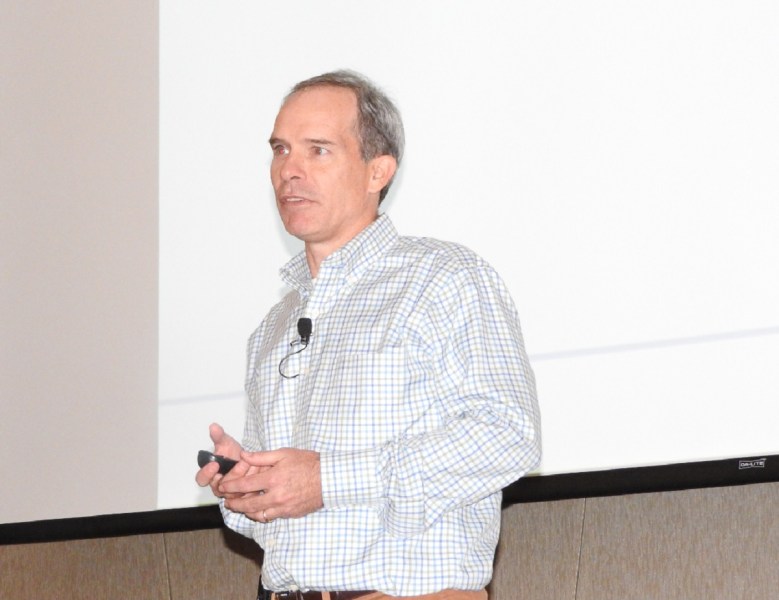 And because of people like this, venture capitalists are getting their footing about where to invest, Berry said. That was the case for Madrona Venture Group, a Seattle VC firm which invested in Berry’s company. Madrona had to figure out its investment thesis, a framework for how VR would evolve and grow.

“We’ve been looking at the virtual reality space for over a year. We have developed our own points of view on the category,” said Matt McIlwain, managing director at Madrona, speaking at the SEA VR event. “We’re delighted to announce we’ve invested in Envelop VR. We think this will be the first of many investments in the space. A lot of people use this term ‘seeing is believing’ for VR. I don’t think that is quite the term. I prefer ‘experiencing is believing.'”

“Our view is the smart headset is the next hardware platform that will fundamentally change the way we interact with the world,” McIlwain said.

“A few headsets in the right enterprise in the right space can have a profound impact on a business,” Berry said. “There’s a ton of money in the enterprise space because these technologies can fundamentally improve a business process.”

Other people aren’t quite ready to dive in all the way. Sunny Dhillon, partner at Signia Venture Partners, said that consumer spending on content is still a ways off.

“I do think that content creation tools, in the early days of a new platform, are a pretty good bet,” Dhillon said. 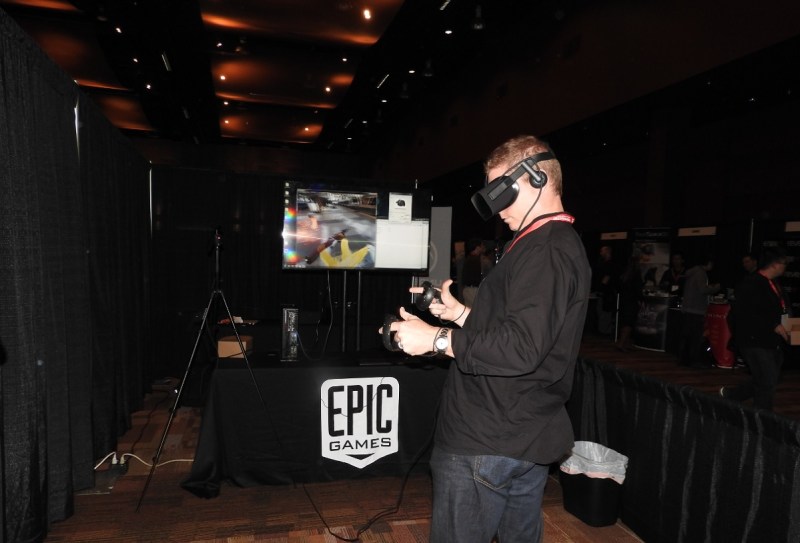 “I’ve been looking at VR companies since the ‘90s. Technology has come a long way. It’s an incredible experience. It’s absolutely the future,” said Phil Sanderson, managing director at ID Ventures. “Our job as VCs is to figure out when is the right time to invest in the cycle. What you don’t want to do in any cycle is invest a little bit too early, two or three years too early. The amount of money it takes to build a team and put out a product, you can lose that in a very short amount of time. I’m waiting for the right time. I feel like we’re maybe two years away, maybe three, from investing in publishers and developers in the category. But who’s to know?”

Big challenges remain. Poor VR and AR experience are all over the place, and they will make you sick, Berry said. Rubin, who started the successful Naughty Dog studio a few decades ago, acknowledges that making good VR is going to be really hard. But rather than wait, he believes that game developers have to start trying now.

“Naughty Dog just celebrated its 30th anniversary, so I’ve been at least 30 years in the games industry, and this is the single largest challenge,” he said. “It also feels like an inevitability to everyone that uses it. If you believe this is inevitable, and if you believe this is a hard challenge, getting in early and failing a few times – perhaps financially failing a little bit, struggling, making sure you make ends meet – is the best way to give yourself a shot at the next gold rush in the industry. ”

Figuring out what to do next is a very big challenge. In this pre-competitive stage, many of the VR and AR people are helping each other, which was the point of the SEA VR event.

“We’re in the phase where there is more we don’t know than we do,” Berry said.

There’s one more thing to figure out, before we all get started on making a big pile of money, Brin noted. The science fiction author reminded us that we have to make the right choices to push our horizons outward, rather than the wrong choices that could bring some kind of technological hell. Brin wants us to use the technology of VR and AR to bring us all closer. With AR, for instance, you’ll know the name of someone walking by you. That person will no longer be a stranger. It will be a global village, with billions of people in it.

“What we are looking at is the return of the village,” Brin said. “Show us there is more to be gained than feared by this. You have a village of 7 billion people.”

I’m going to more people about it next week at Intel Capital’s event in San Diego, Calif., on Tuesday, where I’ll moderate a panel on augmented reality and virtual reality. We can all argue about when the next stage of growth will come for VR and AR. But I don’t think you need to know exactly what will happen. Right now seems to be all about finding your footing in VR and AR, not knowing exactly what you’ll do. If you have your footing, you can react fast to changes and be flexible for when the moment really comes.