Another week has gone by, and the game industry has rolled with the punches of the coronavirus. It demonstrates how resilient game companies are and how they can adapt to almost anything. But our collective experience shows it’s hard to dodge something as apocalyptic as a pandemic that shuts down many parts of the global economy.

The reality is setting in about things the industry can’t change and matters that are beyond its control. Yes, it’s true that people are turning to online games as a distraction from a depressing reality. But with a record 3.3 million people asking for unemployment benefits this week, people aren’t going to have the disposable income they once had available to spend on games.

Our not-so-credible President, Donald Trump, is telling us we could go back to work and normal routines by Easter in mid-April. But Bill Gates tells us that’s not such a realistic idea, and I’ll wager that the game industry believes in what Bill Gates, the man most responsible for giving us the Xbox, has to say. Whatever our plans, infectious disease expert Anthony Fauci says the virus dictates the timeline. And Angela Merkel, the chancellor of Germany, made a sober case for how we can pull together and weather this long crisis by creating distance. We would all love to be optimistic, but the U.S. just surpassed China as the country with the most cases in the world.

For the game industry, where every week always feels so precious, this feels like we going to have to rethink it all. This virus will bring about long-term changes. Not just for weeks. Not just for months. But we have to get used to the idea of things being different for years. For me, that prompts so many questions that must be answered in our brave new world of the pandemic.

Can we work from home? 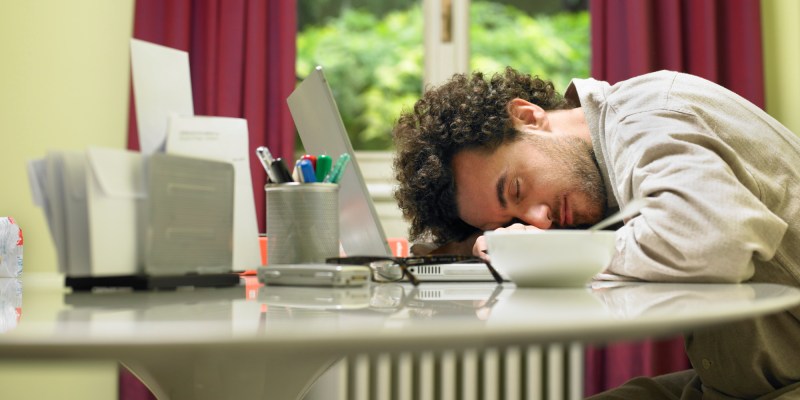 Above: My boss just might be in this position right now.

The first task is to get up off the floor, even while we’re still being punched. We have to acknowledge reality, and take this coronavirus as seriously as we can. It will cause many rude awakenings, including our own isolation.

Glen Schofield, former co-head of Sledgehammer Games and now founder of Striking Distance Studios, had just started moving his dozens of new employees into a new headquarters in San Ramon, California, in the East Bay region. They found a place nine months ago and started moving in on March 1. But just a couple of weeks later, the company had to dismantle the office and send everyone home, Schofield said in an interview with GamesBeat.

The building has a motion-capture studio, but the team can’t use it yet, as that involves a lot of people working closely together. And it’s not the kind of thing you can do at home, with everyone isolated. But Schofield said the company made three offers for jobs this week, and it is still hiring. They don’t need the mo-cap studio for a while, and they can get by working individually and using online video calls. The day starts with a 15-minute Zoom call for the whole team.

The coronavirus hit the U.S. like a slow-motion wave. Sponsors started pulling out of the Game Developers Conference. Then GDC canceled, moving (optimistically) to a physical event in August. South by Southwest (SXSW) was canceled and so was the Electronic Entertainment Expo (E3). The falling dominoes meant that all of the physical game marketing events were gone. It’s going to be a remote world.

But for how long?

What happens to esports and other physical events? 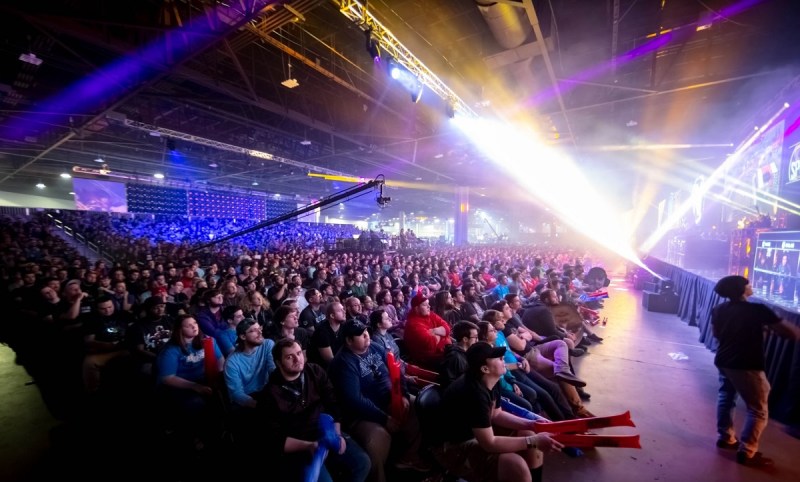 I got a taste of what it was like to shift from physical to digital. Our team had to find a way to take our GamesBeat Summit on April 28 and April 29 from a physical event with online streaming to an all-digital experience. We were just about done recruiting 100 speakers for our event when it became clear we would have to give up the physical event. I lost some speakers and scrambled to replace them. So we had to ask everybody if they would be OK with a digital event, and I’m grateful that many speakers and sponsors stuck with us. We’ll have the same kind of event, with digital networking and video talks. (Schofield is going to speak at our event.) But it’s been harrowing work, but we got our agenda up.

As I wrote last week, many esports companies had to shelve their physical events, which took place in everything from internet cafes to stadiums. Those in-person matches with thousands of cheering fans produced a lot of the excitement for competitive events, motivating even more people to watch online. Now that part is gone. GameStop was pulled kicking and screaming into shutting its California stores, after first trying to argue that its stores were serving an essential retail purpose.

So startups like Rally Cry, which came out of stealth this week with $1.4 million in funding, pivoted much of their efforts into digital esports and online gaming.

“I think we see an opportunity to bring people together both digitally also in person,” said Rally Cry cofounder Tyler Rosen in an interview. “But with the current environment, I think getting together in person is going to be challenging for the next few months.”

But yes, in the back of our minds, I think we’re all wondering if we are seeing permanent changes. What will the game industry be like by the holidays, when everyone traditionally spends a lot of money? Sure, we can get our games digitally. But now we’ll have a test about whether online marketing and online sales can really replace our physical infrastructure for getting games into the hands of players.

Will VR pick up as a more immersive way to meet?

Many virtual reality arcades were a lifeline for VR companies that had overpriced equipment. Players who couldn’t afford their own gear could use it at the local mall. Now that’s gone. Purveyors of virtual reality now argue that they can deliver a more immersive digital experience, so that people won’t be bored with the usual online experiences and instead can get a taste for something that feels more real.

Spaces, which was making VR arcade games, has pivoted to VR communications apps, which can reimagine the boring Zoom meeting with something more tactile. VR can be so much more engaging, but will it grow beyond its niche? This is going to require a big change in the behavior of everyday users, who have pretty much said that VR isn’t worth what it delivers right now. But perhaps the coronavirus is the push that will change that behavior?

How will everyone respond? 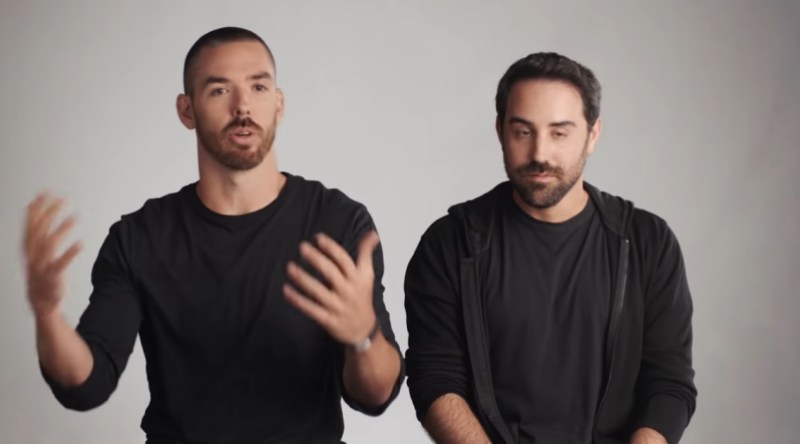 Many people are still concerned with saving their businesses and surviving. They’re taking care of their families and putting less of themselves into work. That’s what happens when you get punched in the face and you’re reeling. But at some point, you get up, look around you, and try to do something else.

One of the interesting twists is how games can become a vehicle for goodness. The founders of Riot Games, Brandon Beck and Marc Merrill are donating $1.5 million to nonprofits in Los Angeles. Razer began shifting its manufacturing to make masks instead of gaming peripherals.

Gaud-Hammer Gaming Group (G3), Ultimate Gaming Championship (UGC), and Beasley Esports announced yesterday that they would create Shutdown Showdown, an online Apex Legends tournament dedicated to spreading awareness about the coronavirus. The group will donate proceeds to the charity No Kid Hungry.

The aim is to reward those fighting against the spread of the virus by staying home. Shutdown Showdown is a five-week online tournament taking place between March 31 and April 28.

These are small efforts. But collectively, the industry can do a lot to step up, fight misinformation, inspire young people to behave in the right way, and otherwise save lives.

It’s a process. First we get run over by the pandemic. Then we figure out how to get on our feet and survive. And then we figure out how to do some good. Like I said. I have a lot of questions about how things will change. I hope we can pull some good out of this. I wish the industry the best, and hope it will be inspired to do great things during and after this crisis. I just wish it didn’t seem like it was happening in slow motion, and that we could move on to this post-pandemic world as soon as possible.