Next week I’ll head off for my annual holiday from gaming as I focus on covering technology at the CES 2019 event in Las Vegas. Gary Shapiro, the CEO of the Consumer Technology Association, the lobbying group that puts on the biggest tech trade show, told me that the event will draw 180,000 attendees and 4,500 exhibitors. The show will cover 2.8 million square feet of exhibition space, and it will have 1,160 startups in its Eureka Park section.

I’m expecting to see some big trends — yes, some of them obvious — like artificial intelligence everywhere at the show, like smart sensors and self-driving cars. I want to see AI applied to solving real-world problems like elderly care and health wearables that can warn you of an imminent stroke — without a ton of false alarms.

This should be the year of real-world demonstrations of 5G, the new cellular technology that could transform broadband data delivery. Companies such as Verizon and SK Telecom have begun deploying it in the hopes of delivering gigabits per second of data delivery for users. 5G will be far-reaching, but it could be a lot more talk than show at CES 2019. By 2020, 5G mass deployments should be well under way. 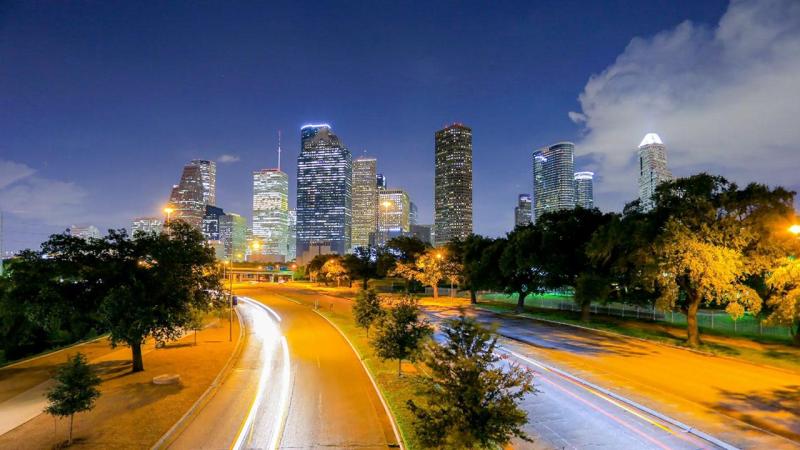 Above: Houston, Texas will be Verizon’s third 5G city.

The North Hall of the Las Vegas Convention Center will seem more like a car show, with lots of models from scores of car companies that are creating driver-assisted or self-driving cars. Blockchain startups will try to grab some attention, but it will be a challenge given the bath that many investors have taken on cryptocurrencies like Bitcoin in the past year.

Energy harvesting will bring our attention back to the slow, slow progress in improving batteries. But companies like Cypress Semiconductor will show solutions that can help power Internet of Things devices, and Bay Area startup Matrix Industries will show a PowerWatch 2 smartwatch that is powered by a combination of body heat and a solar cell. It never needs to be charged.

Samsung will be one of the most-watched companies at the show, as it will show a wide array of technologies at its 2 pm Monday press event. I hope to see the foldable smartphone that the company teased at its recent Samsung Developer Conference, but I fear we’ll have to wait until the Mobile World Congress event later in the year. New tech like foldable displays will be much more exciting than a new round of 4K or 8K TVs, in my opinion. I’m also looking forward to seeing what Nvidia’s Jensen Huang reveals on Sunday night, relating to both artificial intelligence chips and gaming. While gaming and VR aren’t the focus of the show, I am getting some gaming pitches and some invitations to go to esports or VR arcade locations. 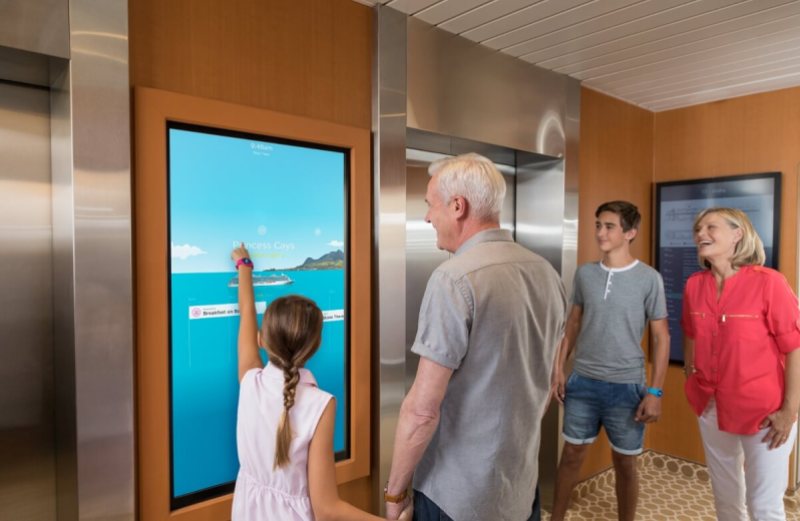 I certainly don’t have all the answers. I’ve got questions too, like how Intel can deal with competition from Qualcomm, Advanced Micro Devices, Nvidia, and ARM. At the company’s press event on Monday, the world’s biggest PC chip maker won’t have a permanent CEO. Intel has a lot of turf to defend in the data center, the PC market, and gaming. But it hasn’t taken as much share in smartphones, artificial intelligence, and IoT processors. The company’s chip designers are promising the return of architecture as Moore’s Law slows down and the need to apply good old-fashioned chip engineering smarts to create the chips of the future.

In one of my continuing hopes for technology, I hope to find some interesting stories, like the one that Arnold Donald, the CEO of the world’s largest cruise company, told two years ago as Carnival Cruises launched its Ocean Medallion wearable. That was interesting because it was an example of how technology was infiltrating a non-tech business, where the technology itself faded into the woodwork and the woodwork itself got smart. 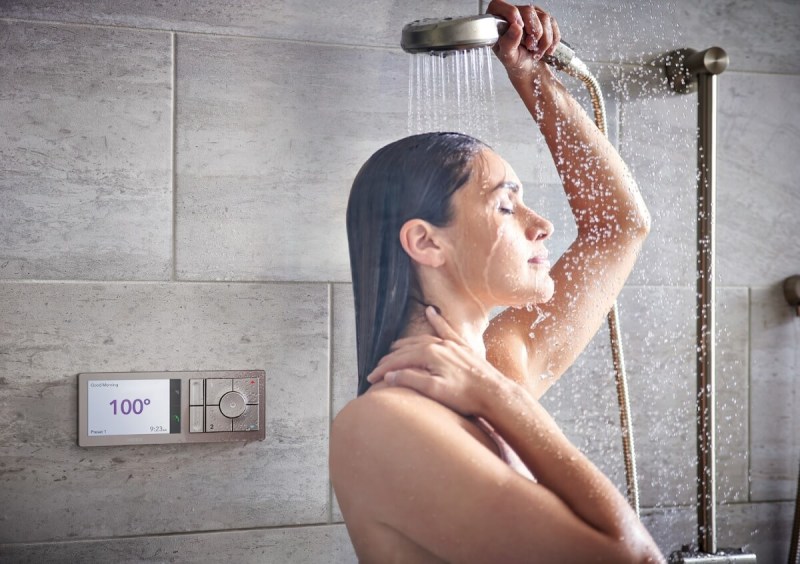 Above: Moen’s smart shower remembers your preferred temperature and restores it with one button push.

This story is an example of the spread of the Internet of Things. Masayoshi Son, the CEO of SoftBank, anticipates that we’re going to have a future with 1 trillion Internet of Things devices. Gartner estimates that IoT devices will more than double to 20.4 billion by 2020. Many of these initial products are for the crazy rich, like the $1,225 U by Moen smart shower, which will get your water temperature just right. While the advertisements for this device are sexy, I’m hoping to find more practical things at CES. I would also like to see technologies that protect user security and privacy.

Some of those have to do with keeping people alive and healthy. Too often, tech is made for young folks, but I’d like to see more focus on technology that can improve the lives of our aging population. Over the holidays, I bought Vayyar Imaging‘s $49 Walabot Home fall detection sensor for my aging mother. On the first day I set it up, it alerted me 12 times to a possible fall in her home. All of them were false alarms. (They sent a fix and it hasn’t sent a false alarm again, and they offered 25 percent of my money back). It’s a nice thought, but I think the devices need to get smarter.

On the other hand, I feel great progress is being made in various kinds of health-related wearables. In recent months, I’ve used SleepScore Labs’ iOS app to monitor the quality of my sleep. It gives great granular results, like how much light sleep, rapid-eye-movement (REM) sleep, and awake time I spend each night. SleepScore Labs has been able to collect millions of hours of sleep data to date, and hopefully it will find some telling trends in that sea of sleep data. 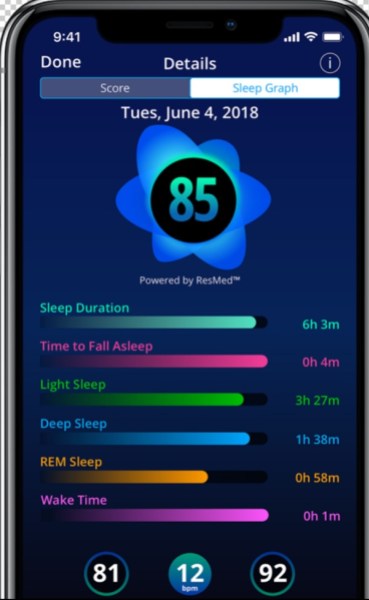 I’d like to see more technologies like Apple’s Watch Series 4, which can do an electrocardiogram on your wrist and warn you about life-threatening conditions. Companies like Omron have been chasing the perfect health wearable for a while, and last year the company came up with a watch that could take your resting blood pressure while you sleep at night.

I also look forward to talks by Ajit Pai, head of the Federal Communications Commission, and Elaine Chao, head of the Department of Transportation, since we’ll probably need some government oversight on these new technologies, from 5G to self-driving vehicles. I could probably do with fewer of those creepy humanoid robots and smart scooters. But that’s just me.

Once again, I don’t think I want to find the next suitcase that follows you for $1,100. I’ll be looking for useful products that are not tech for tech’s sake, but tech that is being used in a consumer application by companies that aren’t known for selling technology.

I still hope to see companies come back with good ideas from past years, only in a more refined, cheaper, and more practical format. At some point, tech will become part of the fabric of our lives, and we won’t even think of it as tech anymore. I hope you’ll read our dozens of stories on CES 2019 in the coming days.