2019 is only 25 days old, but I feel my pile of shame is already growing. I am falling behind on games this week. I haven’t cracked either Kingdom Hearts III — which GamesBeat’s Mike Minotti swears by — or Resident Evil 2, which GamesBeat’s Jeff Grubb played. I’ve got my hands on Episode 2 of Life is Strange 2, but I’ve been slow to play it for multiple reasons.

Sometimes I feel like I get the most time with games at preview events. I spent about six hours this week playing Anthem at Electronic Arts’ headquarters, and Microsoft showed me a few hours of Crackdown 3, at last. I skipped the Mortal Kombat 11 event in Los Angeles, and I regretted that since they did the cool social media images where my peers were holding faux bloody hearts. But I appreciated the time I spent with Anthem and Crackdown, as a respite from the demands of life and news embargoes.

And last week I made it to something different: Tron’s glitzy developer conference. There, I moderated a panel on blockchain games, which look promising. I also got to pose for a picture with Kobe Bryant, who spoke at the conference and did a meet-and-greet. Held at the Yerba Buena Center for the Arts Theater, where Steve Jobs often held court, Tron’s event was aimed at showing off its peacock feathers. Blockchain games are the new kid on the block, and some companies are willing to spend money to get noticed by the mainstream. 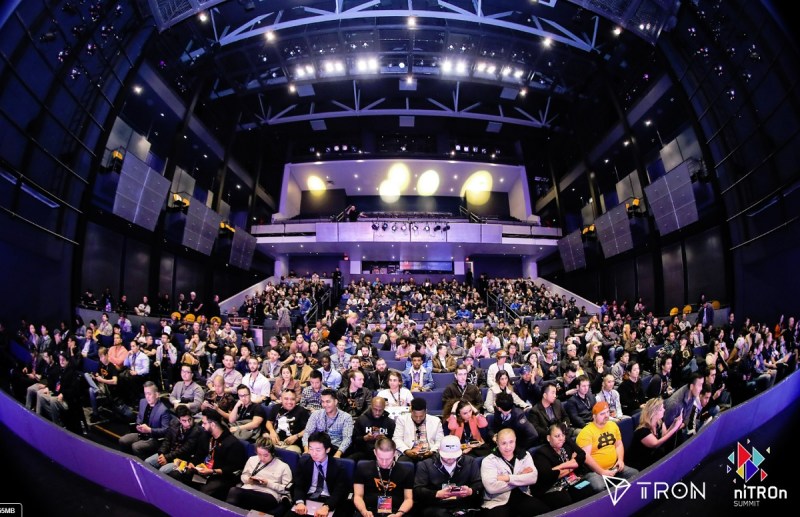 Above: The NiTron Summit drew about 1,000 people.

I had a chance to sit down backstage and interview the 28-year-old wunderkind, Justin Sun, who acquired BitTorrent for $140 million and merged it with his cryptocurrency company, Tron. His idea is ambitious. He wants to use BitTorrent’s decentralized file-sharing system to take cryptocurrency to the mainstream, and then use blockchain, the decentralized ledger, to build a decentralized internet — and wrest control away from the centralized companies of today’s internet: Facebook, Apple, and Google. The ultimate goal is to use blockchain and crypto to build the Metaverse, the universe of online worlds, all connected through the same transparent and secure technology of blockchain.

I know what you’re thinking. Poor Dean. He doesn’t have time to play games, and he is forced to go to these ritzy preview events to see games that nobody else can play and talk with people who have visions for the future. Let’s cry some tears for Dean.

I shouldn’t complain too much. At least I get out of the home office and head to San Francisco for these events, occasionally risking my life in the pouring rain so that you, dear readers, can see what is happening on the front lines of games and technology. My boss, Jason Wilson, just sits at his desk all day and pedals one of those spinning things under his desk. 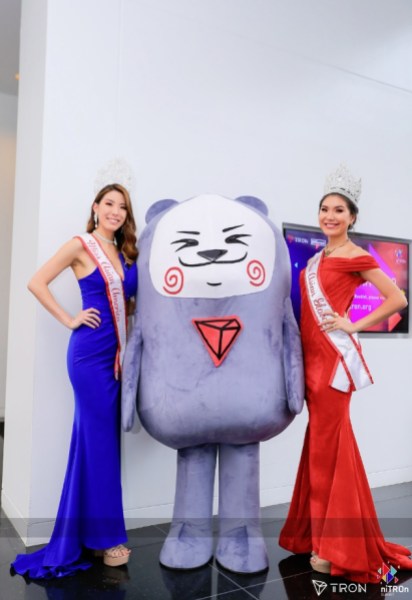 Above: Beauty queens at the NiTron event.

It made me think about the different ways we have of experiencing games for the first time, either at live, in-person events where we can get really excited about them, or by sitting at our computers and watching a revelation, as much as 10 months ahead of time when the first trailers usually hit. Do we like it more if we see it in person, like a music concert with our favorite musicians, or can we experience it from afar? Stephen Hawking, the brilliant physicist who wrote A Brief History of Time, would probably have the answer, if he were still alive.

I get to go to these events. But who would you rather be? The guy who goes to glamorous previews and doesn’t have time to play, or folks like Mike Minotti, Jeff Grubb, and Jason Wilson, who have time to play their games to the finish? Or perhaps the best way to experience a game is to go to an esports event with 20,000 other screaming fans watching the best players in the world play their games.

I suppose we all share this longing for more time, and how we choose to view one of our favorite obsessions is telling. Of all of the time-saving ideas, the best one I’ve heard this week was Rami Ismail’s GameDev.World online-only game developer conference. It’s about time that somebody took advantage of livestreaming and video to put together a truly global conference. Ismail will hold his event on June 21 to June 23, and everybody will be able to watch it for free. It is an accessible event that will be translated into eight languages so Ismail can tap game developers anywhere, without regard to their ability to speak English.

It was truly sad to hear the reason why he went to all this trouble. He ran into increasing roadblocks in the past couple of years, thanks in part to Donald Trump’s travel ban. He became frustrated trying to get visas approved for developers to come to the U.S. for his #1ReasonToBe diversity panel at the Game Developers Conference. Each year, applicants would get rejected. On top of that, one of the French-speaking speakers from Madagascar got low ratings because he spoke with a French accent.

“I’d be in Russia at a conference with all these speakers who are super well-known. People respect their vision, respect their views,” Ismail told me. “I’d be in the Arab world, or in China, or in Africa, or France, and it’s the same. But I’d never heard of these people because they don’t go to English-language conferences and vice versa. It just baffles me that there’s so much knowledge around the world that we can’t or don’t access, just because of language.” 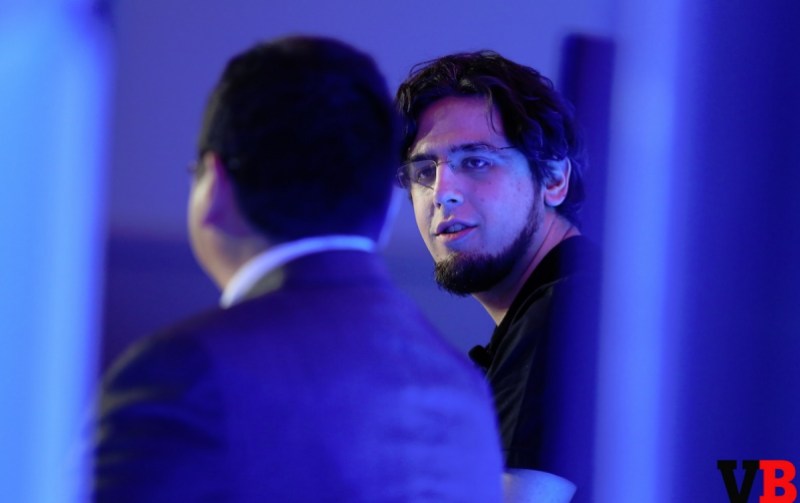 This is the kind of big idea you get for a conference when you think about diversity from the beginning.

Ismail added, “The conference doesn’t have to be in a place with a price for a language. It can be everywhere for free in as many languages as possible. It’s 2019. We can do this.”

That made me feel a little parochial with my own conference, GamesBeat Summit 2019. We’re doing the opposite of what Ismail is doing, with a smaller, exclusive event at the Two Bit Circus micro-amusement park in downtown Los Angeles. While you just go to your computer to attend Ismail’s event, you really want to go to Los Angeles and see our event in person. We try to make it more intimate, so you can listen to people like Ted Price, CEO of Insomniac, or Frank Gibeau, CEO of Zynga, talk about the business of games. And then you can go up to them and have a conversation. That’s the opposite of what Ismail is doing, since we’re more about one-on-one conversations.

This kind of conference was born from my own frustration at events like the GDC or the Electronic Entertainment Expo, where you could see all the famous people in games — at a distance, on a stage, or rushing by you for about two seconds as they made their way to another meeting. I scratch and claw with the best of them to make sure that I get my fair share of the important people. We won’t have nearly the diversity of people that Ismail can get, but we’ll try for variety among the group that can make it to Los Angeles. 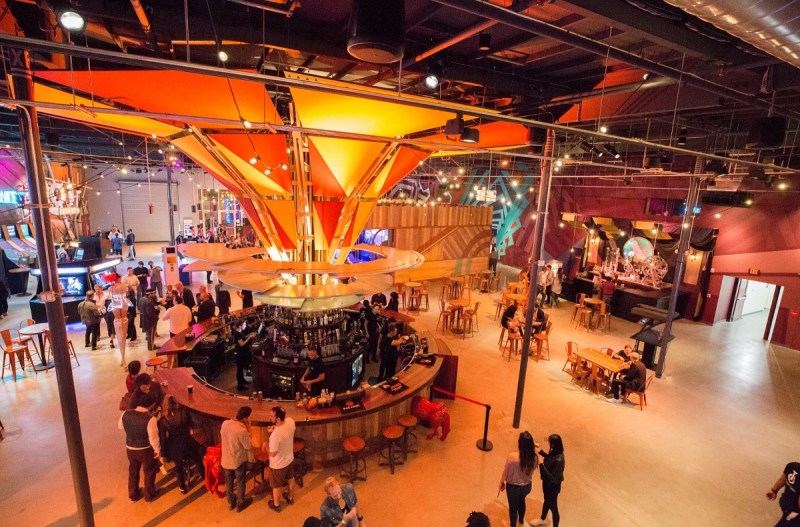 But I wanted to grab more time with these decision makers of gaming, and enable others to make meaningful deals or connections. I think that Ismail’s event for every player and every game developer will be great, and I think our event — in our tenth year — will be the best one yet. We are trying to create gaming communities in our different ways.

For me, our event is a bit like that preview event at EA where I played Anthem. I got to sit down at a beefy computer and play the beginning, middle, and part of the ending of Anthem. Then I had a chance to talk with Mike Gamble, lead designer of Anthem at BioWare, and ask him why they made decisions to do things like cutting short the amount of time that you could fly around in the world. You get these great Iron Man-style mech suits, and then you run out of power and you sink back down to Earth. His answer made sense. Flying makes sense because you can get around the huge world faster. But if you fly around all the time, you won’t see the beautiful content that they created on the ground or underwater. You won’t be invincible either, always hovering above your enemies. You have to get in there and get your hands dirty.

Because I had a chance to talk with the game’s creator, I feel like I’ve got an appreciation for the game and a better reason to devote my time to it when it finally debuts on February 22.

Now I have a little bit of time left this evening, as I finish this column. I think I’ll fire up Life is Strange 2 and try to freeze time a little.