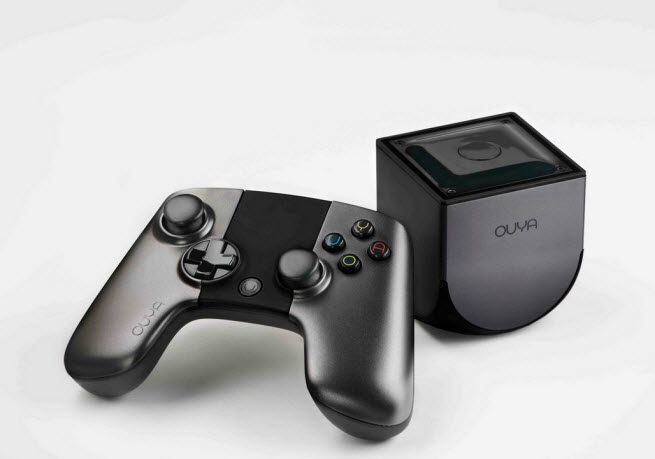 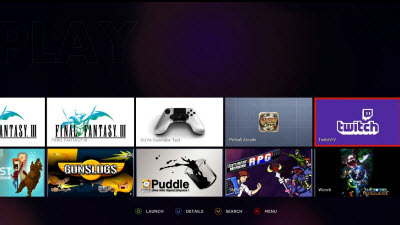 For years, the oligopoly has been ruled by Nintendo, Sony, and Microsoft. When one of them got too arrogant, it fell of its perch, and another would step forward to grab the throne. But then Apple came into the business with the iPhone and threw that cycle into disarray. Nintendo ruled the roost when the Wii launched in 2006, but Microsoft cut off its motion-sensing advantage with the launch of Kinect in 2010. And, after selling nearly 100 million Wii consoles, Nintendo came back last fall with the Wii U, the high-definition console with a tablet screen to control it. Nintendo appeared supremely confident just before the Wii U launch.

Against the might of Nintendo, Ouya seemed like an ant. Sure, it had raised $8.6 million in crowdfunding on Kickstarter, but to put out a real game console in lots of retail stores takes a huge investment. It had no credibility even with all of the support from indie game developers who didn’t have the cash to make big-budget console games.

Now the scales may be tipping.

Ouya has been lifted by premiere Silicon Valley venture capital firms Kleiner Perkins Caufield & Byers and Mayfield Fund. Both are lending their credibility; Kleiner’s Bing Gordon is joining the Ouya board. Their money will let Ouya make more consoles that will seem like a bargain to console fans — at $99 for the hardware and tons of free-to-try Android games.

If Ouya hits its targets, it may be able to raise more money as it needs it. Julie Uhrman, the chief executive of Ouya, told GamesBeat, “What I love about Bing is that he is not constrained by conventional thinking and is a great supporter of game developers.”

We’re not sure what the valuation was, but Ouya just got a lot more expensive as a potential acquisition. Nintendo should have grabbed it while it had the chance. Nintendo, meanwhile, had its window to sell Wii U game consoles during the last six months. It had a shortage of hits, and the big games from top publishers either didn’t materialize or didn’t sell well. Nintendo generated some good digital revenue through the app store on the Wii U platform, but it hasn’t had a huge breakout hit on that front.

Now the Wii U is dead in the water. Nintendo sold 3.45 million Wii U consoles as of March 31, and since December, Nintendo sold just 390,000 Wii Us. That’s a horrible start for a new game console, and it must be viewed in this context: Apple sold 56 million iPhones and iPads in one quarter.

As Apple was gathering steam, Nintendo was resting on its laurels and watching the money come in from the Wii. It squandered a chance to do something about the situation. Somehow, with the design of its new console, Nintendo whiffed, and it is in the process of moving from No. 1 in consoles sold in a generation to No. 3 or maybe even No. 4.

Gordon said in an interview this week, “My own take on Nintendo is that the Wii was a spectacular head fake.” But Microsoft’s Kinect and its Xbox Live service have staked out the high end of the game business. Sony, by comparison, “is starting to look like the new Sega of the game business,” Gordon said. That means that it may soon exit hardware, as Sega did with the ill-fated Dreamcast.

Nintendo ruled in cartoon-style 2D games made by game masters like Shigeru Miyamoto, but Nintendo is losing fans of cartoon games to the tablets and smartphones, Gordon said.

“Once you have a tablet, there is not much reason to buy a Nintendo,” Gordon said. “What they have left is the Miyamoto exclusive box. If you want his games, then you spend the $300 on whatever Miyamoto makes. But that’s a box for tens of millions, not hundreds of millions.”

The question now is what should Nintendo do to right its ship. The odds are strong that it will have to be something drastic — something as disruptive as the Wii was. Or something as risky and crazy as buying Ouya. Or one of the many variants of gaming on Android, such as GameStick or Green Throttle Games.

Maybe Nintendo could get rid of hardware and make its software available on all platforms, as EA and Activision are doing. Wherever it goes, it will face competition. And that’s a good thing. It would be nice if Nintendo can find that expanding part of the game market that no one has discovered yet — the blue-ocean strategy that Satoru Iwata, the chief executive of Nintendo, has embraced in the past. In that strategy, it’s best to swim out far into the ocean where no competitors are rather than swim into the red ocean where sharks are feasting and fighting for scraps.

Nintendo will have its chance to be heard at the Electronic Entertainment Expo (E3) trade show in Los Angeles in June. I hope Iwata can figure this out. Otherwise, it will remind me of the words of Kurt Vonnegut from the novel Cat’s Cradle: “Of all the words of mice and men, the saddest are ‘it might have been.'”