A lot of people love the experience of virtual reality, but not many have figured out the business side of it. The fledgling medium for games, entertainment, and many other applications has sprouted a lot of startups, but not much revenues yet.

But where there’s investment, there’s likely to be profits. Or so the VR believers say. We explored how to make money in VR in a panel at the recent Game Developers Conference in San Francisco.

Here’s an edited transcript of our panel. (And check out our panel on monetizing VR from last year’s GamesBeat event.) 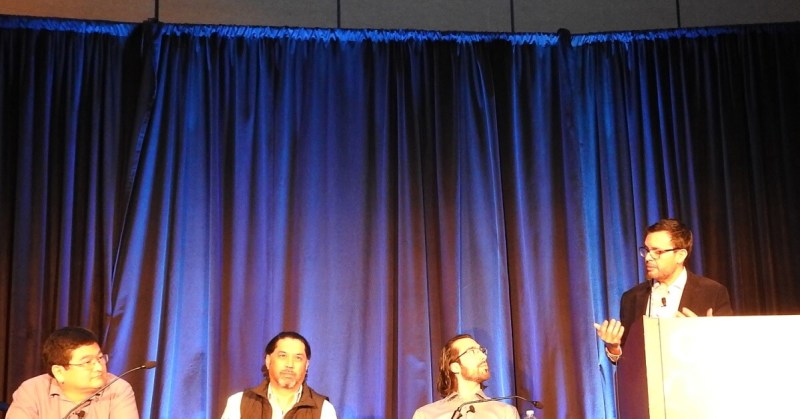 Nelson Rodriguez: In a lot of ways, VR is the Johnny Depp of technology. It’s been around 60 years, but it seems like an infant. It hasn’t gotten its moment in the sun, just like Johnny Depp has never won an Oscar. With VR we’re still waiting to see if this third wave — which I think it fundamentally is — is the wave where it will happen.

Last night we were having a conversation with Jordan Weisman, the creator of Crimson Skies and Shadowrun, and he talked about building a VR network multiplayer system in 1987. These were arcades, like the BattleTech Center. A lot of people I talk to can’t conceive that it’s been around that long. We’re at a place now where investment is so massive that there’s real opportunity.

I work on Akamai’s game-focused team. This is an obsession for us because we think about all the technical barriers. Our obsession as a company is reducing friction, removing barriers, figuring out how to make it easier for people to interact with their entertainment. We invented a content delivery network. We try to accelerate networks, try to secure them. That’s our side of the business. From a tech point of view, we want to make sure the networks are ready to handle whatever is coming.

These panelists are experts on the other side — on the business side, on the player sentiment side. If you wouldn’t mind, tell us what you do and tell us about the last VR game you played. For me it was EVE: Valkyrie.

Arnaud Dazin: I’m the CEO at a company called ADVR. We focus on providing monetization solutions for VR developers and AR developers, to create thriving businesses in this new ecosystem. My last game was Smashbox VR, a VR dodgeball game. 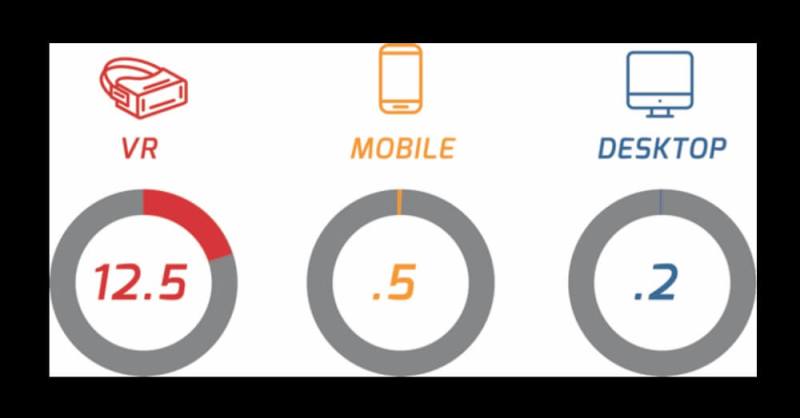 Above: VR is more engaging when it comes to ads that drive installs, according to Immersv.

Mihir Shah: I’m the cofounder of Immersv. We’re in the business of delivering mobile 360 and VR ads on behalf of brands and content developers. We’ve been doing it for about a year and a half now. Last game I played was Archiact’s unreleased, super-secret game in their super-secret Marriott suite. I promise I’m not a hipster now, but I was for about an hour. Joking aside, this game was lights-out. It’s a Vancouver-based studio. Great partner of ours. They have a fantastic new title coming out that I cannot announce yet.

Dean Takahashi: I’m the lead writer for GamesBeat at VentureBeat. I’ve been writing about games for 21 years now and covering tech for 26 years. This is another interesting new cycle. We have our own conferences as well, talking about VR and tech and games. Our next event is the GamesBeat Summit in May. It’s a continuous conversation on VR these days. I played Sprint Vector from Survios yesterday. It’s an interesting new game, like an endless runner in VR, but you move by swinging your arms back and forth with the Vive controllers.

Above: VR ads are immersive.

Rodriguez: When you think about media and entertainment business models, to my mind there have been three main models. One is premium — people pay up front for content. The next is ad-based, ad-driven. And the third is downloadable content, additional content. Those are the big business models.

VR is fundamentally a different medium in a lot of ways. Are there any other models we’re missing? Are these the three, or is one of them going to be bigger than the others?

Shah: It’s different in that it’s immersive and 360, but in terms of digital monetization, I don’t know why it’ll be any different. You’ll have a premium track that you’ll be able to charge for. It sounds like what I’m hearing is there’s not a lot of price sensitivity right now on Oculus and HTC. It’s early adopters. Then you’ll have an ad-based model and you’ll have freemium.

All of this is dependent on two things, to call out the elephant in the room. One is content experiences people want to engage in. Guys like us are dependent on content. We need a healthy ecosystem that’s producing lots of content. Some of it will be crap and that’s okay. The second is there needs to be enough devices out there to reach enough users. Our ads work really well, but unless you have a large installed base of folks who are engaged, it doesn’t matter. We’re generating probably double the (cost-per-1,000 users) CPMs of mobile, if not triple, because the ads are working, but if there’s a million active users compared to mobile’s billions, do the math.

There’s a very clear path for monetization. But it depends on those two things. The monetization is frankly the easier part. It’s a hard execute, but if you’ve got a premium title you charge for it and do in-app purchases. If you have media you’re probably going to do microtransactions. If you have games or YouTube-like experiences you’re going to do ads, with maybe a premium upgrade.