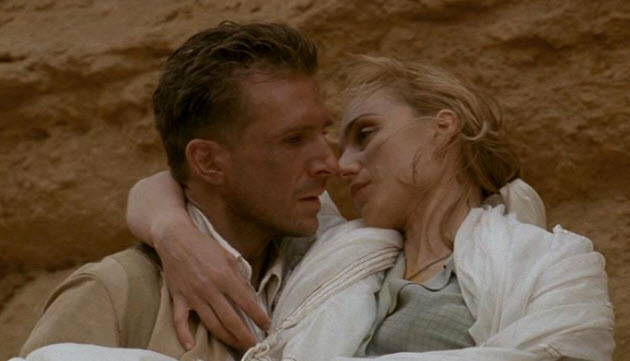 We all know your waiting for a video game version of Shakespeare in Love, The English Patient, (pictured) and The Cider House Rules. No doubt this is why The Weinstein Company — headed by filmmakers Harvey and Bob Weinstein — has formed a video game division called TWC Games.

The TWC Games label will make games based on the properties of The Weinstein Company and Dimension Films. It will work with external partners to develop and publish video games for mobile, social, and console platforms. The news evokes the long history of movie-game tie-ins over the years, many of them bad. But it suggests that games have a lot of cultural relevance and that there’s still an opening for making high-quality games based on high-quality films.

The possibilities are tantalizing, if the Weinsteins have any intention of doing for games what they’ve done for film. But it’s also a recognition that successful video games can be highly profitable and that they could eventually generate a bigger war chest for the Weinsteins to make more movies.

The first titles we mentioned were films the Weinsteins made at Miramax. But the actual films in their current catalog include Scream, Hellraiser, Halloween, Scary Movie and Children of the Corn, Inglorious Basterds among many others.

The Weinstein brothers said in a statement, “The video game marketplace is changing at such a rapid rate.  With all of the digital platforms, there are so many opportunities to broaden our audience with compelling, high quality, cost-efficient, video game entertainment.”

Boyes said the focus will be on high-quality content that combines developer expertise with the company’s catalog to make content “by gamers for gamers.”

The Weinsteins founded Miramax Films in 1979. They have had remarkable success in independent films that achieve critical success, producing movies such as The Thin Blue Line; Sex Lies and Videotape, and The Crying Game. After selling Miramax to Disney in 1993, the Weinsteins continued to back big hits such as Pulp Fiction, The English Patient, and Clerks. In 2005, they left to create The Weinstein Company, where they have had continued success with Inglorious Basterds, The Pat Tillman Story, the latest Scream movies, and this year’s Best Picture Oscar winner, The King’s Speech. In TV, The Weinstein Company also makes shows such as Project Runway and The No. 1 Ladies Detective Agency. There are 15 series in development.

Boyes founded Beefy Media in 2010. He was previous director of product development at Capcom US.