Brands are moving fast into esports to chase the rich and young audiences. A case in point: the luxury automobile brand Lexus announced it will be a sponsor for The Esports Awards event this week in Texas.

The Esports Awards takes place at 6:15 p.m. on November 16 at the Esports Stadium Arlington in Arlington, Texas. And the athletes and celebrities will show up at the fourth-annual event in their luxury cars from Lexus. As I noted at the recent Esports BAR Miami conference, getting big brands to participate is a major goal for the esports industry, as it could generate the revenues needed to help it revenue catch up with traditional sports. And so it is interesting to see those brands start to engage with esports events, even though the data on return-on-investment is still pretty nascent.

Lexus will provide supercars from the Black Panther and Men in Black International films plus the GS F 10th Anniversary Edition at the Esports Stadium Arlington. A number of esports celebrities will also be involved in content pieces where they will get the chance to experience them up close and personal.

With Lexus’ involvement in the Esports Awards, there is a clear message that nonendemic brands (those that don’t have anything to do with gaming) are committed to helping support the rapidly growing industry, said event organizers.

“It’s an honor to be able to host Lexus and three of its supercars at this year’s ceremony. With the Esports Awards now in its fourth year, it’s great to be able to work with a prestigious brand who is committed to driving the esports ecosystem forward,” said Tom Mercey, CEO of The Esports Awards, in a statement.

“At Lexus, we are excited to make an entrance into esports with an event which shares the same attention to creating unique personal experiences,” said Lisa Materazzo, marketing vice president at Lexus, in a statement. “The LC 500 luxury performance coupe featured in the Black Panther movie, Men in Black International inspired Lexus RC F coupe, and GS F 10th Anniversary will provide the perfect backdrop for the black-tie celebration.”

Founded in 2015, the Esports Awards honors the biggest names in the esports industry. The first three events were held in London, but as the market grows in the U.S., the awards ceremony has shifted to the U.S. for the first time.

It will take place at the $10 million Esports Stadium Arlington, and hosts include Eefje “Sjokz” Deporteere and Alex ‘Goldenboy’ Mendez, a couple of big names in esports broadcasting, or “shoutcasters.” About 800 people are expected to attend.

“At Esports Stadium Arlington, we pride ourselves in creating industry-defining experiences for global and regional fans of esports and gaming,” said Johnathon Angers, director of partnerships at Esports Stadium Arlington, in a statement. “We are excited to be welcoming the Esports Awards to the stadium over the next three years and to be hosting global brands such as Lexus at our state-of-the-art facility. We are eager to work with the Lexus team in this new venture to support their growing presence in the esports industry.” 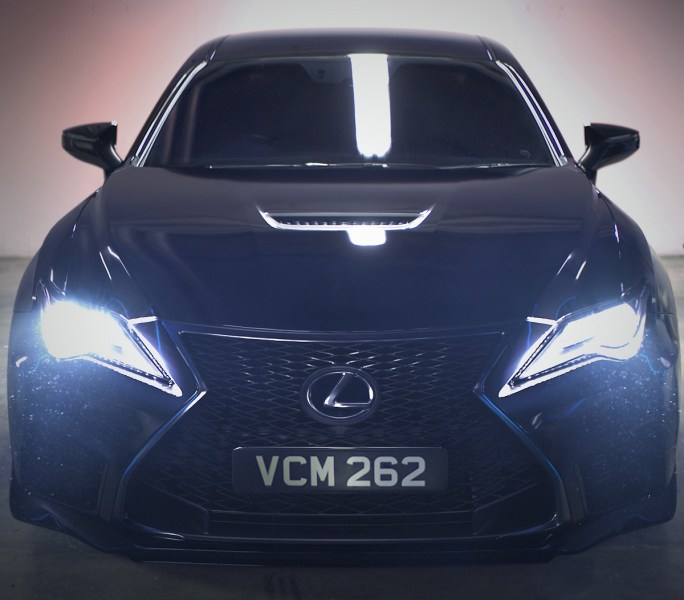 Above: Lexus car from Men in Black International

Last year’s Esports Awards saw over 5 million live viewers tune in to see Tyler “Ninja” Blevins, The Overwatch League and Fortnite all take home awards, with over 3.3 million votes being placed. The awards were broadcast to 33 countries.