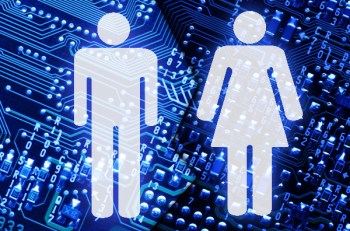 The concept of “separate but equal” is not an unknown one, particularly not in the United States.

The belief that any group can be segregated from the whole based on specific physical characteristics and yet remain equal to other groups is one that has been firmly rejected for many years.

Yet while we laud the significance of movements and court cases throughout recent history that have successfully argued that such isolationist doctrine is ipso facto unequal in many industries, we continue to create just such “separate but equal” organizations.

Then we wonder why they are not successful in creating leaders and generating opportunity for their members.

One of the little-known court cases that led to desegregation in the United States in the mid 20th century was a 1950’s case, Sweatt v. Painter.

In that case, Heman Marion Sweatt, a black American, argued in his suit for admission to the University of Texas Law School on the grounds that segregated law schools were unequal not only in physical facilities and curriculum, but in reputation and opportunity for stimulating professional contact. His arguments were accepted, and the court ruled in his favor.

The field of technology seems an unlikely one in which to argue we are repeating history to the same effect. Yet most of the organizations for women in technology formed in the past thirty years follow a “separate but equal” doctrine and fail to recognize –- as Sweatt correctly pointed out in his suit more than half a century ago -– that they do not create equal opportunity for professional contact.

This ultimately results in a failure to execute on the organizations’ stated mission: to generate opportunities and showcase contributions of said group to the industry in question. Any commercial venture that achieved so little would have been forced out of business, but we’ve chosen to accept this broken model for women in tech because no one wants to touch this issue and appear unsupportive of women.

We can’t advance technology and showcase the contributions of women if we don’t interact and collaborate with the industry. That means necessarily collaborating with men, who dominate the industry at a ratio that most studies put at 4 to 1.

The focus of most women’s groups in technology has been on women, not technology. While gender and equality are important facets, the goal should be to demonstrate the contributions of women, not necessarily to focus on the fact that we are women. It’s a sometimes subtle difference that is the secret, it seems, to ensuring that women’s voices are not drowned out.

The beautiful thing about technology is that its practitioners respect technological expertise and ideas without regard for gender or race or any other personal factor. It is the dearth of women in technology that leads to the reality that women are often easily overlooked amongst the greater numbers of men. Its sheer volume that tends to keep our contributions to technology in the weeds.

The isolationism inherent in a “separate but equal” doctrine tends to lead to a focus on the group’s common characteristics rather than the purpose for which they came together. Technology-focused groups succeed by focusing on technology and ideas, not gender or race or geographic locale.

The problem is bringing those ideas to the fore for women, in finding a platform upon which they can stand so their contributions and ideas are seen and heard, not creating an echo chamber full of women that will eventually degrade into discussions of work-life balance that, while important, do little to forward the technological contributions of the group.

Our own organization is attempting to correct some of these issues. As a case study, it might be useful to consider some of the changes we’ve made.

CloudNOW is a non-profit consortium of the leading women in cloud computing, focused on using technology for the overall professional development of women from around the world by by providing a forum for networking, knowledge sharing, mentoring, and economic growth. Its design is fundamentally constructed to promote equality, not separatism.

Like many women-in-technology organizations, actions speak louder than founding charters, however. So far, we have tried to remain true to our approach.

For example, the first advisor we selected to serve on the board was notable cloud computing expert (and a man), Bernard Golden. Together with industry-leading women like Lauren States, CTO for Cloud Computing on the IBM Corporate Strategy team, the board gives us advice on how best to collaborate across the industry to achieve its goal of becoming a platform upon which the contributions of women in cloud computing can be more widely promoted. One of the results of such gender-collaborative advice has been the participation of CloudNOW members at every major cloud computing conference since its launch in August 2011, including the first all-female panel at any major tech conference with our debut at CloudExpo.

Another example is our Top Women in Technology award, which we’re presenting not at an isolated women-centric event or venue, but at the forthcoming Cloud Connect Event in Santa Clara. We hope doing this will enrich the cloud conversation by ensuring diverse points of view rather than pulling attention away from the cloud conversation to focus solely on gender.

By promoting women’s contributions and ideas in mainstream venues, we hope to encourage more interaction, more integration, and more opportunity for women and men to focus on the contributions of women to cloud computing and technology rather than on gender.

Certainly there are challenges with being a woman in a male-dominated field, and while separate, gender-focused, conversations around those challenges are fine, the organization must consistently contribute to the fabric of the overall community.

Isolation tends to insulate members from the community rather than encourage participation. Isolation eliminates the ability to network and the opportunities to contribute to the community that arise from engagement.

But our organization and others like it should ensure that everyone, regardless of gender, can take part. All that is required is passion for technology and a belief in using technology as a tool for positive change, economic equality, and social justice.

In short, we simply want to promote women in technology without isolating them from the industry at large, making sure the “separate but equal” doctrine continues to be regarded as much of a fallacy now as it was during the height of the Civil Rights movement.

Jocelyn DeGance Graham is the founder of CloudNOW and serves on the Advisory Board for Cloud Connect and the Nominating Committee for the Heinz Foundation Awards. Jocelyn has deep expertise in the areas of marketing, communications and research, and has spent the majority of her career advising Fortune 100 companies including Hewlett-Packard, Intuit, and Arthur Andersen/Accenture on strategic emerging technology decisions.