For most people, July 10, 1985, isn’t a particularly notable date in history. But Web geeks with a penchant for milestone moments might know that was the day the .org domain was born.

30 years ago today, the Mitre Corporation, an American not-for-profit that runs numerous federally-funded research and development (R&D) units, registered the first ever .org domain. And today, the site still serves the same purpose (more or less) as it did originally, insofar as it’s the organization’s public-facing website.

The same can’t be said for the first .com domain, which celebrated its 30th birthday earlier this year. Indeed, on March 15, 1985, Symbolics.com was registered by a company called, well, Symbolics. While the domain is still very much active today, it was bought by an investment group in 2009, and now offers “unique and interesting facts pertaining to business and Internet history,” according to the About us page.

“Mitre played a pivotal role in managing the systems of domains in the early stages of the Internet’s development, but as a private, not-for-profit organization, our brand didn’t align with other emerging domains,” explains Joel Jacobs, Mitre vice president and chief information officer. “The .org domain seemed to be the best fit and we were fortunate to be the first registrant. We believe that being part of the .org domain has done much to reinforce Mitre’s identity as an organization that works in the public interest.” 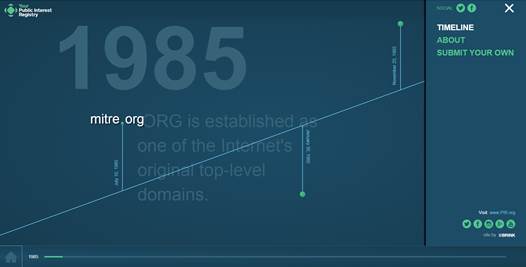 To mark the 30 year anniversary, the Public Interest Registry (PIR) — the not-for-profit operator of the .org domain, alongside .ngo and .ong — has launched a new website (hosted on a .org, naturally) where users can look back at notable .org websites through the years. You can also see how the sites have evolved using an interactive timeline.

There are a number of high-profile nonprofit .org domains online today, including omnipresent online encyclopedia Wikipedia and self-hosted blogging platform WordPress. And many charities too, including UNICEF.

There were six original generic top-level domains (gTLD), with .org sitting alongside .com, .net, .edu, .gov, and .mil. While it’s often stated that .org domains are aimed at nonprofit bodies, it’s not the case.

Indeed, .org domains have been open and more or less unrestricted from the outset, and has merely served as an “alternative to those whose brand didn’t align with the other options,” a PIR spokespersons tells VentureBeat.

Today, there are 10.5 million .org domains registered, compared to almost 120 million .com domains. Indeed, .org is the third most popular top-level domain, after .com and .net.

The U.S. holds the most .org domain names with 56 percent, followed by Germany with a mere 4.8 percent. However, in 2014, the Asia-Pacific (APAC) region registered 1.4 million .org domains, the highest number of new registrations outside the U.S.

Though there is no data that breaks down .org domains by profit / non-profit companies, PIR has produced this useful graphic that shows a general breakdown by industry. Information, media, and communications represent almost a fifth of all .org domain registrations, followed by manufacturing (16 percent), and “miscellaneous services.” 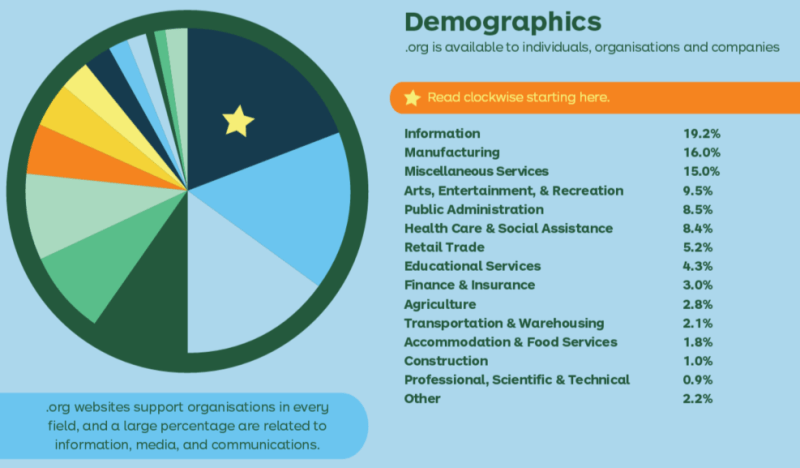 Above: Industries of .org domains

Craigslist, the classified advertisements website founded out of San Francisco in 1995, is perhaps one of the best-known for-profit companies that uses a .org domain. In fact, one quick glance at its website would suggest that its website hasn’t changed since the site was launched all those years ago. But we digress. 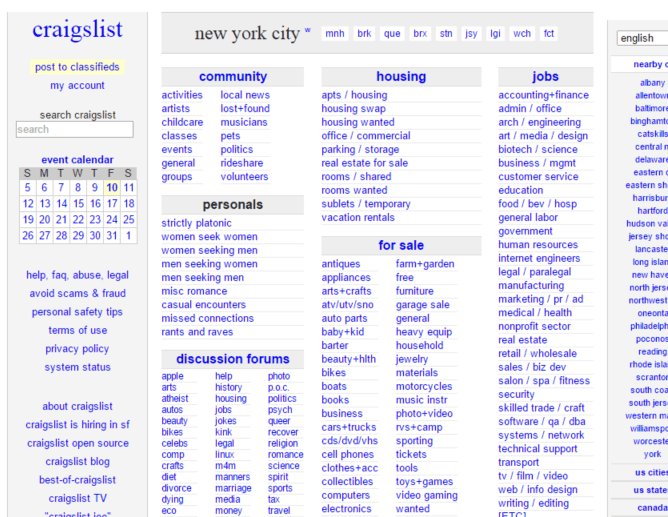 A number of other, more recent companies have opted for a .org domain too, including the heavily VC-funded online education startup Coursera, and HomeHero, a platform that connects caregivers with the aging population.

Many major corporations have also turned to .org domains to set up charitable or philanthropic arms, including Google’s Google.org, which is used to give out grants and investments, but the Internet giant also uses the brand to donate $1 billion worth of its own products each year. Though it’s not a direct profit-making division, it could be argued that it serves to promote Google and its myriad services.

Facebook, too, has backed Internet.org, an initiative marketed as bringing affordable Internet access to the developing world. But Facebook has been criticized for using the project to promote itself while ignoring the tenets of net neutrality.

While the .org domain has been used for many non-altruistic causes, it’s still largely perceived as belonging to the nonprofit realm, including non-profits, advocacy groups, charities, and foundations.

“The .org domain continues to give a voice to organisations and individuals working on behalf of the greater good,” says Brian Cute, CEO of Public Interest Registry. “From encouraging philanthropy and volunteerism to preserving natural and cultural heritage, fostering economic growth and much more, causes that live on .org bring incalculable benefits to our communities, our society and our shared planet.”