According to a study by the Online Publishers Association, nearly three-quarters of its members are using native advertising. And so far, native ads have been a good venture for both publications and advertisers. But the Federal Trade Commission (FTC) may try to crash the party and regulate the practice of native advertising.

The Agency took its first steps on December 4, 2013 with a native advertising workshop dubbed “Blurred Lines.” However, Mary Engle, the FTC’s associate director of the advertising practices division, said the workshop raised more questions than it answered.

The uncertainty makes predicting potential FTC regulation difficult. Likely, though, the agency will require that publishers use specific language to denote sponsored content (such as “sponsored by” versus “advertisement” or “promoted”) and require a visual distinction between editorial and ad copy. Publishers and advertisers caught violating regulations would possibly face fines, restrictions, and increased FTC scrutiny.

The FTC has hunted “masquerads” since at least 1917, when the maker of the first electric vacuum cleaner ran a newspaper ad that looked like a third-party review. But the FTC’s effectiveness peaked before the digital age and continues to wane.

In the online world, the FTC doesn’t have the flexibility to make a difference on native ads. Every few months, a new form of media or piece of technology emerges, making it nearly impossible to properly patrol major media outlets. On the other hand, technology has empowered individuals to become highly trafficked media outlets, which further complicates potential regulation.

Luckily, FTC regulations haven’t hit marketers, advertisers, and publishers yet, and hopefully the trend continues. But that’s not to say native advertising will become the Wild West.

If not the FTC, then who?

Brands, publishers and consumers have the ability and incentive to police sponsored content.

If a brand or publisher camouflages sponsored content as editorial content or violates journalistic best practices, readers will recognize it and take to social media to expose bad actors.

For example, last January The Atlantic posted an advertorial for the Church of Scientology that discussed its growth. From the first sentence, readers recognized the discrepancy in tone and style from the publication’s usual standards. As readers left angry comments, the magazine’s marketing team deleted many of them.

Twelve months later, Microsoft found itself in a similar situation. It worked with YouTube channel Machinima to create native ads for its Xbox One. In the campaign, influencers submitted videos featuring clips of gameplay, a verbal mention of the console, and the inclusion of a tag. The publisher, though, never told them to disclose that they would receive compensation for their positive review.

It didn’t take long for angry consumers and influencers to hijack the hashtag by posting videos that mocked the campaign. The company stated it didn’t intend to deceive, and it’s safe to assume it will work more closely with publishers on future native ad campaigns.

Even if brands, publishers and consumers fail to regulate native ads, the biggest cop on the block will resolve the matter. That cop, of course, is Google, and it has already flexed its muscles.

U.K. flower delivery company Interflora disappeared from Google Search for 11 days last February as a result of its blitzing regional news sites with 150 advertorials in an attempt to climb search results before Valentine’s Day. As punishment for this bad practice, Google penalized the newspapers that carried the advertorial by decreasing their page rank.

Though Google had no comment about the incident, its Head of Webspam, Matt Cutts, announced last May that the search giant would monitor native advertising and weigh it differently than editorial content. Any content placed in a publication based on a monetary transaction, Cutts said, should clearly alert readers to that fact and have the ‘rel=nofollow’ tag to keep it out of search results.

Look at The New York Times and its foray into sponsored content a week into the New Year. Margaret Sullivan, the news outlet’s public editor, pledged the use of clear labeling, design differences and disclaimers so its sponsored content wouldn’t deceive readers. The Web’s leading brands are incented to lead the way.

At the end of the day, the wall between paid and earned editorial should and will remain clear as this model benefits everyone. The FTC doesn’t need to get involved, and shouldn’t. The industry and Google have the incentives and power to regulate itself. 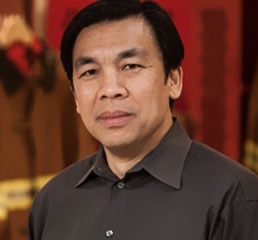 You Mon Tsang is chief marketing officer at Vocus. Prior to Vocus, Tsang was CEO of Engine140, a company Vocus acquired and subsequently integrated into its product portfolio. A serial entrepreneur, Tsang also founded and was CEO of Biz360, a market intelligence company that helped Fortune 500 companies compile and analyze media content. He also founded Boxxet, a consumer content aggregation engine with 4 million unique visitors a month, and Milktruck LLC, an Internet pioneer in offline browsing and “push” software.