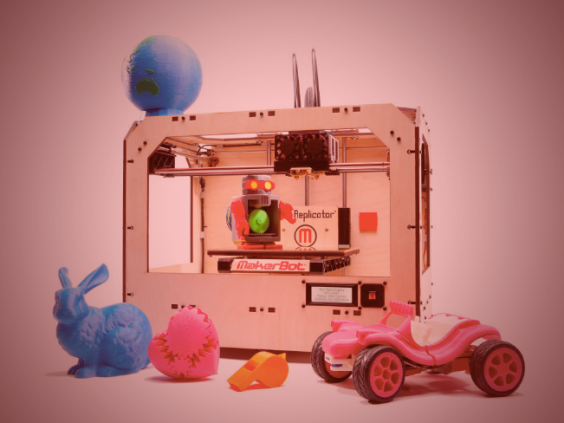 So says Microsoft researcher Tom Blank, who isn’t quite convinced that consumers are going to run out and buy their own 3D printers.

The problem is that 3D printers like the Makerbot Replicator don’t pass the “wife acceptance test”, Blank’s term for a technology’s approachability. “You gotta not be geeky to make it acceptable by normal people,” he told VentureBeat.

Still, he sees a rich future for 3D printing — just not in the way that you read about it in Make magazine. Right now, much of the interest in 3D printing comes from members of the DIY-focused Maker movement, people who, while dedicated to the craft, are still a small subset of the population. “They’re on the far side from mainstream,” Blank said.

Not that Blank has something against 3D printing. Head of the Microsoft Research Hardware shop, Blank uses 3D printers every day to rapidly prototype a wide variety of objects. So he certainly knows first hand the technology’s potential.

Instead, Blank challenges the idea that consumer 3D printing will follow the model of the microwave, or, more aptly, the inkjet printer. Not everyone’s going to have a 3D printer, he says, and those who do will be hobbyists, not regular people. 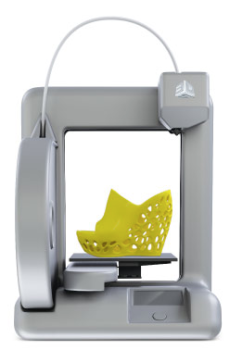 Blank compares the coming world of 3D printing to the way the average person today handles the printing of photographs: Rather than keep a photo printer in their homes, most people ship their printing jobs to the local FedEx Store or Staples. And, this, Blank says, is exactly how it will work with 3D printing as well.

“The first effective model for consumer 3D printing will come when normal users don’t have to make a 3D model of anything. They’ll just go online,” he said.

To envision Blank’s model, consider your local auto shop, which stocks a diverse number of car parts in the hopes that customers will come in and buy them. While this model is what consumers are used to right now, Blank is confident that  3D printing will completely vaporize it.

Instead, consumers will have their car parts printed just for them, saving both cash and time. For the auto shop, it’s an inventory manager’s dream. “This is one of those inevitable things. It’s simply going to happen,” Blank said.

Blank won’t find any argument with 3D Systems CEO Abe Reichental , who agrees that 3D printing is going to completely restructure and localize manufacturing. Reichental, however, resists that argument that consumers won’t have access to both a home 3D printer and a local 3D print shop.

“The two models are completely compatible,” Reichental said, noting that many of Blank’s concerns are at the heart of 3D Systems’s efforts with the Cube, its consumer-focused 3D printer.

To illustrate his views on the near-future of 3D printing, Reichental offers three models for consumer adoption, all of which 3D Systems has its eyes on.

But first it’s got to get into their living rooms. Doing so, as Reichental stressed, requires more than just the Cube. “We’re not focusing just on the printer — we’re focusing on the complete ecosystem,” he said.

For 3D Systems, this means creating an environment where users can easily find, download, and share 3D designs. After all, as Blank said, a 3D printer is useless if there’s nothing to print on it.

Will it work? It’s hard to say just yet. Reichental says that shipments of the Cube printer have outpaced even his own expectations. That may not speak to the printer’s long-term potential, but it’s at least a start.

“We’re looking to engage people at the level of their comfort,” Reichental said. Perhaps 3D printing will pass the wife acceptance test after all.