It is no secret that over the last few years London has been exhibiting the characteristics of a growing startup ecosystem. The Silicon Roundabout area in East London was home to over 1,000 startups last year and the digital sector employs over 440,000 people in London alone.

This concentrated multinational market is what keeps UK-based entrepreneurs like Richard Morris in London. “If you are successful, you’ve monopolized London,” said Morris, who is currently a partner at London-based startup Handmade Mobile, and advises a handful of startups. “It’s much easier to go from there.”

“London presents a world of opportunities to tap into markets that are already crowded in the U.S. and expand globally,” he told me.

However, for London to truly secure a place on the global tech map, we’ll need an influx of designers, developers, and other tech workers.

Technology is the most underserved job market in London, said Paolo Bertolero of Enternships, an online recruiting company that focuses on technology jobs, the most in demand. The positions that are hardest to fill include front- and back-end developers and data scientists — core positions that require specific practical skills.

In Bertolero’s opinion, many good developers go to large established companies with London offices like Facebook and Google, leaving startups struggling to fill technical positions. This is partly out of a prevalent desire for job security in a shaky economic climate, and partly because startups have a hard time connecting with developers.

“Entrepreneurs need to really understand developers and learn their language so they can get them excited about business ideas. Right now there is a gap between the two groups in London,” said Bertolero.

The current education system is not too helpful either. A recent report by UK think-tank Demos identifies the skills gap as the number one area of concern for London’s tech future and points to ill-designed university syllabi, lack of understanding at all levels of the education system, and visa restrictions on non-EU citizens.

Morris, who is involved in a number of UK startups, said that recent computer science graduates often lack the requisite commercial savvy and presentation skills to build a business.

“You don’t go to university to learn how to be an entrepreneur,” he said. “[But] maybe you should.”

The government can play a role

Prime Minister David Cameron and his cabinet are invested in supporting a startup hub that creates new jobs, spearheads British innovation and puts the UK on the global tech map. Members of parliament are highly vocal about plans for the London startup community.

“We want nothing less than to make the UK the technology center of Europe,” said George Osborne, Chancellor of the Exchequer, at the launch of Google Campus in March 2012.

While Washington is being criticized by the press for its lack of interest in and support of the US tech sector, Downing Street has taken a much more proactive stance with government-led initiatives including tax breaks for seed funding, a fast broadband fund, and the creation of Tech City. If you’re not familiar, Tech City is a £50 million (approximately $77 million) project to create a focal point for London’s technology startups, attract foreign investment and make use of the infrastructure built for the 2012 Olympics.

Many see Tech City as a strategic marketing move on the government’s part, because it gives structure to the community and makes it easier to popularize as an entity, attracting investment and private initiatives, like Google Campus and TechHub.

Josh Lerner, a professor at Harvard Business School, writes that when it comes to innovation governments can play a role but they should limit themselves to “setting the table,” meaning focus on easing regulations, simplifying rules and generally creating an environment where businesses can be successful.

The government needs to start “setting the table” by re-thinking education. London lacks a university like Stanford that naturally serves as an incubator for ideas and talent. Imperial College is the closest bet, but only about 12 percent of graduates go into the IT and Telecommunications industries, according to the website. Oxford and Cambridge have a lot to offer the high tech field, but many London-based entrepreneurs believe that graduates lack the necessary understanding of the market.

[Editors Note: Read our related piece on the Oxbridge invasion in Silicon Valley]

Jones, founder of Judo, a London-based mobile startup, believes that the government should focus on getting universities and students to adopt a “Yes I can” attitude, so students won’t be so afraid of failure. The government should be a cheerleader for tech, which may help to respect for and interest in startups, and encourage graduates to fill the pool of available jobs.

Not a cluster, but a community

With countless networking events and conferences taking place in East London every week, the city’s tech social calendar is certainly busy and diverse. A community is more than a group of economically similar companies coexisting in close proximity.

“Communities are network-driven and London is getting there,” said Jones, who relies on his Silicon Valley network for guidance and support.

There is a lot to be excited about in London. In the words of Ben Hammersley, the Prime Minister’s Ambassador to Tech City, if the project is successful it will be “not because of the Tech, but because of the city — the humanity, the rubbing together of cultures, the tensions and beauties therein.” Let’s hope the government and the education system will have the wisdom to keep “setting the table,” so the city’s entrepreneurs can get to work. 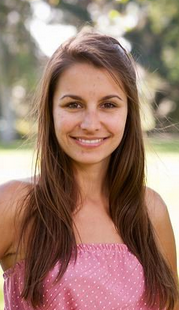 Savina Velkova is a Senior Communications Specialist at BrightTALK, a company that provides webinar and video solutions for professionals. Savina recently relocated to London from the San Francisco office, and works in the heart of the capital’s emerging tech scene.