The Game Awards garnered more than 30 million viewers last year for its video game awards and premier show. And it’s going to outdo that in a new way this year, as the show will be simulcast live in 53 Cinemark Theatres movie theaters around the country, alongside the opening night release of Jumanji: The Next Level.

Geoff Keighley’s annual awards show will take place on December 12 at the Microsoft Theater in downtown Los Angeles. And Keighley is teaming up with Cinemark and Sony Pictures. For a $20 ticket, fans can watch both the movie on its opening day and The Game Awards right after it.

Keighley said in an interview with GamesBeat that he always wanted to see The Game Awards reach people in movie theaters, where game fans can gather together in a community and celebrate games. It so happened that the Jumanji film, which has a video game plot, debuts on the same day as the 2.5-hour awards show broadcast.

“Cinema is something interesting that I’ve always wanted to do,” Keighley said. “This opportunity presented itself this year. Taking games and putting it in movie theaters, and not interrupting any of the current ways that you can watch the show. It’s really additive. But I love the sense of community coming together in a theater and having these shared moments.”

He added, “I think this is the next stage for us, to have local events in cities where people can get together to watch the show.”

Cinemark gets an exclusive on the awards broadcast among movie theaters.

“We know video games are a big passion point for a huge segment of our audience, so this unique superticket brings fans the ultimate night out at the theater,” said Justin McDaniel, senior vice president of global content at Cinemark, in a statement. “Cinemark is proud to be the only place to see both the opening night showing of Jumanji: The Next Level and The Game Awards live on the big screen.”

Above: Cinemark, Sony Pictures and The Game Awards are teaming up.

Lots of publications, including GamesBeat and the New York Times, have called The Game Awards “the Oscars of games.” But Keighley said the show is unique in the world and it doubled its audience last year, showing the strength of gaming as a global entertainment.

Keighley said the show production is a year-long process for about eight of the staff. By the time the show is done, hundreds of people will contribute to it. Keighley also said it was a nice coincidence that Jumanji: The Next Level, was coming out the same day. 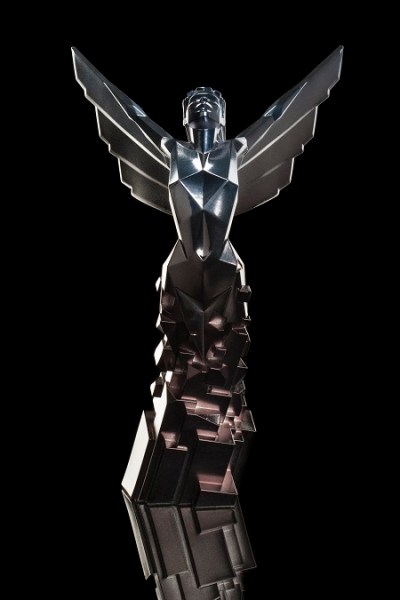 “We’re calling it a super-ticket, which is getting to see Jumanji and The Game Awards together as one experience live in theaters. The movie was inspired by the idea of getting sucked into a video game and to watch The Game Awards with it seemed a natural fit.”

Keighley said that at least 10 new games are going to be announced at this year’s show. He noted that the script is still fluid, and the length of the show isn’t necessarily fixed yet. Keighley said more game companies are considering the show as a way to announce their next big game.

“We try to have an element of surprise in the show, but also a lot of the show is about awards recognizing individuals across the industry and celebrating how, more than ever, games are at the center of pop culture now,” Keighley said. “That’s what’s exciting to me. We’re not a video game award show anymore. One of the biggest award shows in the world that happens to be about video games.”

And while big premiers get the attention, Keighley said he is proud that the show can give small indie teams a chance to come out on stage and reveal new projects.

“This year, we’re definitely going to be doing some things that we’ve never done before,” he said. “We’re constantly trying to reinvent what people expect from The Game Awards and it’s the fifth anniversary this year. And there’s certainly things that we’re keeping that have worked. So like the game wars orchestra, people love that.”

He added, “I think we’re also trying to do is really kind of reflect the global nature of games in a bigger way. It’s really been profound to see the international interest in the show from all around the world. So I think that’s something that you’ll see we’re doing. We’re airing the show in India for the first time this year, which we’re excited about. It’s a roller coaster, and we’re excited to be on it.”

More than 80 publications, including GamesBeat, vote on the nominations for The Game Awards. Those nominations come out next Tuesday.

In other news today, Keighley and Gamescom announced that due to the success of their collaboration in 2019, Gamescom and Keighley will partner for multiple years on Gamescom: Opening Night Live. On the day before Gamescom 2020, on August 24 in Cologne, Germany, producer and host Keighley will once again host an event with worldwide gaming news and premieres.