The Game Awards is already the world’s biggest streamed broadcast show that celebrates video game and esports culture, and now it’s getting bigger by expanding to India.

The show will be distributed live to media in India for the 2019 broadcast, which airs live from the Microsoft Theater in Los Angeles on Thursday, December 12 at 5:30 p.m. Pacific time.

Last year’s show drew more than 30 million viewers, but it’s clear that host and producer Geoff Keighley wants the show to be bigger than the Oscars, the Emmys, and the Grammys. So India is not a bad place to expand.

Performers will include Green Day, Chvrches, and The Game Awards orchestra conducted by Lorne Balfe. Keighley recently told me in an interview that the show will be simulcast live in 53 Cinemark Theatres movie theaters around the country, alongside the opening night release of Jumanji: The Next Level. Keighley said the show is unique in the world and it doubled its audience last year, showing the strength of gaming as a global entertainment.

The Game Awards 2019 will air live on television on MTV India, in addition to streaming live and free across OTT platforms including Viacom’s VOOT, Reliance’s JioTV and MX Player, at 7 a.m. on Friday India time. These distribution points are in addition to continued availability of the live show on platforms such as Facebook, Twitch, Twitter and YouTube. 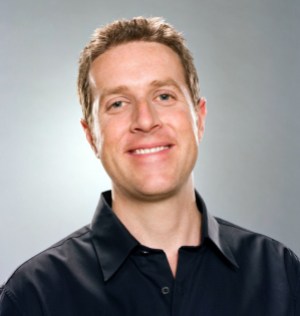 These new livestream partners in India join a slate of more than 50 global digital networks that will stream The Game Awards live and for free.

“One of the most fulfilling aspects of The Game Awards is how the show connects the gaming community around the world to celebrate our shared passion,” said Keighley, in a statement. “We’re thrilled to grow our distribution in India with an incredible group of partners that share our view that gaming is a universal language that challenges, inspires, entertains and ultimately unites cultures.”

The Game Awards partnered with Nodwin Gaming to manage the distribution deals in India. Akshat Rathee, cofounder and managing director of Nodwin Gaming, said in a statement, “As India finds its place in the worldwide gaming ecosystem with its mobile centric approach, we are proud to bring the Game Awards to Indian youth across multiple platforms. We look forward to celebrating our love for gaming with everyone across the planet.”

I’ll be at The Game Awards in Los Angeles, and GamesBeat is one of the 80 publications that voted on the awards. I am betting that my favorite game of the year is not going to win.