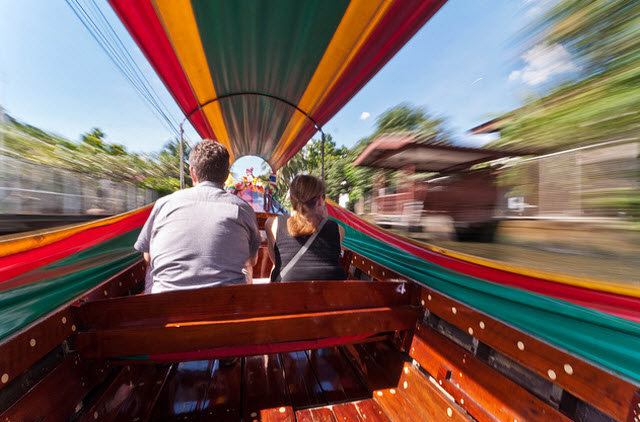 Get ready for a ride on the Global Internet Speedup Initiative. It’s an alliance of companies who want to make the internet faster by shortening the distance that data has to travel when someone is requesting it.

With the new standard, it will be easier to fetch something like a YouTube video for any given user. That’s because of the alliance among companies such as OpenDNS, Google, Verisign, Comodo and major content delivery networks such as Bit Gravity, CD Networks, Cloudflare, and EdgeCast to create the faster internet. It could also speed up the delivery of other frequently-used data as well.

The companies can do this because they can make changes to the domain name service (DNS), or the address book for the internet, which takes the name of a web site you have typed into your browser and converts that into an internet protocol (IP) address. That routes the request to the proper web site, which sends the web page or video back to the user.

When you make a request to see a YouTube video, you don’t just go to the web site. Google, the owner of YouTube, has already set up a bunch of different caches of the videos around the internet. Your request goes to any one of those caches to fetch the video you want. This kind of network is called a content delivery network. It reduces traffic jams on the web caused by long distances traveled to get data.

Under the new initiative, an alliance partner like OpenDNS, which has 30 million internet users, would make more intelligent routing decisions based on the location of the user. The DNS server would receive the request and route it automatically to the nearest cache of video or other content being requested. That video is then served to the user so that it gets to the user as fast as possible. It’s also a safer way to get the data on top of being faster, said David Ulevitch, chief executive of OpenDNS, in an interview.

“If there are 20 places you can go to get your oil changed, you want to go to the nearest place,” said Ulevitch. “This is putting end users first. Starting today, tens of millions of internet users will benefit from fairly dramatic speed increases.”

To do this, a bunch of companies need to cooperate on open standards about how to handle the routing of traffic. OpenDNS alone has about 2 percent of the internet users, while Google also has a huge chunk through its Google Public DNS service. Comodo also offers a free DNS resolution service, Secure DNS. The draft for the standard was created a year ago and OpenDNS began implementing it in code about six months ago.

“It’s a nice win for users and it shows that collaboration works when it is based on open standards,” Ulevitch said.

OpenDNS has 60 employees and its investors include Sequoia Capital and Greylock Partners.