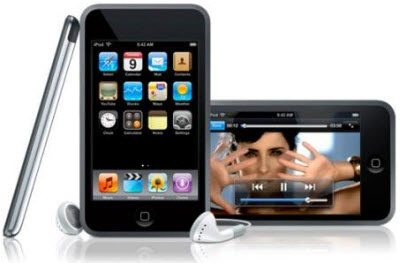 Apple’s iPod Touch is building a long-term base of loyal owners who could one day become iPhone owners, according to the latest analytics report from Flurry.

Over the past six months, the iPod Touch has gained four percentage points of market share in terms of users sessions. The iPhone continues to grow in user sessions, but its share has dropped, while Android’s has gained slightly.

Apple’s most recent report says that 58 million iPhones and iPod Touches were sold worldwide through the end of September. Of those, Flurry estimates that 24 million, or 40 percent, are iPod Touches. The iPod Touch is building loyalty with pre-teens and teens, even before they own phones. That’s a lot like Apple’s Mac strategy of getting its computers into schools and McDonald’s Happy Meal marketing strategy. It’s called “life stage marketing.” 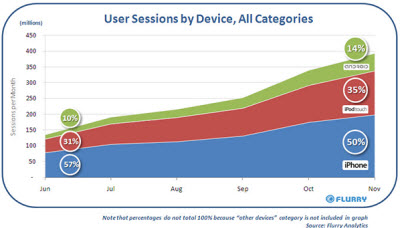 The iPod Touch users already have their own iTunes accounts, saved personal contacts, hundreds of purchases, and good knowledge of the iPhone interface. It’s easy for them to be upsold to the iPhone. If they switch to something else, the costs of doing so are pretty high, and it raises the bar for Apple’s challengers.

Flurry compared how iPod Touch session usages has changed over the past six months, particularly with social networking apps. Games for the iPhone and iPod Touch have become increasingly social with the inclusion of features like leaderboards, friends lists, and remote multiplayer modes. The data shows that total session growth on the iPod Touch for social networking apps is outpacing that of the iPhone and Android.

Flurry’s report is computed from a sample of 3,000 apps, 45 million consumers, and four platforms: Apple, BlackBerry, JavaME and Google Android. Each day, Flurry tracks over 15 million end-user sessions across apps with Flurry’s analytics.

[The excitement in this industry is one of the reasons why we’re holding an event called DiscoveryBeat on Dec. 8 in San Francisco. The event will explore the secret recipe for getting your social game or mobile phone application “discovered” in an age of increasing noise. Get your ticket today].