The Securities and Exchange Commission recently released the proposed rules for the crowdfunding exemption of the 2012 Jumpstart Our Business Startups (JOBS) Act. Confirming initial indications, nowhere in the over 500 pages of proposed rules are businesses raising capital under the exemption required to verify that investors remain within legal investment limits.

The decision to allow people to invest in opportunities not vetted by regulators and without any income or net worth verification is a symptom of the problems inherent in the law. The JOBS Act attempts to do the impossible: Balance investor protection with the desire to enable companies to raise money from strangers all over the country with minimal red tape.

And I am saying this as one of the earliest proponents of a crowdfunding exemption. 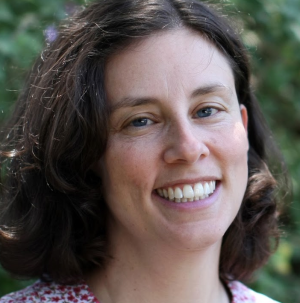 My involvement with what ultimately became the JOBS Act began in 2010 as I worked with entrepreneurs, artists, and makers attempting to raise capital. My colleagues and I encounter their frustrations every day at our firm, Cutting Edge Capital, which focuses on the financing needs of small to medium sized businesses.

The commonly used securities laws make it difficult and expensive for small businesses and entrepreneurs to publicly offer investment opportunities if the investors are not wealthy ($1 million in net worth or $200,000 in annual income).

In 2010, through a nonprofit that I co-founded called the Sustainable Economies Law Center, I submitted a formal petition to the SEC. The petition made a simple request:

Allow ALL investors the opportunity to help entrepreneurs raise capital by creating an exemption from the onerous federal filing requirements as long as investors put in no more than $100 per offering.

Our original petition garnered media coverage and letters of support from all over the country, yet we heard nothing from the SEC. But a White House staffer became intrigued by the idea after we presented it to the SEC’s annual Forum on Small Business Capital Formation. Congressional hearings and a Presidential proposal for a crowdfunding exemption followed, and after some changes in the House and the Senate, the final legislation – the JOBS Act – was signed into law on April 5, 2012.

So how does it feel to be the one whose petition led to the creation of the JOBS Act?

I have many concerns about the final version of the crowdfunding exemption (Title III of the JOBS Act), which is very different from our original idea. The maximum allowable investments (generally 5 percent of net worth or annual income) are much higher than our original proposed cap of $100, and without income or net worth verification, investors stand to lose more than they can afford.

Because of the large potential risk to investors, Congress felt compelled to impose onerous requirements on companies raising money under the crowdfunding exemption. For example, reviewed or audited financials are required for companies raising more than $100,000 and companies are prohibited from directly communicating with potential investors other than to tell them to look at the website of a crowdfunding intermediary. We believe this defeats an important purpose of investment crowdfunding – the opportunity for company principals to communicate directly with potential investors.

In fact, since submitting our petition, we have focused on a much better way to do investment crowdfunding. We now use a little known tool that has existed for decades called Direct Public Offerings (DPOs) that works under existing law.

While DPOs also allow public offerings of securities to all, whether wealthy or not, they must be filed with the states and are screened by state level securities regulators who have a great deal of experience at spotting fraud and overly risky propositions. That is a big advantage over the JOBS Act, which prohibits state securities regulators from getting involved. Vetting by state securities regulators reduces the need for onerous caps, limitations on communications, requirements of audited financials, and other limits which will likely make the crowdfunding exemption unworkable for a large swathe of businesses that need capital.

With final rules yet to come, the ultimate fate of the JOBS Act crowdfunding exemption still remains to be seen.

Fortunately, Direct Public Offerings, which are legal today, are a powerful way to raise significant amounts of capital from the crowd. In a short time, our clients have raised several million dollars from their customers, neighbors, and fans.

Direct Public Offerings make investing in Main Street possible today. Let’s put crowdfunding to use, and Americans back to work.

Jenny Kassan filed the original petition to the SEC to create a crowdfunding exemption in an effort to help small to medium-sized businesses, entrepreneurs, and startups. Through two years of active engagement, Kassan continued to advocate for what eventually became the Jumpstart Our Business Startups Act (JOBS Act) that was signed into law in 2012. Kassan is a managing partner in the Katovich & Kassan Law Group, is C.E.O. of the consulting firm Cutting Edge Capital, and co-founder of the non-profit Sustainable Economies Law Center. She has extensive experience with direct public offerings, nonprofit-for-profit joint ventures, cooperatives, and creative financing tools. She has a law degree from Yale and a masters in city planning from U.C. Berkeley.