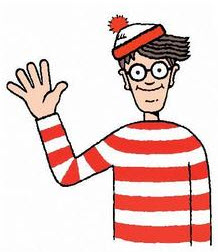 If you believe Oracle, Hewlett-Packard’s chief executive Leo Apotheker has been dodging Oracle’s subpoena in a lawsuit against SAP. But Apotheker has finally surfaced to speak on HP’s earnings conference call today, from HP’s headquarters in Palo Alto, Calif.

Apotheker, who was formerly CEO of SAP and was appointed as HP’s CEO on Nov. 1, is wanted for testimony in a case where SAP allegedly set up a division to pirate Oracle’s software. Oracle is asking for $2.15 billion in damages. SAP has offered to settle the case for a smaller amount of money. But Apotheker has been traveling around the world visiting HP’s employees in recent weeks. As a result, Oracle’s subpoena servers haven’t been able to find him. It’s like a big game of Where’s Waldo.

But Apotheker said in a press call today that he was at HP’s headquarters, within the area of the court’s jurisdiction. 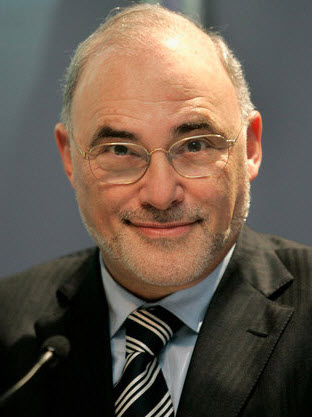 “That’s a bit of an odd question,” Apotheker (pictured at bottom) said when asked by journalist James Rogers of The Street.com where he was physically located for the call.

“Why, I’m on the media call concerning our fourth quarter in Palo Alto at HP’s headquarters together with a bunch of people. Would you like a picture?”

Tell Larry Ellison, the CEO of Oracle, that he can catch Leo if he hangs out in the HP parking lot.