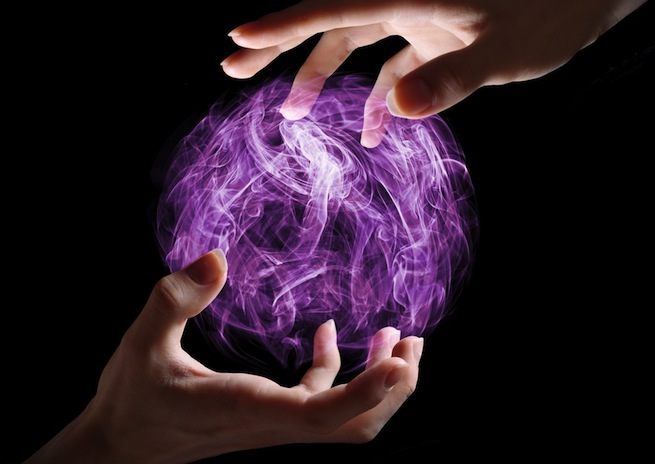 Anyone who has wanted to point their finger at their computer to make something happen will appreciate the Leap, a new motion control peripheral from startup Leap Motion. The small aluminum device uses finger waves and hand gestures to interact with operating systems and computer programs.

Thanks to Microsoft’s Kinect, motion control has gained more popularity and better precision in recent years. While the creators of the Leap, David Holz and Michael Buckwald, admired the Kinect’s motion sensing abilities, they knew they could create a much more precise device in a tinier package.

Holz and Buckwald’s goal was to create a device that takes the place of a mouse. Instead of being hunched over in front of a computer using a mouse and keyboard, people could use the Leap to browse through their computer with a finger, Holz told me.

Slightly larger than a USB drive, the Leap is accurate to 1/100 of a millimeter according to the company. This means it is responsive to small finger movements, even if your finger only moves a few millimeters. 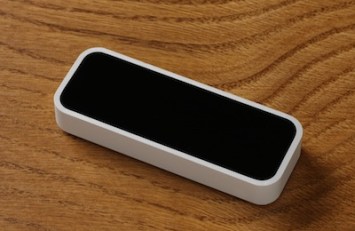 Above: The Leap device

The Leap creates a four cubic feet interactive space around it, where it can detect finger, hand, and arm movements. Depending on the program connected to the Leap, you can create drawings, zoom in and out of maps in Google Earth, play touch-based games, or interact with 3-D models with the device and you fingers.

Leap Motion’s technology is an extension of what we’ve seen from the Kinect and webcam-based motion control systems. Flutter, for example, developed a program that uses your webcam to control music and video playback. The Kinect senses your hand movements when browsing through the Xbox’s interface and people have hacked the device for other motion sensing projects.

The Leap has the benefit of working with computer programs and operating systems, giving it access to a vast number of programs. Anything a mouse can do, the Leap can do, said Holz and Buckwald.

Beyond the novelty of flicking your finger to scroll through a webpage, the Leap can benefit people who are unable to use a mouse because of physical limitations. It’s also useful for presentations, as I saw during the demo — you can make drawings on a presentation or flip through PowerPoint slides with the flick of a hand.

Leap Motion is accepting pre-orders for the Leap starting Monday. It will retail for $69.99 and will begin shipping in winter 2012. Software developer kits are also available so developers can create Leap-based programs.

Leap Motion was founded in 2010 in San Francisco. The company has raised $14.55 million from Highland Capital Partners, Andreessen Horowitz, Founders Fund, and other angel investors to develop its motion sensing technology.