Daedalic Entertainment made what I thought was the biggest video game franchise news of last week’s Game Developers Conference 2019 in San Francisco — it’s getting into The Lord of the Rings with an adventure game about Gollum.

The German publisher announced the news this morning. I did an interview with Carsten Fichtelmann, the CEO and cofounder of Daedalic, on Thursday. It started out as a briefing on the news and his company, but we delved deeper into a discussion about the sheer ambition and risk of telling Gollum’s story. Capturing the essence of the character — how he’s driven by his two personalities, both addicted to the obscene power of The One Ring — seems like such an intimidating task, especially in light of the excellent performance Andy Serkis delivered in Peter Jackson’s films (with the help of awesome digital animators and motion-capture specialists).

We talked about the new licensing deal between Daedalic and Middle-earth Enterprises, how the adventure game market has changed, how a studio like Daedalic could take advantage of works such as Black Mirror: Bandersnatch, and the approach the studio is taking with The Lord of the Rings. 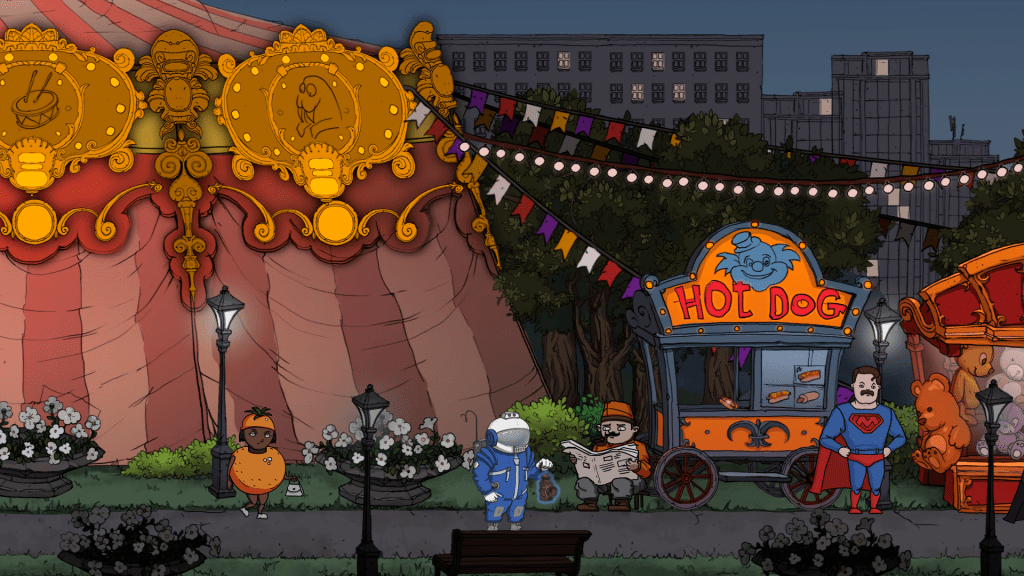 Above: The Great Perhaps is a time-traveling puzzle game from Daedalic Entertainment.

Carsten Fichtelmann: I founded Daedalic Entertainment in 2007. We were mainly concentrated on producing and publishing storytelling games in the past. “Mainly” means we had also titles in other genres in the past. We’re now 85 people based in Hamburg and Munich. We have 10 people in Munich. We were named several times studio of the year in Germany. When it comes especially to the German community—there are two big award ceremonies in Germany every year, the German Developer Awards and the Computer Game Prize. In those categories, we’re the record holder. We’ve won more awards than any other company in Germany at these two ceremonies, based on games you can find on Steam. We have about 60 games on Steam. Maybe 25 of them are self-developed games, over the course of the last 12 years.

Last year we had games like Ken Follett’s Pillars of the Earth. We had Shadow Tactics. We had four or five titles in the last three years that hit number one on Steam. Normally all these games are also coming out on consoles. We have about 20 games on PS4, on the store.

In the current market situation, there are many more subscription services showing up. It’s quite good when you’re capable of having the right content. … We face maybe the same situation Telltale faced last year, when they went down. The audience for storytelling games is still out there, but the problem is that this audience only likes to watch these kinds of games, which then you make a game that’s meant to be played on PC or console, and the audience maybe only wants to watch it on YouTube or Twitch. For us, we see big numbers of people who only watch our content, but we have no solution to monetize this audience. When we look at the new streaming portals, obviously what we see—Disney is coming to that space, and then you have the subscription services for games. You have new players coming with Google or Microsoft starting services for PC. But something in between, which is interactive storytelling, it doesn’t exist. Telltale already planned something with Netflix, as you know, but they couldn’t finalize that.

This is something where we think we as a company are the go-to guys for everyone, to do something like Black Mirror: Bandersnatch. Not from a filmmaking perspective, but more from a game production perspective. We’re storytellers ourselves. We’re doing interactive storytelling now for more than 10 years. We can do what you call interactive experiences, not with the classic instruments of filmmaking, but with the Unreal engine. This is something where we’re planning for the future. Due to the fact that we’ve released so many storytelling games — we have quite a good international standing when it comes to storytelling — I called, four years ago, the guys from Middle-earth Enterprise in Berkeley, like Peter Jackson did 20 years ago. I said, “I’d like to do games about The Lord of the Rings. After some negotiations over the course of maybe three years, we’ll announce … this is the big thing. We’re doing games based on The Lord of the Rings.

GamesBeat: This is interesting, because I few years ago, I noted how people should bring their licenses to you for storytelling adventure games. And here we are with The Lord of the Rings.

Fichtelmann: This is one of our solutions for facing the storytelling situation. This is our philosophy when we do storytelling games. Are we doing something timeless? When you look into our 2D adventure games, which we put out over the last games — for example, the Deponia series, that feels like a playable Futurama. This universe will have the same freshness 20 years from now. That’s the case with The Lord of the Rings. It’s been around for 60 years. Amazon is planning the most expensive TV series ever.

GamesBeat: Are you doing anything to tie into that Amazon series?

Fichtelmann: At the moment, this is our case: Amazon is doing their series, and then there’s the Athlon MMO. But these are all the things I’m familiar with. Obviously, there are potential collaborations for the future. But we’re concentrating on what we’re doing. Our first game we’re doing is about Gollum. The conflict is always in the main character, in the protagonist. You have the two characters talking to him continuously. From a storytelling perspective, it’s a good starting point to do whatever we want to do.

GamesBeat: I can’t be the first person who’s said it’s unexpected and ambitious to start a licensing partnership with a game about Gollum. 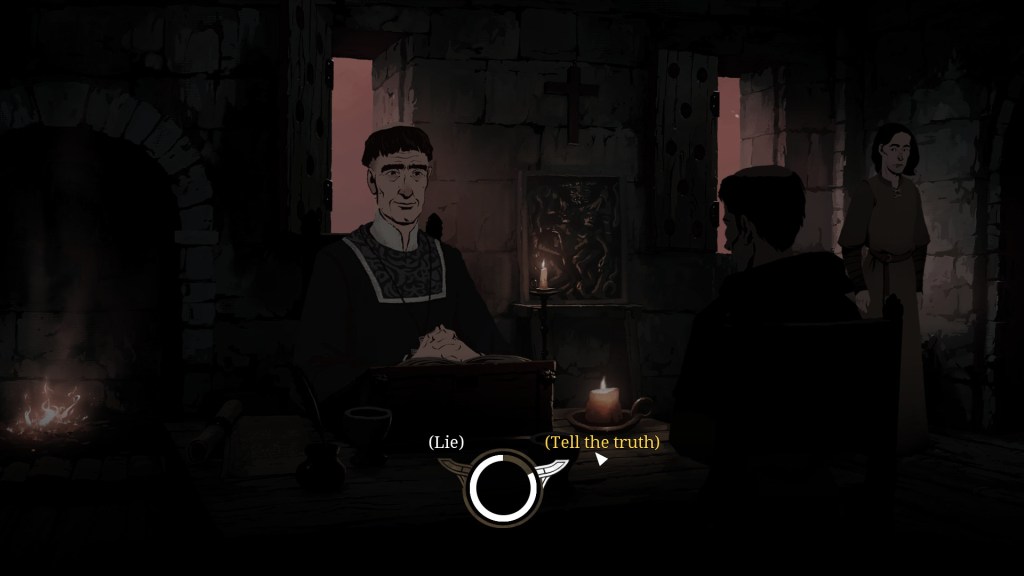 Above: Pillars of the Earth is the adventure game that Daedalic made based on Ken Follett’s novels.

Fichtelmann: Yeah. [Laughs] But doing something ambitious is better than doing something everybody does. When we approached Ken Follett about doing a game based on Pillars of the Earth, which is 1,400 pages, we said, “Yeah, it’s doable. We’ll bring a fresh look at it.” It’s quite niche, but all the experience we’ve had with Pillars of the Earth and the other games we’ve produced, and also action games like The Long Journey Home—I think we’re now capable of this. Everything we’ve done when it comes to storytelling, we already have that in our genetics. Now we can bring an action part to this.