When Cafe World debuted on Facebook on Sept. 30, it lit up the social network immediately. The title, a simple simulation where you make food and run a restaurant, took off faster than any other social game in history.

In its first seven days, it got more than eight million users. That’s a faster growth rate than Zynga saw for its FarmVille game, which now has more than 56 million monthly active users. Now Cafe World has topped 15 million users (source: AppData) and it has helped boost Zynga’s presence on Facebook to more than 148 million monthly active users. It’s clear that Zynga is now reaching a mass market through Facebook. Zynga has the first mover advantage, and its reach is going to be very hard for its rivals to duplicate. 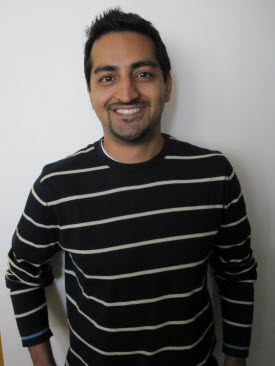 These numbers are unheard of and they raise a lot of questions. While other game makers toil for naught, Zynga makes it look so easy. How does Zynga do it? Will it last? Is the game really that good, or is it spreading rapidly because Zynga can cross promote it to so many of its other game users?

We put those questions to Roy Sehgal (right), general manager of Clubhouse Studio, the new Zynga game design studio that built Cafe World in just five months. Sehgal didn’t reveal the secret sauce, or playbook, behind the game. But his answers are quite relevant to anyone trying to knock Zynga off its perch as the top company in social games.

Sehgal, a former casual games creator at MTV Networks, joined San Francisco-based Zynga in April. Back then, the company had less than 200 employees. Now it has more than 500, counting about 100 contractors. Sehgal led a team that conceptualized how to go after the category of food/restaurant-themed game. The team included 25 producers, product managers, game designers, artists and programmers — all from a variety of backgrounds, not just video games. Sehgal himself considered himself to be a “web guy, not a game guy.”

Of course, the team didn’t have to look far for inspiration. Rival social game maker Playfish had pioneered the food genre on Facebook with a game called Restaurant City. From one view, it certainly looks like Zynga just cloned the Playfish game. 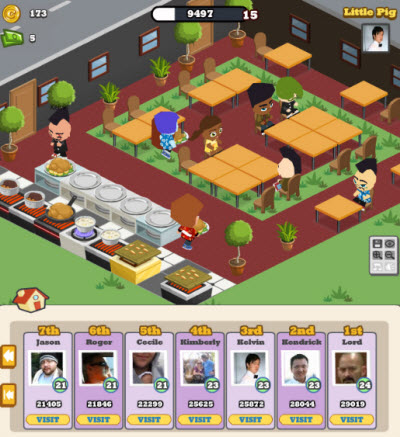 But Sehgal says that the game really has a different game mechanic at its core. Sehgal describes his title as an “ultimate cooking and restaurant empire building game.” The player actively participates in cooking dishes for the restaurant and does so in a social way. You select a dish, buy the ingredients for it, and then cook it over a period of time. You return to the game when the cooking is done and serve it to the customers. It just takes minutes a day.

“A clone of Restaurant City?” said Sehgal. “Not at all. I would compare it to Diner Dash or Cooking Mama. It’s about cooking and running a restaurant, while Restaurant City is built around a trading mechanic. These games are only related on the surface as food-related games.”

The Clubhouse Studio team polished the game for five months. Normally, console games take a couple of years and $10 million to develop. But this kind of game resembles a mobile game, where the timeline is much shorter. Zynga typically spends three to six months on its games. So Cafe World had more time to cook than usual.

From the start, the team created playable prototypes so that they could constantly judge whether their ideas were working out. They focused on doing quality 3-D graphics, which is something that a lot of Facebook games are missing. And while this team as a whole had not worked on a game together before, they did have the benefit of learning from the wisdom of games such as Mafia Wars, poker, and FarmVille. In the game, players climb a ladder of achievements, always striving to get from one level to the next. The more you play, the more dishes you can unlock and then cook. 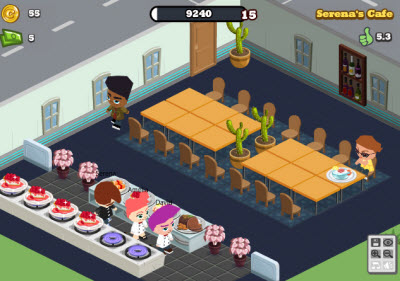 Beyond making the game, the team designed “virality” into the game. This is another trick from the Zynga playbook (which is apparently quite a valuable document; Zynga is suing Playdom for hiring three former Zynga employees who allegedly brought a “Zynga playbook” with them to Playdom). There are ways to get your friends to tap their friends. And they designed “engagement” into the game, meaning that they figured out you had to return to the game every day so that you could tend to your cooking dish. Another part of the success, which Zynga doesn’t talk about, is how it can rapidly add server capacity to handle a sudden rush of signups for its games.

Zynga also designed a way to make money in the game. You can earn virtual currency known as coins by running a successful cafe. You can spend those coins on dishes that you buy from others. But you can also use real money to buy Cafe coins that you can use to decorate your restaurant with a French or Indian motif.

The game was released on Sept. 30 among Zynga’s employees. It went viral like a rocket ship. Now, on any given day, 6.5 million users are playing it. Zynga cross-promoted the game to its other game users. That’s an element of its advantage, but the huge growth wasn’t due only to the promotion, Sehgal said. The level of promotion was no more or less than usual, he added.

Certainly, Facebook users are a sharing bunch. They love to share what they’re doing with others and they don’t mind spending money on their games. That’s the advantage that Facebook app makers have over those who focus on other platforms such as the iPhone.

To keep the game going, Zynga is releasing new features and assets for the game several times a week. Sehgal told the team that 20 percent of the effort was building the game and 80 percent is operating the game as an ongoing service. He said that Zynga’s support people stay engaged with users, who offer real-time feedback. That feedback is a source of inspiration for future feature upgrades. 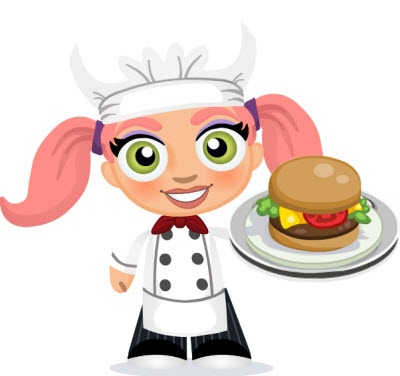 Traditional game makers have no such relationship with their users. That’s because their games are sold by retailers, who keep the customer information and don’t share anything meaningful with the game publishers. Zynga, by contrast, can tweak its games, analyze the results, and make more changes.

Is this a fad? Sehgal lived through the Internet bubble and its crash in the 1999-2001 time frame. He thinks that the over-hyped dotcom market, as well as the mobile gaming hype a few years ago, is far different from social games today. This time, it’s clear that users are engaged.

The lifespan of Zynga games — Mafia Wars, FarmVille, and poker — suggest that these games are more like massively multiplayer online games, which develop loyal fan bases who play the games for a long time as a way to socialize with their friends. Zynga’s games don’t have endings — they’re made to be played for as long as people stay interested.

Zynga isn’t saying much about the exact profile of its users. But since Facebook has more than 300 million members worldwide, it’s clear that the users are mass market gamers, not hardcore console gamers. The success with these mass market gamers is encouraging because it shows that games are becoming an essential part of mainstream life.

“It’s part of a daily habit,” Sehgal said. “We know that people are playing these games every day. And a lot of us find that we can play these games with our parents.”

Ultimately, Sehgal credits the team’s focus on quality for Cafe World’s success. To get more than 15 million users, a game really has to be fun. Now the pressure is on the other teams at Zynga to keep the hot streak going. “We’ve just reset our expectations for a successful game,” Sehgal said.