What was once a conceptual pipe dream is now an inevitability bound to transform some of the biggest industries in the world. The popularity of electric vehicles has exploded in recent years. Global sales of electric vehicles rose 65% from 2017 to 2018 — in the U.S., sales rose 80% in 2018 alone, according to McKinsey. And despite a hiccup in growth due to the coronavirus pandemic, the trend shows signs of continuing to grow, as more electric vehicle makers enter the market and established players release electrified models. The existing offerings in the marketplace for true performance electric vehicles have remained narrow with no heritage automakers stepping into the opportunity. That is, until the Porsche Taycan hit the road.

With the first models launching in the U.S. in late 2019, the Taycan is currently the top-selling non-SUV Porsche in the U.S. The Stuttgart-based company leveraged its long history of developing innovations for the racetrack in building its market-leading electric vehicle. And the success of the Taycan is just the beginning of a new electrified chapter in Porsche history. The company spent more than a billion euros updating its production facility in Germany to manufacture the new Taycan. Meanwhile, Porsche is investing another six billion euros in electric mobility projects and manufacturing over the next two years. 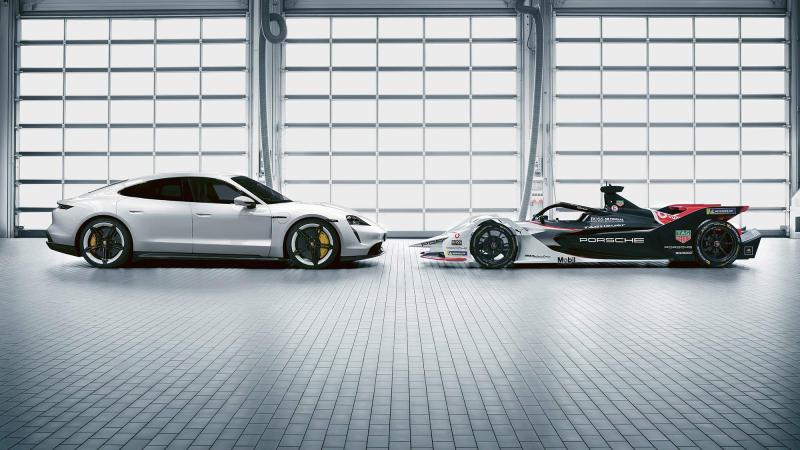 Porsche has always been a forward-thinking engineering-based company,” says Calvin Kim, product spokesperson for the Taycan. “It was inevitable that the brand would adopt electrification in some fashion, but the success Porsche has had on the racetrack inspired our engineers to approach it like a performance booster. The statement we are making is that electrification can be just as dynamic, emotional, and evocative as any other Porsche sports car, and the Taycan is the right vehicle to prove it.”

Much of the engineering and design inspiration for the Taycan was born on the race track. Porsche’s success in motorsports has always spurred new innovations in its vehicles. For example, while the industry standard for electric vehicles is 400 volts, the Taycan is powered by an 800-volt system inspired by multiple victories at the 24 Hours of Le Mans. Porsche engineers found that not only could this system charge faster, it offered significant weight savings for better handling. 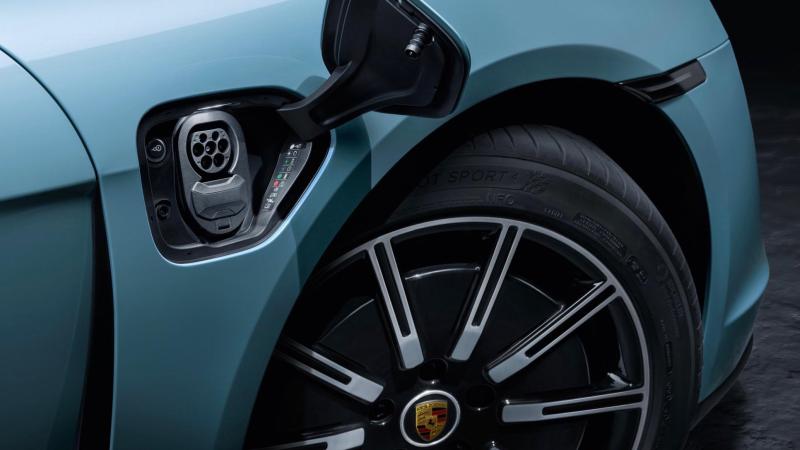 The Taycan is powered by an 800-volt system inspired by multiple victories at the 24 Hours of Le Mans.

Meanwhile, Porsche created an entirely new transmission system to power the Taycan. The vehicle’s two-speed transmission, new to the electric vehicle market, improves both acceleration and efficiency at higher speeds.

The Taycan lives up to the Porsche badge in performance and soul, but also in customization. Porsche enthusiasts are known for expressing their individuality through their vehicles. While personalization options were nearly non-existent in the electric vehicle space, the Taycan offers hundreds of combinations with a Porsche-worthy range of interior and exterior choices. 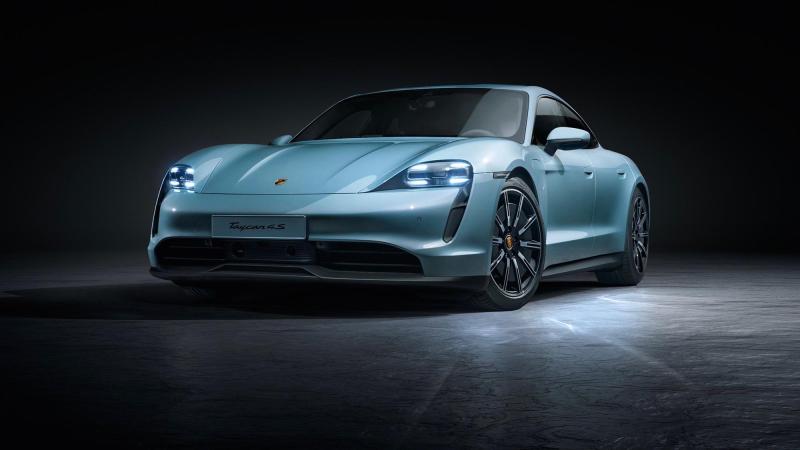 The all-electric Taycan may be new, but it embodies old school elegance.

While the Taycan is already setting records in the U.S. and around the world, it’s just the beginning of electrification at the storied German automaker. Porsche plans on at least 50% of vehicle sales to be some form of electric (hybrid or plug-in) by 2025. For absolute purists, don’t worry, the company will continue to offer combustion vehicles. 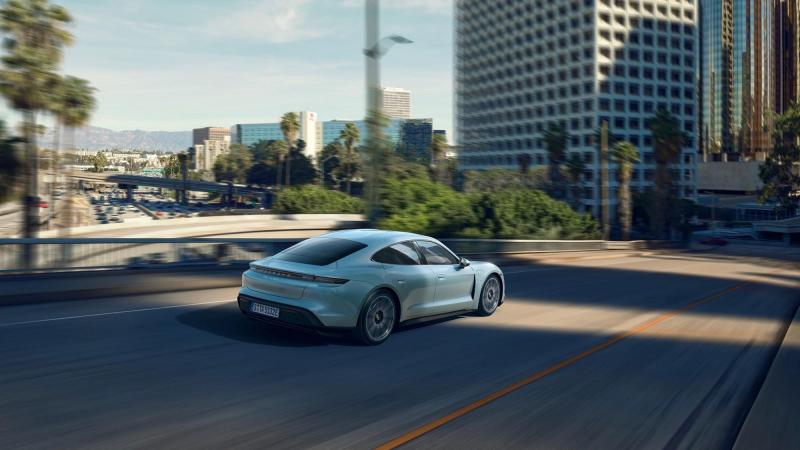 “The strategy is to provide our consumers with multiple ways to engage with a car,” says Kim. “For some, it will remain internal combustion until the end. For others, we feel the flexibility of operating in electric mode, gas mode, or some combination of the two will entice people to drive a plug-in hybrid. And yet others will opt for a pure battery-electric experience. The important thing is to produce powertrains and vehicles that remain truthful to our brand value. And for Porsche, that value is centered around performance.”

As Porsche continues to expand on its electric vehicle offering, expect to see more innovations and even greater customization possibilities. For a company with an 89-year history of producing the world’s most inspiring vehicles, there’s no option but to keep moving forward.