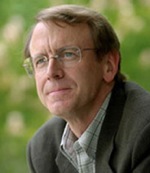 (Editors note: John Doerr has given us an exclusive on the “full length” version of an essay which Time magazine is running this week in its “Nation” section. For background, just a few days ago we mentioned John’s role in pushing for emissions-capping legislation in California. As a venture capitalist with Kleiner Perkins, he has been investing in clean technologies.)

After dinner one recent night, family and friends were discussing their views on global warming. With clarity and wisdom beyond her 15 years, my daughter said, “Dad, I’m scared and angry. Your generation created this problem. What are you going to do to fix it?”

Last week California’s legislators rolled up their sleeves and got started on an answer, passing the most important legislation of the year, possibly of the decade: the California Global Warming Solutions Act. With any luck, its cooling effects will be feltâ€”literally–for the rest of the century–and beyond.

Though confronted with a growing climate crisis, the nation has struggled to find scaleable, society-wide solutions and the political will to enact them. When seven Northeastern states capped emissions of greenhouse gases by utilities last month, we took a giant step forward.

But until last week, no American state had been bold enough to approve legislation that caps greenhouse gas emissions across all of the meaningful economic sectors. California-where one of eight Americans live -will now require major industrial producers of such gases to reduce emission by 25% by 2020. That means cutting the annual release of carbon dioxide in the state by 174 million metric tons. It takes a forest twice the size of New Jersey to process that much of the heat-trapping gas.

How will we achieve this? By letting free markets discover the best solutions and invest in them. Create a market for carbon removal and set limits on companies’ allowance for carbon emissions. Companies that pollute less get credits and can then sell those credits to other companies, who buy them to offset their excess carbon. A similar market system for sulfur dioxide is already in place to cut sulfur pollution in half by 2010, dramatically lowering acid rain.

This “cap-and-trade” approach works, because it provides certainty-companies have a specific greenhouse gas emission target-and because free markets are the most efficient way to reward innovation. A market-based system has two added benefits: it creates new revenue sources for companies clean enough to sell credits, and it enables free markets to determine the best solutions, instead of having governments bet on what they think are going to be the winning innovations.

This vision is one reason a Republican governor and Democratic legislature were able to agree on the global warming act. Credit goes to Speaker Fabian Nunez, Member Fran Pavley, President Don Perata, Governor Arnold Schwarzenegger, and the bill’s sponsors, Environmental Defense and the Natural Resources Defense Council. And to unsung champion Bob Epstein, a Silicon Valley entrepreneur turned environmental hero who advocated this policy for over a year.

As a result, California will reap large and calculable economic benefits. In California, the world’s sixth largest economy, the Climate Action Team determined that global warming reduction would increase income by more than $4 billion, while providing 83,000 new jobs. Growth will come from several sources: innovative green technologies will create high-quality jobs and new revenue streams. In addition, companies will have increased purchasing power once they decrease energy costs and reduce imports of fossil fuels. The notion that businesses will leave the state is flawed, because all suppliers that sell to California are affected, not just California-based suppliers. The doomsayers just don’t get it: We can harmonize economic growth and environmental benefits.

California legislation alone is not enough. Global warming is, after all, a planetary problem. There is no quick fix, no silver bulletâ€”and time is of the essence, because the damage is cumulative and growing. The first greenhouse gases from Henry Ford’s Model T are still circulating in our atmosphere, and every year more and more drivers hit the road. Looking beyond this policy, we need more aggressive fuel economy standards plus direct incentives or mandates to clean up coal plants and to conserve energy. All this will take policymakers and innovators working side by side.

In fact, some of us in venture capital are already seeing “Greentech” as a growth area. We’re backing breakthroughs in energy generation, storage, conservation, transportation and distribution. Clear carbon emission limits are generating even more demand and entrepreneurs are rushing to meet it. Just this year my firm has received hundreds of proposals for innovation and opportunities that are breath-taking-and breath-saving. American innovation can end our oil addiction the same way Brazilians kicked their oil habit using ethanol grown from sugarcane.

What can we do as individuals? First, press state and federal officials to lead, not follow, with green policies. Second, practice good green living. Buy green products from green stores. They do exist. For example, Wal-Mart sells energy-saving compact light bulbs and detergents, and is decreasing carbon emissions at its stores by 20%. Third, read http://www.fightglobalwarming.org/.

Four out of five Americans support efforts to curb global warming, but our leaders in Washington have been slow to act. This is not the first time. Many of the most important advances in clean air and environmental policy, including energy efficiency standards for appliances and clean car laws, have started in California, spread across the country and finally been embraced and consolidated in national legislation.

So Washington, do you hear us? A national approach is inevitable, and we should start now, before states form a patchwork of 50 different plans. Predictability and consistency will encourage businesses across America to invest in going green. Going green may be the largest economic opportunity of the twenty-first century. It is the mother of all markets. Going green is the next big thing. And the next generation insists we do it.