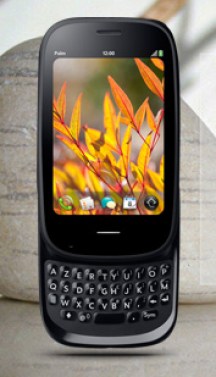 Is this the Palm Pre 2? French carrier SFR has apparently spilled the beans on Palm/HP’s new smartphone, which looks to pack sportier internal specs while keeping the same overall design as the original Pre, PreCentral reports.

The Pre 2 will apparently run a 1GHz processor and feature 512MB of RAM (the same as the Pre Plus). SFR says it will pack a “flatter screen” and a “more refined” design. Finally, it will run Palm’s new webOS 2.0 software, which will offer faster boot times.

I’m personally hoping that the carrier is just running an old shot of the Palm Pre to advertise the new phone, because I was definitely expecting Palm/HP to revamp the device for its next iteration. At the very least, I hope the Palm Pre 2’s screen is around 3.7-inches — which would let users take better advantage of webOS’s delectable user interface than they can on the current Pre’s 3.1-inch display.

Surprisingly, SFR hasn’t removed its online entry for the phone, despite all of the attention it’s been getting. Either the carrier simply doesn’t care, or Palm/HP will soon be making an official announcement about the device (and perhaps a touchscreen-only Pre?). Hopefully the company will wait until next week to let the Windows Phone 7 furor die down.